Get golden tempura-battered flathead, prawns basted in chimichurri and oysters shucked to order. 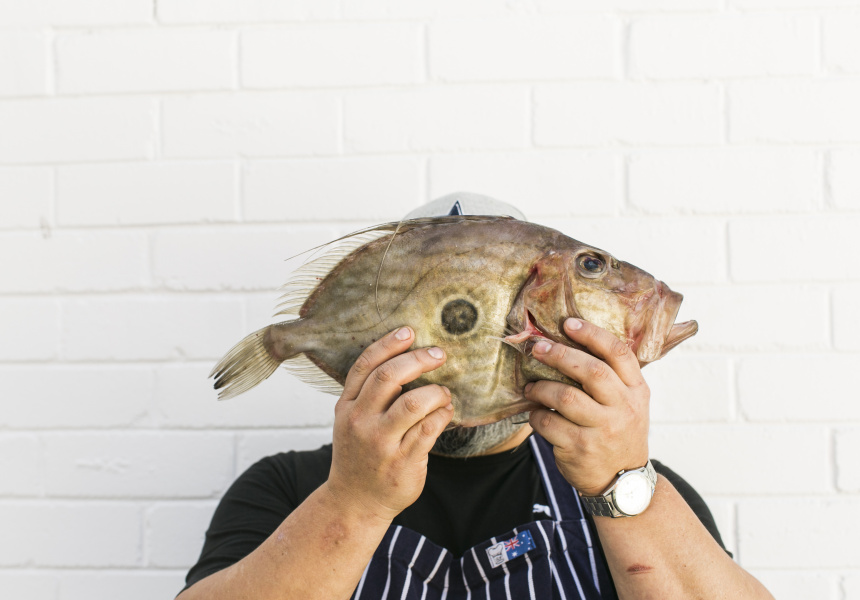 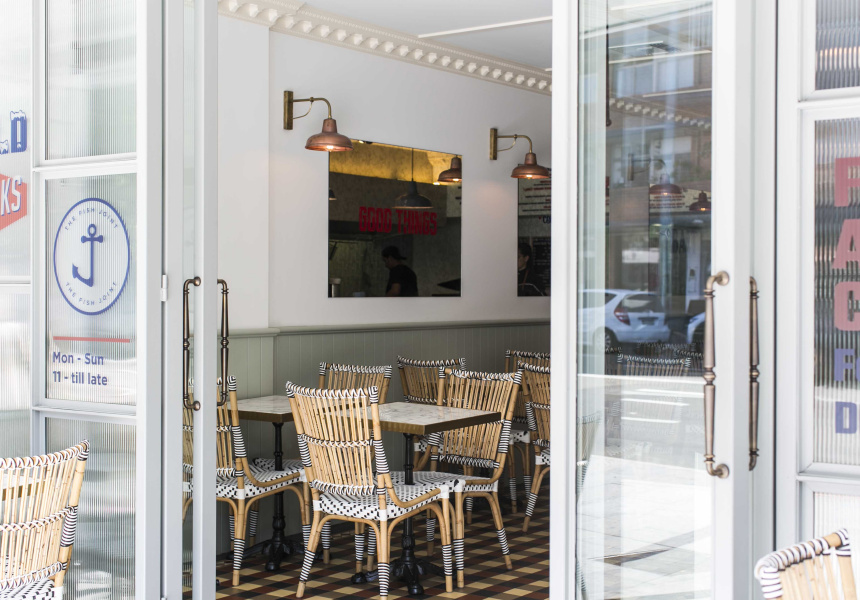 Peter Sarigiannis’s brand of humour is deadpan so it’s hard to tell if he’s joking when he says: “I was born above a fish shop on Marrickville Road.”

It turns out he isn’t joking – he’s one of five kids and his dad was a fishmonger who ran the shop under their flat. It’s still there, although it’s changed hands a few times.

Sarigiannis followed his dad’s lead, working as a seafood wholesaler before opening a series of venues, the most recent of which is The Fish Joint, a charming, compact eatery 100 metres from the beach in Brighton-Le-Sands.

Sarigiannis’s upbringing gave him a great respect for seafood, one that’s shared by the chef, Claudio Morales (formerly of Ash Street Cellar, Ivy’s Uccello and Rose Bay’s Regatta). When I arrive Morales is carefully propping up whole snapper and barramundi in ice in the display fridge. “It’s the way they swim through the water, and it’s the best way to store fresh fish,” he says.

Everything at The Fish Joint is fresh says Morales. “We don’t work with frozen products because you can tell the difference in the texture,” he says. “Frozen stuff is spongy and it smells a bit. When you slather it with sauces you can kind of hide that, but my ideology is to leave the food as clean as possible.”

The salmon ceviche is a good example. Cured in mandarin and lime, the slices are cut thick and served with rocket and a rainbow of heirloom carrots. That fresh-fish texture is also there in the fried component of the menu: with the popcorn fish bites, the calamari, the panko-crumbed fish burger (served on a milk bun) and the golden tempura-battered flathead served with hand-cut chips.

There’s an array of salads that change with the season – such as the kabbouleh, a spin on tabbouleh, which is made with quinoa and kale topped with delicately salty feta – and the tomato sauce, chilli mayonnaise and tartar are made in-house.

The Fish Joint is within a row of shops that runs perpendicular to the beach. While the ocean is not visible from the chippie, it’s 100 metres away and, between the natural light flooding in the old-fashioned ribbed windows and washed-out aqua and white colour scheme, the shop has an authentic seaside feel. If it wasn’t for the large Australian prawns basted in chimichurri and the meaty Sydney rock oysters (shucked to order) on the menu, you might imagine yourself in seaside town of Brighton, UK, circa 1930.

This article first appeared on Broadsheet on November 2, 2018. Menu items may have changed since publication.