Owner Keita Abe doesn’t follow tradition – instead he’s guided by a sustainable ethos (and ingenuity and luck). The result? Huge, tasty soups unlike anything else in Sydney. 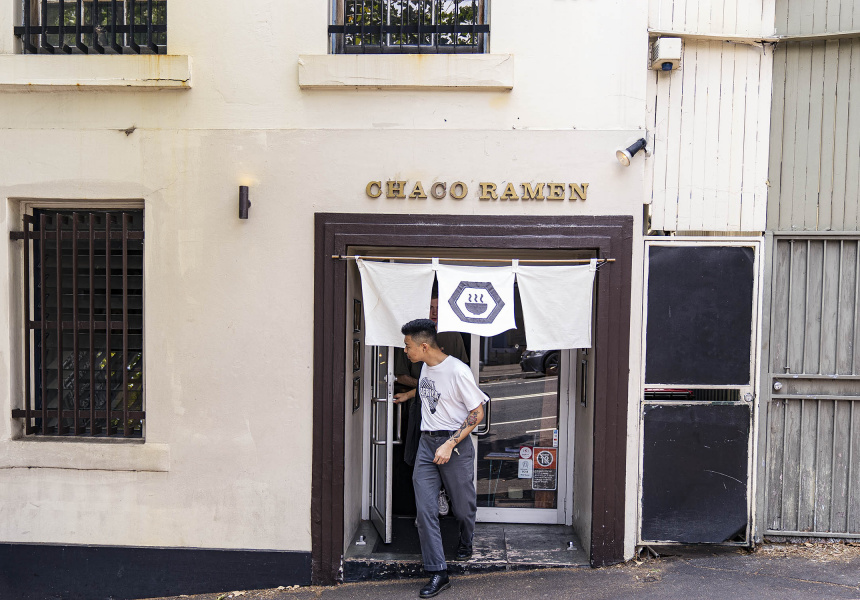 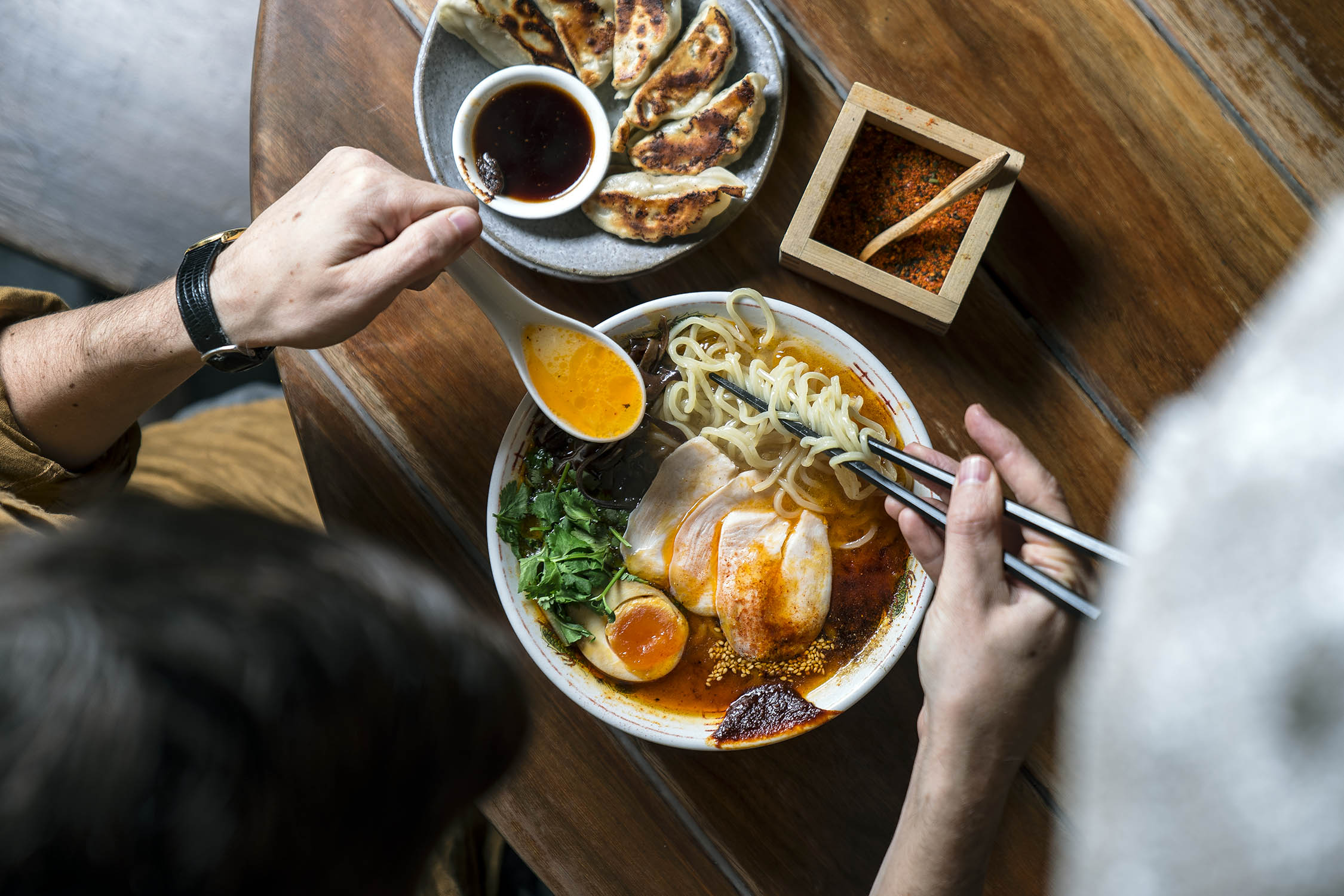 Chilli coriander, yuzu scallop, fish salt and fat soy – Chaco’s hugely popular ramen menu is unlike anything else in Sydney. And now, for the first time, it’s available six days a week.

After finding a bigger spot in Potts Point, Abe made the decision last year to split Chaco Bar into two – devoting the new venue (named Chaco Bar) to the yakitori traditions of his hometown of Itoshima, just south of the city of Fukuoka, and turning the old space into a ramen den. He used to serve both in the same space – ramen from Friday to Sunday at lunch, and skewers the rest of the time – but decided he could do a better job if he had two dedicated venues and more space. And so far, it looks like he's right.

Chaco’s four signature bowls are standouts on the Sydney ramen scene. Abe lets tradition guide his yakitori, but his ramen recipes are his own creations.

One of his most popular ramens was created by mistake. “[One of my] staff was ordering coriander for dinner; he was supposed to order six bunches but ordered 36,” Abe explains. “We couldn't send it back – it’s fresh produce and in the morning it gets gloopy. What are going to do? Fuck. Okay, we make something: coriander with spices, coriander with seaweed, coriander miso. We combined it some with sancho oil [derived from Japanese pepper] and blended it. That’s how the ramen was created.”

And you’re unlikely to find tonkotsu at Chaco. Abe is from Fukuoka, where the pork-broth soup originated, but he wants to make ramen sustainably and with a nose-to-tail ethos, rather than letting history or tradition guide him. So he used what he had in the kitchen – chicken bones, tomatoes, bonito and other things – to create the four signature recipes. “To be honest, I never worked in a ramen shop [before], so I just created ramen with a chef point of view. Ramen is about finding balance; if you use pork bones it’s just pork. Chicken is much more capable of creating [nuanced] flavours.”

There’ll likely be more ramen options to come – the team is working on recipes – but for now, the tiny restaurant will serve the signatures and a seasonal special or two. While it’s hot and humid he’ll be running cold ramen, a rarity in Sydney despite its appropriateness for the climate. It’s a surprisingly savoury and complex meat-free soy and dashi-based broth with tomato, truffle, a semi-cooked egg and a Japanese date. “Maybe in winter we’ll do a Wagyu miso ramen,” he says.

The sides are typical to what you’d find in many Japanese bar-restaurants in Sydney: gyoza, edamame, karaage (crumbed chicken), chashu (pork) rice and a few others. Although simple, they’re made to an exacting standard – Abe is clearly a perfectionist. He’ll likely add more sides in future – possibly an “interesting sashimi”.

This article first appeared on Broadsheet on January 14, 2020. Menu items may have changed since publication.