No, you can’t enter to see a late-night DJ or a live band. But if you feel like playing the pokies, come right in. 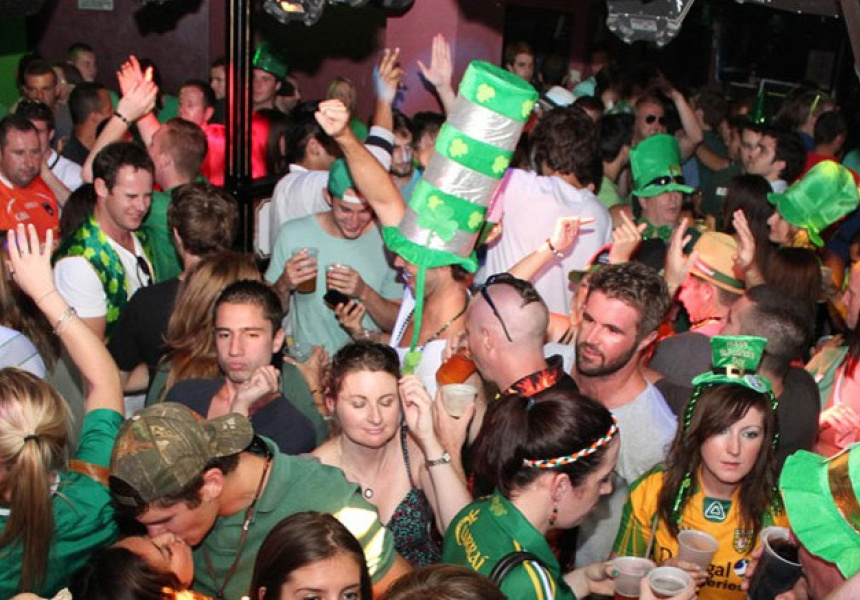 This week, the Office of Liquor, Gaming and Racing released information that revealed 16 pubs in the CBD and Kings Cross have been exempt from Sydney’s Lockout Laws since September last year.

The original laws state that no one can enter a venue in the lockout zone after 1.30am, though drinks may be served until 3am. The new data has revealed that exempted venues can continue to allow people inside after 1.30am on the condition that no alcohol is served after that time. Also not allowed is “entertainment” (read: no live music), other than gaming machines or background music. The venues with exemptions include Scruffy Murphy’s on Goulburn Street, The Albion Place hotel on George Street, Haymarket’s Triple 8 Bar and Kings Cross venues The Bourbon and the Vegas Hotel.

That some venues have lockout exemptions is not news. Tyson Koh is campaign manager for Keep Sydney Open, an organisation that opposes the laws and supports culturally rich late-night options in Sydney. He says this latest revelation is just another example of the one-sided lockout-law debate. “[The laws] make it easy for gambling to continue after the lockouts, but if you’re a live-music venue with live bands or DJs, they make it very difficult,” he says. “Keep Sydney Open isn’t about banning pokies or shutting down the casino, it’s about a diversity of options for residents and visitors. It’s about offering them something to do late at night in Sydney other than gamble. It just goes to show how poor the system actually is, and exactly what the priorities of the state government are.”

Members of the live-music community in Sydney, such as FBi Radio, music management group Future Classic and Goodgod Small Club in the CBD, have been vocal in their opinion that it’s unfair to limit the cultural good that live music brings. “It’s really disappointing that the state government, in effect, approves gambling as a form of entertainment over people enjoying live music with their friends,” says owner of Goodgod Small Club, Jimmy Sing. “The lockout laws have had huge impacts on us as a venue, and everyone we know.”

Koh is also adamant that the issue is not black and white. “Venues should be allowed to stay open if they’re offering something that adds to the city’s culture. Pokies are really limited. Gambling being the only thing you’re allowed to do after 1.30am – that’s just not ethical.”