On the first day it sold out in under two hours and the next weekend it sold 500 toasties. 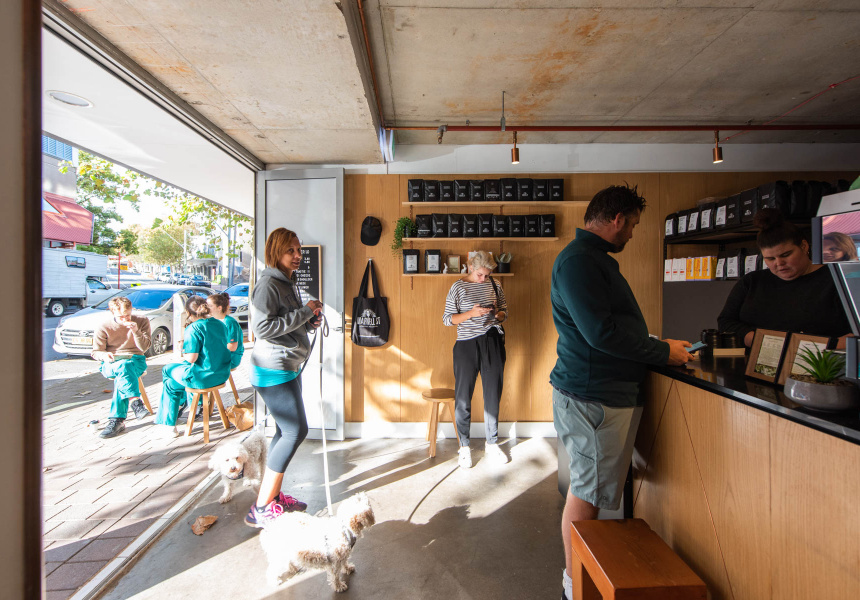 On the menu it’s called “lamb shoulder toastie”, but that simple description doesn’t capture the laborious three-day process required to make it. The meat is marinated in a concoction of ferments for two days to tenderise the protein, then it’s cooked in that brine for 14 hours and put in a 250-degree oven to blister the skin. Finally it’s basted in the ferment sauce once more and emerges looking like Peking duck. It’s shredded and placed between two pieces of bread with masala sauerkraut and fermented cucumber.

That doesn’t sound like your average lamb-shoulder toastie and that’s because Harry Kolotas never does things by halves. His first venture, Cavalier Speciality Coffee, pushed the boundaries of what a cafe can be, and his second business, Cavalier 2.0 (with his partner Sara) is similar (at one point he was cooking fine-dining eight-course degustation menus on Friday and Saturday nights). “I don't think anyone wants to go out of their way, to the back streets of St Leonards on Sunday morning, for a Woolworths[-style] ham and Coon cheese sandwich on a Turkish roll. If we open anything, it has to represent us. It has to be a bit edgy,” says Kolotas.

This is all happening at 34 Oxley Street, the site of Kolotas’s first cafe. Until recently it was a holding space for equipment, ferment jars and life’s miscellany; that was until Fergus Woolveridge of Marvell Street Roasters (which has supplied Cavalier since day one) suggested it might be a good place to show off the best of their beans.

Now it’s a three-day-a-week coffee bar serving Marvell Street roasts and killer toasties (although Kolotas says in the future it may open every day). You can taste multiple blends and single origins made from Marvell Street-supplied equipment and by Marvell Street trained baristas. The toasties were just an afterthought. “I was thinking, ‘Let’s just make it really easy and put some granolas in the [display] window, do some ham sandwiches, you know, some yoghurts and fruit cups. But I was thinking that isn't really me,” says Kolotas. “Let’s do some epic toasties.”

On the first day Cavalier sold out in the first hour and a half, and the following weekend, the four-day Easter public holiday, it sold 500 toasties. It was originally open only on Sundays, but has expanded to trade on Saturdays and Mondays as well.

Sara’s Bolognaise recipe is home-style, comforting and the toastie it comes in is packed with béchamel. The mac’n’cheese number has six types of cheese in dark-rye sourdough. The regular cheese toastie is equally impressive: it’s stacked with four layers of fancy-pants cheeses and a fermented Napolitana sauce. “Under sell, over deliver is the Cavalier way,” Kolotas says laughing.

Those are just this week’s flavours. Next Sunday they’ll be different and if this all kicks off further, expect to see the toasties at the nearby Cavalier 2.0, too.

This article first appeared on Broadsheet on May 9, 2019. Menu items may have changed since publication.