Whisky: What You’re Actually Tasting When You Drink It

It’s not specifically an ingredient, but it’s the first thing you’ll notice. 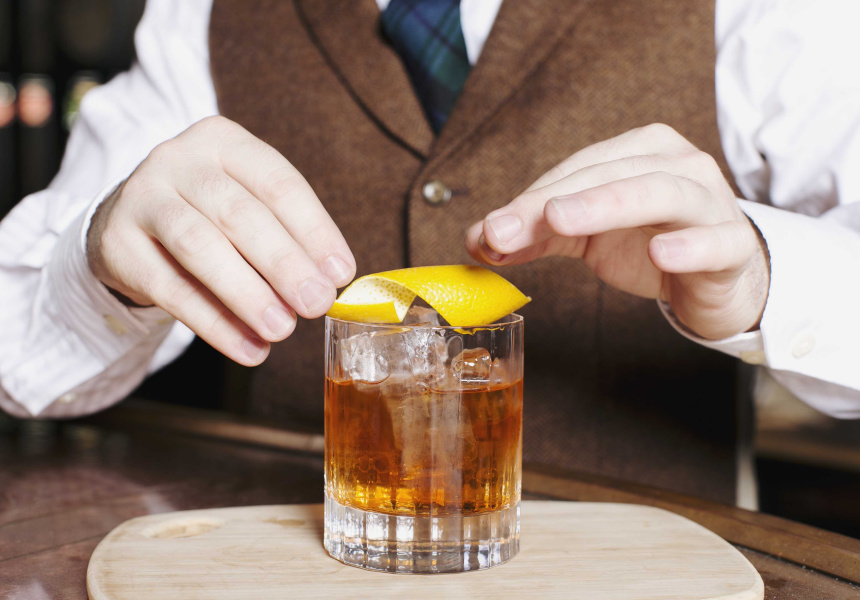 Garnish with an orange twist. 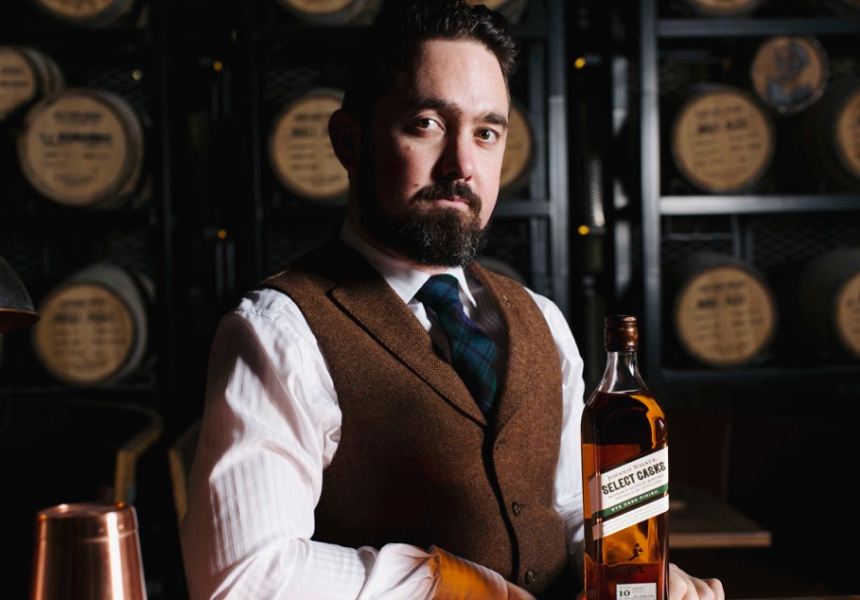 Beyond grains, water and yeast, one of the most important ingredients in whisky is the wood cask it’s aged in.

To make whisky, grain (in the case of Scotch it’s barley) is steeped in hot water to release natural sugars, which yeast then converts into alcohol. The wort, as this mush is called, is distilled twice, and the resulting spirit is poured into wooden barrels, or casks, to age (again, in the case of Scotch, for a legal minimum of three years). To qualify as “cask-finished”, it then undergoes a second maturation.

Unlike wine, which can develop in stainless-steel barrels and in the bottle, whisky relies on oak to develop its flavour. Other elements come into play – the quality and flavour of ingredients, the salinity of the air and other environmental factors – but the barrel has the most impact on the final product.

“The barrel is the last flavour enhancer or modifier that happens to a whisky prior to bottling,” says Sean Baxter, Johnnie Walker Whisky Ambassador. “The flavour imparted from the barrel is the first thing you’re going to notice when you drink it.”

Wood is porous, absorbing the flavours that surround it. These, as well as natural flavours and aromas in the oak, are infused into the whisky. Scotch Whisky can be aged in a new oak barrel, then “finished” in an old oak barrel for another layer of flavour: Talisker Port Ruighe Scotch Whisky is finished in ex-port barrels, so “the first thing you notice on the nose is port”, says Baxter.

European oak casks that were previously used to store sherry were, historically, the most commonly used vessels for ageing Scotch. Sherry casks give the whisky a soft, fruity sweetness. As American bourbon became more popular and sherry less, distilleries started using American oak and ex-bourbon casks as well. Bourbon casks add creamy vanilla and caramel notes to the whisky. But some distilleries have started looking further afield. American bourbon barrels also tend to have a deep char on the inside, which also adds colour and flavour to whisky.

In October 2015, Johnnie Walker released the first in a series of limited-edition wood-finished Scotch blends: Johnnie Walker Select Casks – Rye Cask Finish. As you might have guessed, this whisky is finished in American rye-whiskey casks.

It’s an experimental and innovative move. “Rye-whiskey casks don’t tend to be used at all in Scotch whisky because rye whiskey has such an aggressive flavour,” says Baxter. “It’s got a really spicy aroma, so you’re going to find a lot of that rye spice on the nose and, initially, on the palate.”

“But it’s really interesting,” Baxter continues, “because it’s so different from what we’ve seen. Its nose is like an American or Canadian whiskey. It drinks like a Scotch, there’s a lot of spice in there, but the finish is soft – where does it sit?”

It’s a game changer for Baxter, especially when it comes to food pairing and cocktails. “With the Johnnie Walker Select Casks Rye Finish, you have a Scotch whisky that mimics an American whiskey, but still maintains its connection to its blended character,” he says. “It’s definitely very different, but works really well both neat and in cocktails.”

He suggests using it in an Old Fashioned. “To be able to have a Scotch whisky that maintains elements of an American whiskey is quite unique.”

Method:
Add the sugar, bitters and 30ml of whisky to a mixing glass and stir until combined. Add ice and stir until frost develops on the outside of the glass. Add the remaining whisky and stir. Strain the mixture into a heavy rocks glass and add a large chunk of ice. Garnish with a twist of orange peel.