Including recipes from Golden Century, Boon Cafe and Mary’s. Plus, venues get a cut from every journal sold. 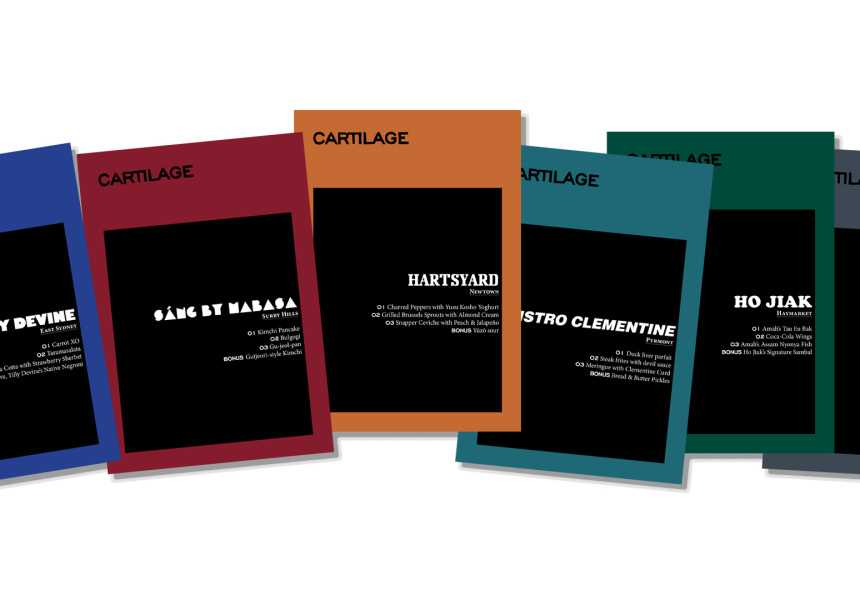 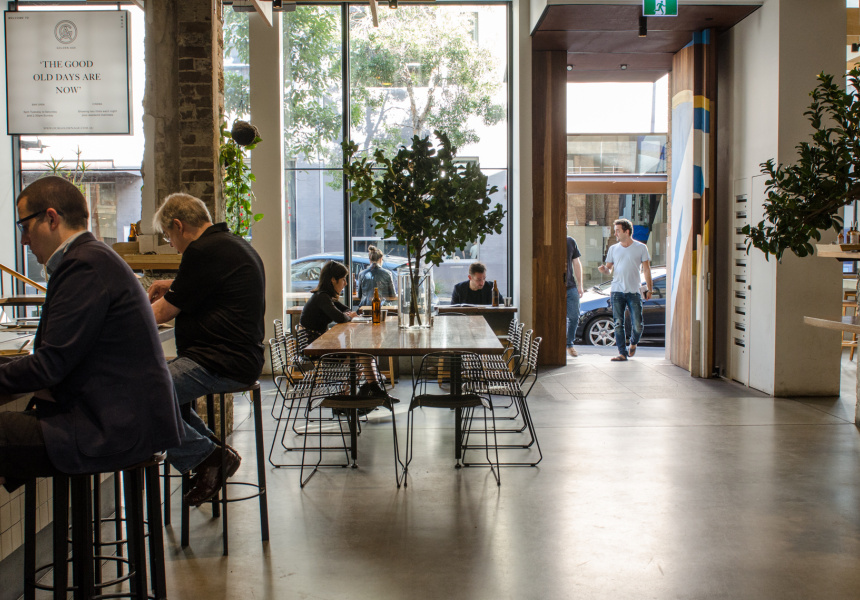 The French onion dip from The Unicorn, Mary’s fried chicken (and burger) and cocktails from Earl’s Juke Joint are just some of the beloved Sydney dishes and drinks that have been immortalised in Cartilage, a new collection of sweet, sharply designed recipe journals.

The project is the work of three Sydney creatives: animator James Lark, along with ex-Australian Gourmet Traveller staffers Dave Matthews (senior editor) and former art director, Anna Vu of Good Food Crap Drawing fame. All three have experience in hospitality, and a strong drive to pitch in for an industry close to their hearts.

“We wanted to make something that was sort of little, fun and very personal,” says Matthews.

Each downloadable journal contains four recipes: three core menu items plus something quick and easy, such as a drink or sauce. (“Sometimes you want a cookbook with 80 recipes, but sometimes you just want to play the hits,” says Matthews). Most of the journals feature annotations, scribbles and illustrations, a cute touch that emulates printed recipe cards.

“We wanted to hit that mid-point between old-school recipes cards, and recipe cards that chefs cook from in restaurants that are utilitarian and to the point,” says Matthews. “Those cards might have scribbles on them. They might have annotations. We wanted to capture the feeling you might get from pulling your grandma’s old recipe journals down from the shelf and finding splatters and pen marks.”

There are also cookbooks available from late-night Cantonese palace Golden Century, Pitt Street fave Boon Cafe and Paramount Coffee Project in Surry Hills. We're particular excited about the recipe for Jilat Jilat's rendang pies – which Broadsheet is obsessed with – the Scotch eggs by The Old Fitz and the coca-cola wings by one of the city's best Malaysian eateries, Ho Jiak.

In addition to showing people how to recreate classic Sydney dishes at home, Cartilage is also a win for venues: $10 from the $15 cover price of every journal sold goes straight to the venue. One reason for giving restaurants, bars and cafes such a generous cut: the journal’s founders want to recognise that developing recipes takes times and effort. And they also want to make sure their favourite venues come out the other side.

“It’s a difficult time,” says Matthews. “We’ve been through social distancing, shutdowns, pivots, swivels, flips and everything else. Restaurants, cafes and bars might be reopening, but we need to remember that it’s a long way back for them. It might even take years, so every little bit helps.”

The initial series of Cartilage features 18 recipe journals from restaurants, bars and cafes around Sydney. There are plans for future releases to include venues from elsewhere in Australia and overseas.