It’s by the teams behind Gin Lane and Eastside Bar & Grill. Expect ingredients such as spiced worm salt and grasshoppers, Margarita “trees”, and more than 100 types of mezcal and tequila. 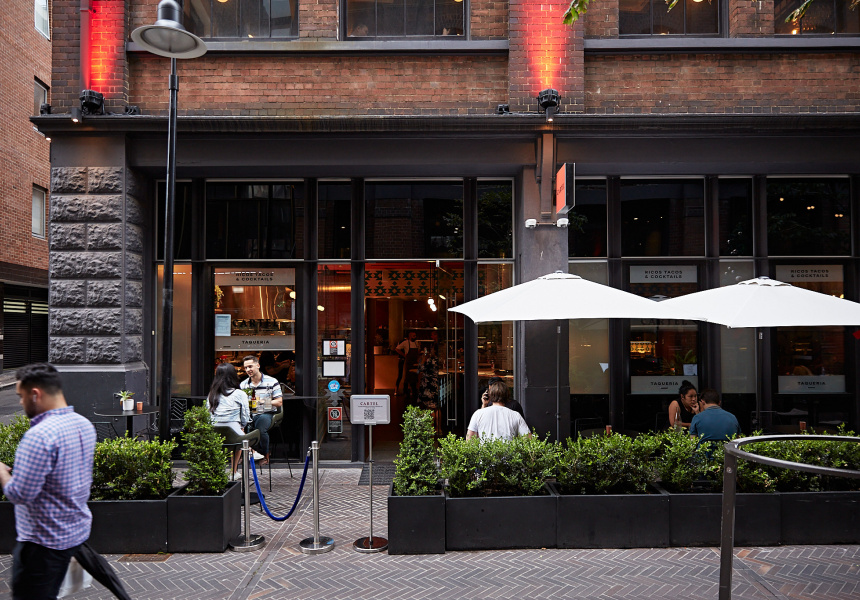 Cartel is the newest addition to Chippendale’s Kensington Street. It’s a fun and buzzing South American-inspired cocktail bar and eatery that’s taken over the ground floor of The Old Rum Store most recently home to A1 Canteen, until it closed two months ago.

In contrast to the pared-back design of its former resident, the fitout for Cartel, designed by Emma Foster from Bond Theory, is moody, warm and colourful. While the bones of A1 Canteen are still there in the banquettes and seating arrangement, the overall change is so dramatic the space is almost unrecognisable. The walls of the 85-seat venue are now covered in a dusty red paint and stamped with electric-blue, Aztec-inspired patterns. A bar stocked with more than 50 tequilas and 60 mezcals has also been installed. And every Friday and Saturday, night a live Latin band performs.

The brains behind the venue are Grant Collins and Arnolfo Raimondi, hospitality veterans who are no strangers to Kensington Street. Collins also runs neighbouring Gin Lane, while Raimondi is the executive chef and owner of Eastside Bar & Grill and Gavroche Chippendale, both located just upstairs.

In an effort to avoid being just “another Mexican restaurant”, Cartel is experimenting with ingredients and cooking methods used by the Aztecs. Behind the bar, for instance, insects such as sal de gasano (spiced worm salt) and chapulines (grasshoppers) are being used in cocktails. “We really wanted to do something a little different, and that’s where the Aztec idea came in,” Collins tells Broadsheet.

But if the high-protein ingredients don’t pique your interest, there’s plenty more going on drinks-wise, including mezcal-based cocktails, house specialties (such as a spritz made with tequila, triple sec, blood orange, lime, orange bitters and rosé prosecco), and six different takes on the Margarita (including a coconut number, and one with hibiscus and ginger). If you can’t choose, there’s a tasting paddle with four varieties of Marg; if you’re in a group there’s the Margarita “tree”: a stand that holds up to 10 cocktails.

Raimondi has drawn on his experiences living in Panama, as well as past travels through South America, to design a snacky food menu that pairs well with the drinks list. There are five taco options, including one with pulled pork and guajillo sweet-chilli jam, a refreshing mango ceviche with plantains, and prawn empanadas made with maize milled in-house. “We’re going back to old traditions and making things from scratch,” Raimondi says.

For dessert, there’s an almost-savoury coconut panna cotta with papaya salad and candied jalapeno, as well as churros and dulce de leche made with a “French twist”, using choux pastry and a salted-caramel recipe originating in Brittany, northern France.

The Covid-19 situation is evolving in NSW and public health recommendations are subject to change. Masks are recommended in indoor public spaces. If you have concerns about visiting businesses or public spaces, or questions about self-isolation or coronavirus testing, check out the latest updates from NSW Government. 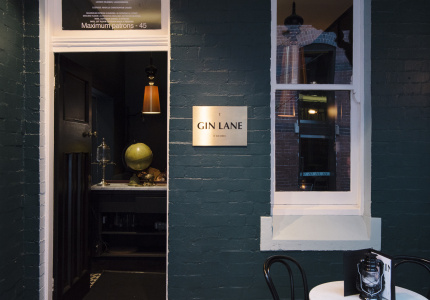