The Carrington’s new dining room fronts with a new look and a new menu, taking its cue from Central America and beyond. Did we mention there’s breakfast too? 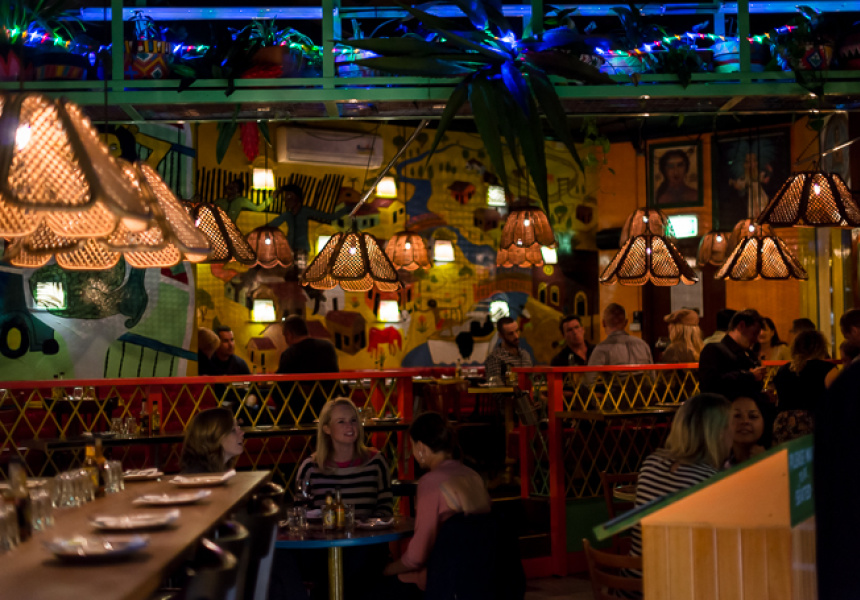 The Carrington first opened under the tutelage of hospitality group Drink ’n’ Dine nearly three years ago. And while it’s never really gone stale it felt about time for a shake-up.

Enter Chica Linda, the reincarnation of The Carrington’s dining room. Chica Linda is also a Spanish phrase commonly translated as beautiful woman but the looser and cheekier interpretation is ‘hot lady’. The new menu reinterprets Central and South American dishes, more than it tries to replicate them directly.

What the menu also encourages is communal eating and family-style dining. With some big meat and seafood dishes at play, such as the king crab diablo and Puerto Rican roast pork, there are some smaller, punchier dishes to accompany, such as arepas, Coca-Cola rice and beans and flamed txistora. The menu promises an undeniably fun dinner, particularly alongside a cocktail menu that boasts a Panamargarita (tequila, aloe vera, jalapeño, agave) and a banana colada.

Breakfast begins this weekend with similarly irreverent offerings: Corn arepa benedict, acho chilli chicken and waffles and Aztec greens (quinoa, kale, barley and a poached egg). Of course, when you’re having breakfast in the back room of a pub you’d expect a few interesting drinks to help kick start the morning as well, and you’d be right. Look forward to tomatillo Bloody Marys, Jungle Juice (made with plantation rum, passion fruit, orange and guarana antarctica, Horchata and fresh juices.