Green Park Hotel brings the spirit of Havana to the centre of Darlinghurst with new pop-up bar, Cantineros. 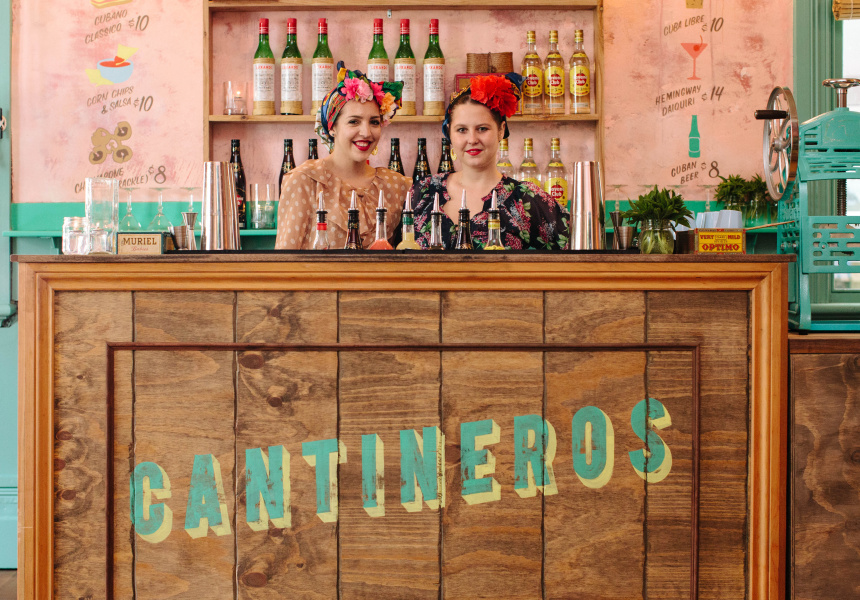 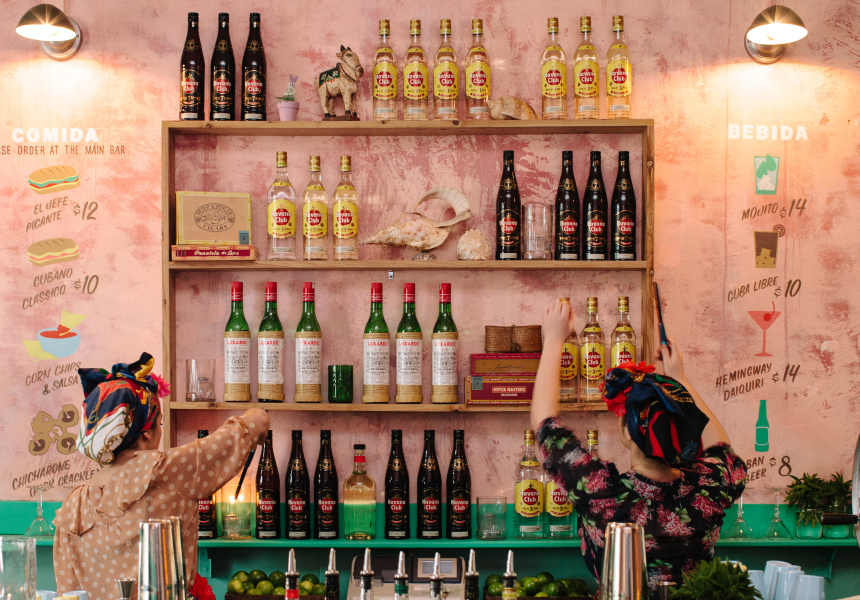 Step into pre-revolutionary Cuba for comidas, bebidas y musica – that’s food, drinks and music, en español. Cantineros is a pop-up bar in an underused backroom of the popular Darlinghurst local the Green Park Hotel, which, all being well, could end up a permanent fixture. It is serving classic cocktails, Cuban beer and meat-laden Cubano sandwiches with colour and costume.

“The Green Park Hotel is an institution,” says Solotel operations manager Elliot Solomon of the thinking behind the concept. “The front bar is from the 1920s and it hasn’t been touched … it’s got that rustic-ness about it that we wanted to translate into a theme.” The team decided on pre-revolutionary Cuba; an idea that allows for some simple, unpretentious fun and a name, Cantineros, that pays homage to an interesting cultural movement, and is expected to run until the end of the summer.

“In the ’20s when prohibition came into America, a lot of the really great bartenders from America moved to Cuba – which at the time was America’s playground,” says Solomon. “They formed a club called the Cantineros Club and are responsible for those iconic cocktails from Cuba.”

You can choose from a Mojito, Cuba Libre, Hemingway Daiquiri or Cuban beer, served by bartenders enjoying themselves in colourful op-shop dress-ups. Music flows from a pan-Latin American vibe through to funk and soul later in the night.

The space itself is decked out in a medley of pinks, greens and foliage. It’s inviting with warm lighting, cane furniture and palm-print cushions, plus just the right amount of distress in the paintwork. The space was designed with an imagined character in mind: “Her name’s Graciela and she’s a Cuban grandmother,” says Solomon. “She has no teeth, smokes cigars and this is her apartment. She’s just inviting people over and so it’s a little speakeasy secret.”