Cantina at a Fixed Address

Cantina Mobil have done a U-turn on the food truck concept and opened a not-so-mobile cantina in Darlinghurst. 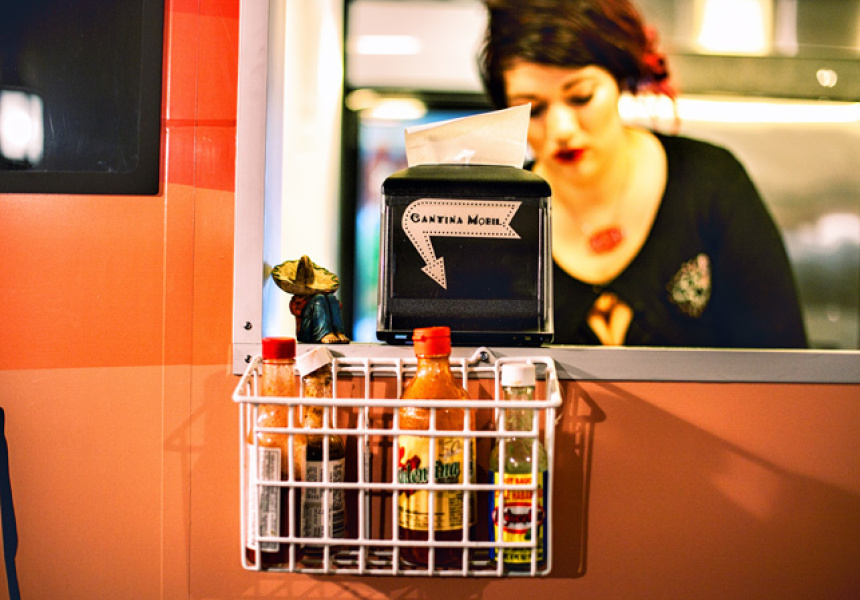 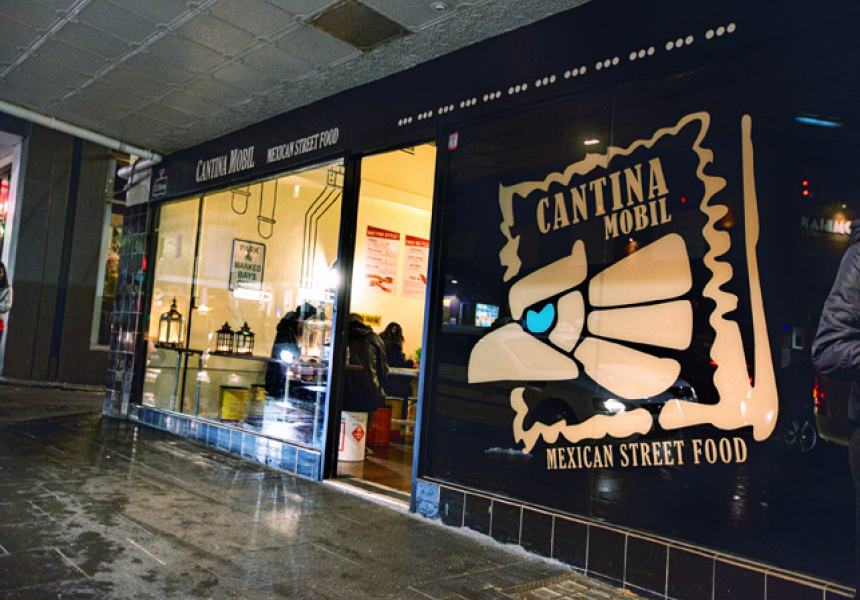 Cantina Mobil, vagabond dealers of burritos and tacos, have done a bit of a U-turn on the food truck concept, unveiling their new headquarters last Thursday night, a not-so-mobile cantina in Darlinghurst.

It might seem like an odd idea at first, but commit their on-the-road concept to a more permanent address makes some sense. Having tossed up between various locations, it made sense to shift their Brookvale kitchen headquarters to a city base. “We weren’t really looking for a public diner at first,” says co-owner Stephanie Raco. “It wasn’t until we saw this kitchen with the roller front door that we even thought about it.”

Situated on the very tip of Crown Street, which cuts into Oxford, it’s a fully-fledged cantina – bright, cheery, communal and seating about 20 diners.

Of course, the truck will still be out on the road. It’s just that for those who aren’t into the thrill of the chase, there now happens to be a permanent spot (which is thankfully also open until the wee hours). You’ll be able to pin down new desserts here too, including an intriguing mango pudding with sweetened chilli sauce.

It might not feel as serendipitous to happen upon, but when you’re a little bit over the thought of flirting with different locations all over town, it’s nice to settle down and know exactly where to go for some great street food.