The wine might be made in the Adelaide Hills, but Sydney is the spiritual home for this no-rules label once called “too weird”. 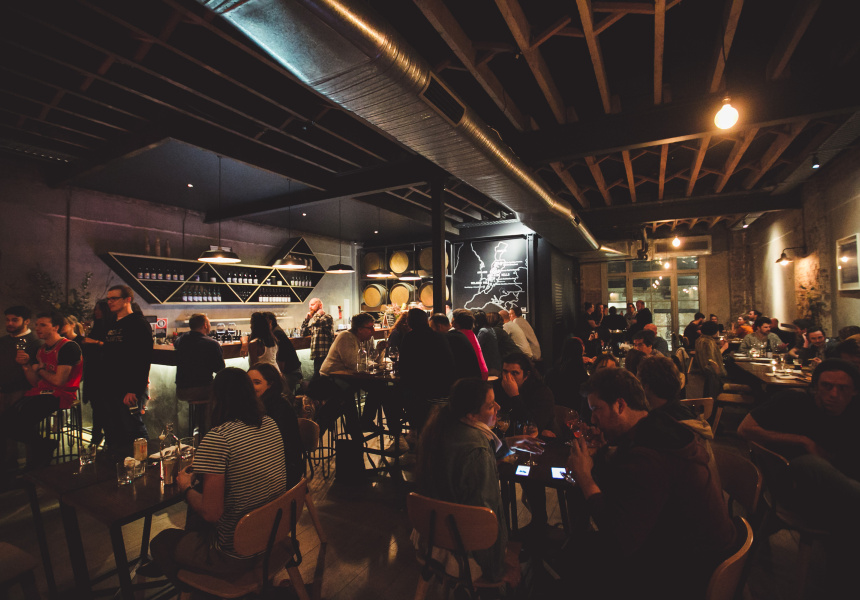 In only seven years Cake Wines has built not just a solid reputation but also a loyal following. Considering it is produced in the Adelaide Hills, is ubiquitous on wine lists across the country, and has a cellar door in Redfern in Sydney’s inner city that hosts eclectic events, it’s tempting to label it an overnight success. But it seldom feels that way for the people involved.

“The early days were tough,” says co-founder Glen Cassidy. “There were a lot of knock-backs, and it took a while for people to get what we were about.”

In the early days Cassidy took to the streets of Sydney to pitch his wine and used the back of a truck as a distribution centre. Those first bottles of Langhorne Creek Cabernet, labelled by hand the night before, made little impact. Publicans and bottle-shop owners turned them away calling their labels “too weird” and telling Cassidy nobody would buy a wine they hadn’t heard of.

“She imparted a huge amount of wisdom and education right from the get go,” Cassidy says, “and she’s still our head winemaker to this day.”

While the wines were being crafted in the Adelaide Hills – a region Cassidy says has “cemented itself as a vibrant, cool-climate, freestyling wonderland that remains unrestricted by varietal choice and style” – Sydney cemented its place as the winery’s spiritual home. This was down to its successful pop-up events; things like long lunches, concerts, collaborations with artists, chefs and musicians. They were so successful the wine label needed to find a permanent home.

“There were hundreds of cellar doors in Adelaide but none in Sydney,” says Cassidy. “Opening a place here was the complete opposite of the current idea of a cellar door, and that was very appealing to us.”

A fortuitous encounter on a walk through Redfern revealed the ideal venue. “I found the site boarded up. There were builders inside discussing the development, so I knocked on the door and gave them my card. They called me back a few months later. Right place, right time.”

That space became the Cake Wines Cellar Door, which this week celebrates its second birthday. More than just a place to sample the Cake range in, the venue offers pizzas matched to wines, regular music and art events, and the Wine De Jour festival (the venue will also once again be a key venue for Vivid Festival.)

While Sydney’s nightlife scene might be going through a strange time because of the lock-out laws, the state of the Australian wine industry, Cassidy believes, has never been better. “It’s the most exciting time in history,” he says. “It’s free reign, so to speak. Lots of young brands popping up with zero care about the rules of the past. We love it.

“Running a venue in Sydney is particularly challenging at the moment, that’s no secret. But we’ve tried to create a place that has an even balance of a few things: food, wine, music, culture in all its forms. It’s the way we love to drink and enjoy wine, so there’s always something new happening.”

It’s with this enthusiasm for the future that Cake Wines has pulled together a fittingly effusive second-birthday celebration for its cellar door. Local acts Setwun, Mike Who, Tom Studdy, Lauren Hansom, Diola, Anno and Paul G share a billing with US soul master Amp Fiddler. There will also be a spread of wine and charcuterie worthy of Caligula.

The event will be as much a celebration of the future as it is a nod to the past. “I think we’ll always be trying to add some cultural value to the city through the things we do with Cake Wines. It’s why we get up in the morning. Along the way hopefully we’re doing some positive things for the industry, as far as exposing new audiences to wine in the most un-intimidating way possible.”