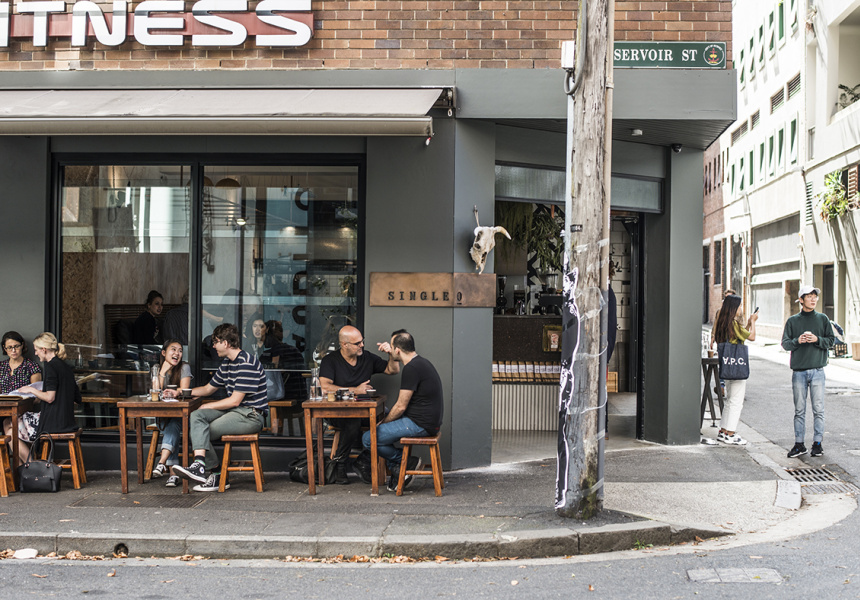 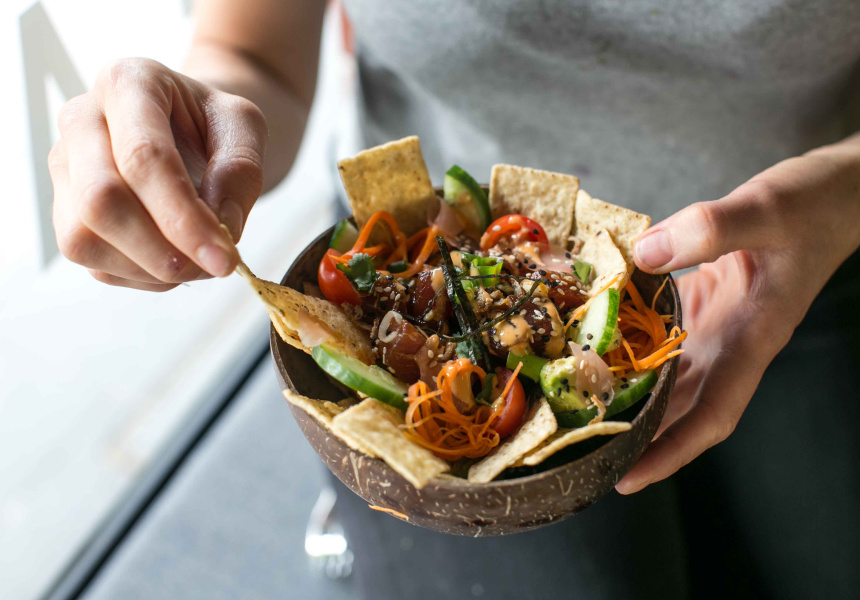 It feels like a lifetime ago that Single O fired up its roaster in Surry Hills. And in the fast-moving coffee scene, 2003 kind of was a lifetime ago. No other segment of the hospitality industry is so focused on gadgets and innovation.

Single O has remained at the vanguard over the past 15 years or so. Owners Dion and Emma Cohen helped develop the Juggler, a milk-bladder system that cuts down on plastic bottles, for example. At the end of February they closed their Surry Hills outpost to bring their next idea to life: a self-serve coffee bar with four single-origin options on tap. Literal tap, that is.

In post-war Australia percolator coffee has always been – and often still is – painted as the poorer cousin to espresso. And while that may have been true a decade or two ago, it isn’t now. When it’s roasted, ground and brewed correctly, batch brew (the more common term for percolator coffee these days) can be every bit as nuanced and balanced as the finest espresso. And without milk in the mix, the coffee’s flavour is often clearer.

It’s this underdog the Cohens have put on show at their revamped cafe. Roll up, put your reusable cup under a tap, touch your card, then wait 15 seconds for your coffee to flow out. It’s that easy. Alongside this world-first, the team also commissioned a smart new fit-out, overhauled the menu and switched out its old espresso machine for the new-fangled La Marzocco Modbar, which is entirely hidden under the counter.

We’re calling it: Single O Surry Hills is better now than it’s ever been.

Went to See the Gypsy

On the topic of businesses that keep getting better, Potts Point’s little cafe that could, Gypsy Espresso, just opened a second location in Alexandria. It’s in the old Mitchell Road Antique and Design Centre and it’s 10 times the size of the original.

Owners Mario Szucs and Will Smallbone have also invested in a La Marzocco Modbar, which looks to become the standard across Sydney going forward. This is more than just an aesthetic choice. Having the guts of a bulky espresso machine hidden below means baristas and customers can chat more freely. This is just one upside of Went to See the Gypsy’s spotless white coffee bar, which the duo spent eight months designing. Expect speedy service and reliably tasty brews.

Outside of this key area, a sizeable fleet of tables buzzes over creative dishes by chef Bryan Loong (formerly of Devon Cafe and Cho Cho San). Fans of Devon’s famous miso-grilled salmon will find the same thrills in Loong’s remix, which swaps the radish salad for a wakame mix but keeps the velvety 63-degree egg. In another dish pesto made with linseeds, sunflower seeds and almonds – rather than the usual pine nuts – is paired with truffled eggs, goat’s cheese, kale, Kewpie mayo, roast tomato and toast, all served cold. On paper it might sound a bit strange, but don’t snub it ‘til you’ve tasted it.

For all the gains made over the past few decades with regard to sustainability and waste, a depressing amount of food still goes to landfill each year. It might be small, but Das Juice’s mission is noble: to rescue as much “ugly” produce as possible from the tip.

The smoothie and cold-press juice bar is working with Imperfect Market, a wholesaler that sells produce most cafes, restaurants and supermarkets would reject, solely because of its looks. Of course, that’s a not an issue when the goods in question are going to be blended into a delicious drink.

And the options are plentiful. Owners Lara Dignam, Michael Dhinse and Joshua Ng also run Papa Gede’s, a cocktail bar in the CBD, so they’re well versed at devising interesting, harmonious drinks. The Get Schwifty is a non-alcoholic version of the same-named drink at Papa Gede’s containing watermelon, rose, lemon and apple. And the post-gym Muscle Might packs banana, mango, sunflower seeds, hemp Seeds, vanilla-plant protein, peanut butter and milk.

There’s also a brief selection of poke bowls served in coconut shells salvaged from the coconut-water industry. Options include chicken, salmon, tuna or tofu served with brown rice, veggies and healthy dressings such as beetroot hummus.