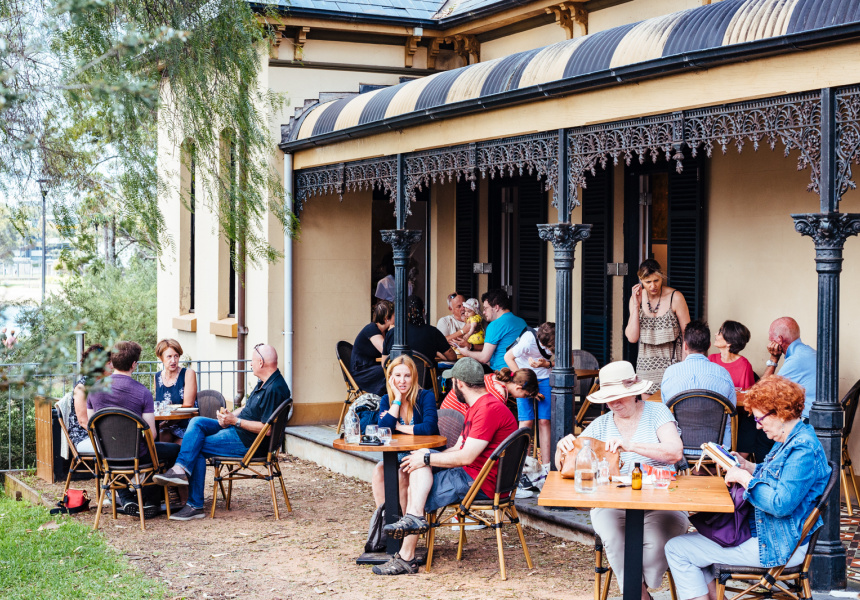 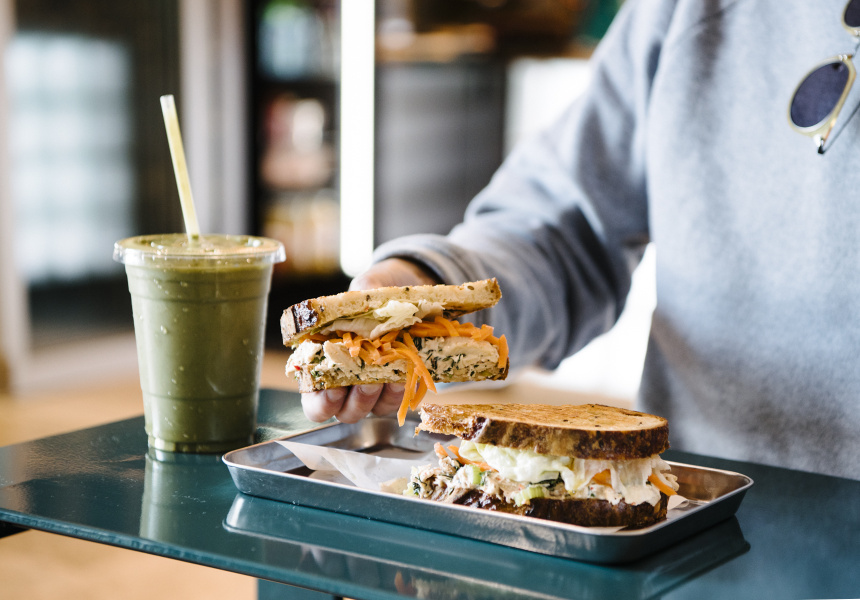 Bellevue Cottage by Antoine
Fine-dining chefs have been moving into cafe kitchens for several years now – sometimes for a new challenge, at other times for more family-friendly hours. See: Zachary Tan at Devon Cafe, Harry Kolotas at Cavalier 2.0 and Clayton Wells at A1 Canteen.

Now we can add Antoine Moscovitz to the list. The chef worked with French legend Alain Ducasse in Paris before moving to Sydney and cooking at Luke Mangan’s Glass and later opening his own restaurant, Antoine’s Grill at Concord.

Naturally, these experiences inform the all-day menu at Bellevue Cottage, a Victorian-era home built in 1896. With the help of an on-site smoker, Moscovitz is serving smoked pork belly with a medley of mushrooms; pork loin with folded eggs, caramelised-apple black pudding and spicy merguez sausage; and cold-smoked salmon with poached eggs, silverbeet fondant, leek and hollandaise. Everything tastes that bit better. Because of Moscovitz’s skill, yes, but also because of the beautiful setting.

The cottage – which formerly housed Blackwattle Cafe – is surrounded by cooling bushland and grants views of the Anzac Bridge across the water. And here’s the real cherry on top: if you want to make a proper morning of it, you can get picked up and dropped off in a water limo.

Heart Cafe
Visit this bright, attractive spot one block back from Bondi Beach and you’ll help disadvantaged young people in a very tangible way. The not-for-profit cafe was set up by Wayside Chapel, an organisation that’s been running community outreach initiatives since 1964.

Heart is part of the Wingspan program, which puts disadvantaged 17- to 25-year-olds into various paid hospitality traineeships. Those that end up at Heart stay for 12 months, working front-of-house or in the kitchen, and are supported by a mentor at Wingspan. The aim is to break the unemployment cycle, which in some families’ cases has persisted for several generations.

The organisation isn’t naive about Sydney’s fickle cafe market – what it’s assembled here holds its own, even in competitive Bondi. Coffee is by Gypsy Espresso, fancy butter comes from Pepe Saya and a limited amount of produce is sourced from Wayside’s own organic garden a couple of blocks away.
Playing to local tastes, a granola features cacao, puffed quinoa, hazelnuts, pistachios, chia seeds, coconut oil, shredded coconut – still with us? – cranberries, apricots and blueberry coulis. On the heartier side, the “Middle Eastern breakfast” puts poached eggs and haloumi on sourdough and zhooshes them up with smoky baba ganoush and the tangy Turkish salsa, ezme.

Side Room
Australia has an incredible wealth of native flora. Beyond offering completely novel flavours, in many cases these ingredients are also incredibly nutritious. A particular variety of Kakadu plum, for example, has 50 times more vitamin C than an orange and is believed to be the highest naturally occurring source of antioxidants on earth.

We’re excited, then, to see native ingredients slowly joining the repertoires of cafes and bars, rather than just high-end fine dining restaurants. Pacific Club Bondi Beach – which opened in August – is making extensive use of bush tucker, and now it’s been joined by this collaboration nearby, from the owners of Potts Point’s Room 10 and sashimi chain Fishbowl.

Like Fishbowl, this is more a place to grab and go than stick around. The menu is focused on flavoursome “bowls”. Our pick is the beef brisket, slow-cooked for eight hours in master stock and paired with caramelised onion, kimchi slaw and pickled cucumber. There’s also a surprisingly interesting toast menu, featuring spiced chickpea spread, roast capsicum and dukkah, or peanut butter, banana, cinnamon, walnut and honey.

Native ingredients such as quandong, strawberry gum, Davidson plum and lemon myrtle show up in smoothies, usually mixed with nut butters, nut milks and fruit. The Blueprint, for example, is a jumble of lychee, coconut, banana, macadamia butter, coconut milk and an ingredient that imparts a surprising colour: blue algae.