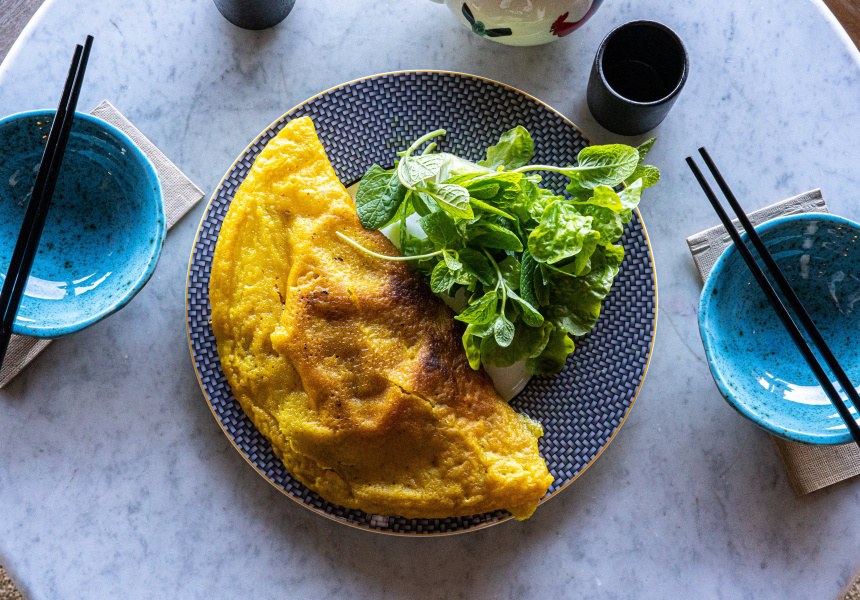 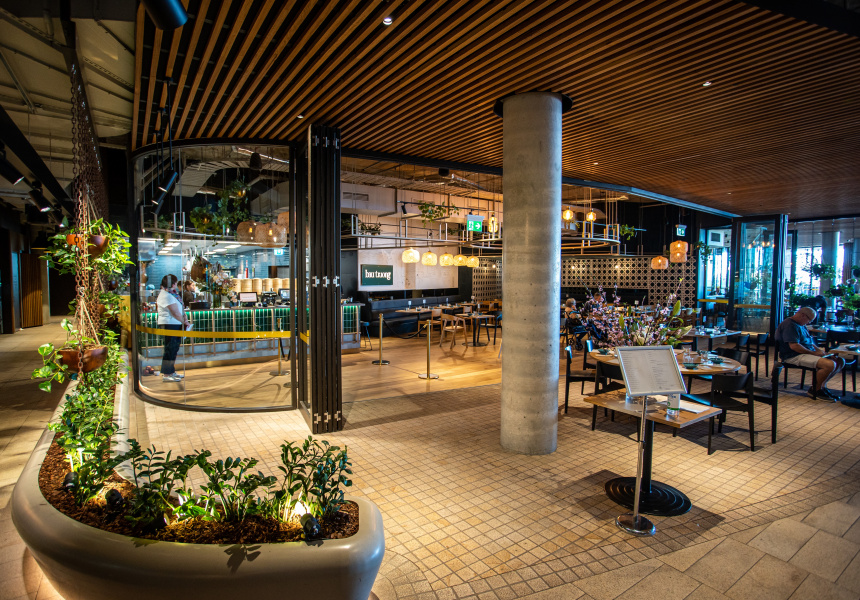 Vietnamese food fans on Sydney’s northern beaches will be happy to hear that Cabramatta institution Bau Truong has brought its home-style Vietnamese cooking to Freshwater, opening next to Giovanni Pilu’s Acquafresca at Harbord Diggers.

Bac Cang Nghieu is a legend in Sydney’s Vietnamese food scene. She went from Bau Truong’s part-time chef to operator in 1995, and serves a repertoire of recipes that her son Michael Thai describes as “grounded Vietnamese cooking”. Thai now co-owns Bau Truong with his mum and his sister, and together they also operate venues in Mount Pritchard and Haymarket’s Darling Square. The northern beaches is new territory for the business, and Thai says the team has created a menu that balances classic and new Bau Truong dishes.

“With our opening menu, we want to create a Vietnamese comfort-food hit list. It’s not about doing something gourmet with 20 or 30 ingredients in a dish. We’re doing what we sell best in our other venues.”

Cabramatta regulars will recognise the 16-hour slow-cooked beef pho; lemongrass chicken; crisp banh xeo (stuffed savoury pancakes); whole fried fish; and the fried softshell crab finished with a tart, tamarind sauce. Thai recommends a couple of lesser-known dishes: “We have a slow-cooked duck noodle soup, which is one of my all-time favourites, and a fish curry with sesame rice crackers.”

Nghieu has always been strict about staff following recipes to the letter, and her adherence to classic flavour combinations is a big part of Bau Truong’s success. In those early days though, it almost cost her a job.

“On her first week at Bau Truong my mum almost walked out,” Thai says. “There was an argument with a younger cook over whether you could put flour in a curry to thicken it rather than allowing the potato and taro to do the job.”

The junior cook dobbed her in to the boss. “He ended up putting flour into my mum’s curry and she almost walked out.”

Nghieu decided to stay, and in 1995 she and her sister bought the business. Although Nghieu already had a following in Cabramatta, Thai says it was hard for the community to accept a woman at the helm.

“It was difficult at that time. People didn’t think much of a female cook, particularly from an ethnic background, and she said even Vietnamese people wouldn’t give her credit when she bought the business.”

Twenty-seven years and four venues later, Nghieu still oversees everything. “If a chef does something that’s not her recipe she can get quite fiery, but otherwise she’s very nice,” he says, laughing.

Bau Truong’s menu at Darling Square is more non-traditional (it serves dishes such as deep-fried banh mi), but they don’t have plans to go down that path at Harbord Diggers. “Not yet,” says Thai. “All our restaurants are based on mum’s recipes. That never changed in the past and it probably won’t change in the future.”

While 2020 has been a horrible year for the hospitality industry – a time where businesses have been forced to bunker down and survive rather than opt for growth – the family is mindful of creating work for the staff and taking care of them as much as possible.

“I would have been happy with a few more months in lockdown not working, but my mum slapped my head and said, ‘Your workers need a job to go to’,” says Thai. “At this moment it’s all about survival, but at the same time trying to keep a job for our staff. It’s not a year we think of profit at all.

“It’s a year where we want to take care of our workers because a lot have been working for mum for a long time. This is about taking care of each other.”