See emerging artists and some of Australia’s greats for a tenner. 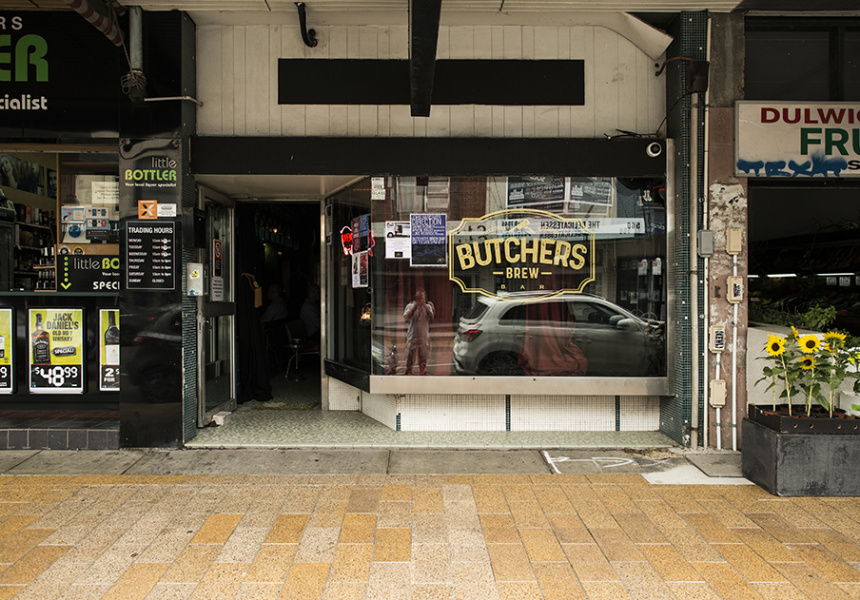 Dulwich Hill’s small-bar scene is healthy. The General Eatery & Supplies has reopened in the evenings as a bar, and around the corner, the Sausage Factory is serving a delicious range of local beers, including three small-batch brews it makes.

Butchers Brew is the latest to join the scene, and where the other venues focus on food and drink, it rounds off the small-bar holy trinity by offering great music.

Buckingham’s taste is diverse. “We put a lot of jazz on, and also blues, funk, rock, surf,” she says. “The other night we had a New Orleans party band in here. It was so much fun; they had everyone singing.”

The space had been a butcher shop since 1962, and it still bears traces of its past. The small square mint, teal and white tiles remain on the floor at the front, and the pole and brackets that once displayed sides of meat on hooks now hold up a reclaimed-timber side bar.

The colour scheme is a charmingly un-trendy emerald and royal purple, and some of the supporting posts are painted in glitter because “how can you see sparkle and not feel happy?”

The drinks menu isn’t especially focused. They'll make a range of cocktails on request, and Buckingham serves her favourite wines from Australia and overseas. Young Henrys and Batch are on tap, and there are other craft brews in the fridge.

The food menu consists of mini vegetarian pizzas, but the bar has a deal with nearby Japanese restaurant Manmaru. Customers can order anything and chef Takako Fasolin will run your meal over.

But music is most definitely at the heart of the bar.

It’s in the $30,000 soundproofing fit-out that took 14 months to complete; it’s in the mural of Aretha Franklin; it’s in the fact that 100 per cent of the cover charge goes to the musicians; and it’s in the vintage stand-up piano and cherry-red drum kit that take pride of place in the window.

“If you come here, you can sit away from the band and have it as background music, but most people are here to experience the music. The standard of musicians we have here is really high.”

As if on cue, a musician toting a trombone in a white hard-shell case walks in. “That’s Dave Panichi,” Buckingham says later. “He’s one of Australia’s best big-band writers. He lived in New York for 20 years and played with Buddy Rich, Blood Sweat and Tears, Aretha Franklin, Frank Sinatra and many more.”