An everyday snack among Asian communities, students and food lovers alike, the humble steamed bun has seen a renaissance, with restaurants such as Momofuku and Melbourne's Golden Fields breathing new life into this staple. 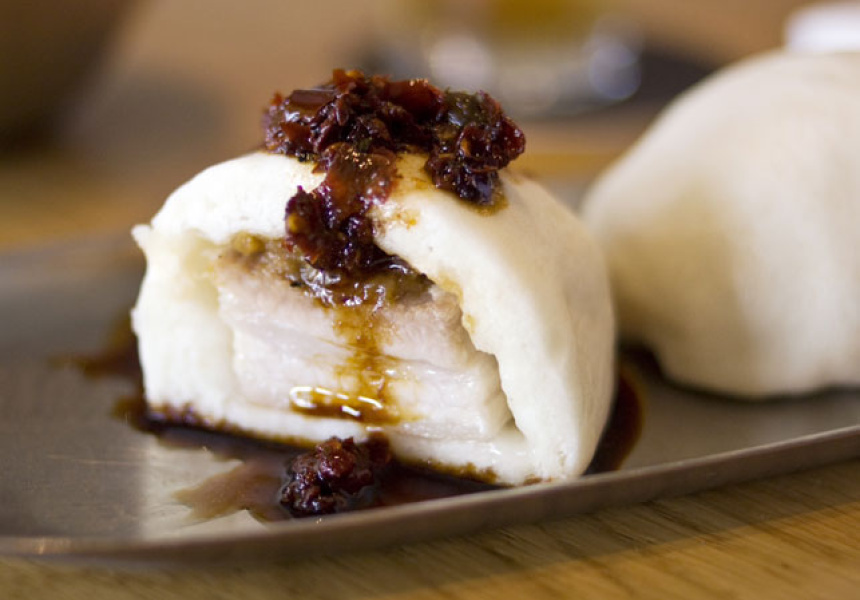 Flavoursome steamed buns filled with meat, seafood or vegetables have been a peasant dish in East Asia for hundreds of years. Tracing its history back to post Han Dynasty China, the bun’s early cousin Mantou (literally translated to ‘barbarian’s head’) was essentially milled white flour combined with a leavening agent to create a simple 15cm rolled bun, acting as a food staple for the peasants and working men alike. More commonly eaten in the north of China than in the south, these buns – along with noodles – formed the carbohydrate base for much of the population.

Via immigration and appropriation from other ethnic groups, the base Mantou bun has seen a myriad of variations. One of the most famous is the Bao zi, which is often served at Yum Cha. Originally hailing from Hong Kong, this Cantonese staple is often filled with barbecue pork, minced chicken or stir fried chives and shallots – the perfect accompaniment to steamed dumplings or tea. Similarly, Japanese convenience stores and food halls have also adopted this dish and made it their own. Called nikkuman or Niku-man, this dish perfectly bridges the gap between high and low, sophisticated and everyday, as it can be found both at the beautiful Isetan Food Hall in Shinjuku or ma-and-pa street stalls in the back streets of Ikebukuro. Essentially, it is the most concise combination of ingredients in one handful, and consequently, almost the perfect microcosm of a dish.

It’s for precisely these reasons that the steamed bun has re-entered the contemporary dining experience. New York’s and now Sydney’s Momofuku created their own version, which follows an incredibly simple rule: doughy but not chewy bun + tasty meat + condiment and other = a hand full of amazing goodness. Featuring on the menu in all of David Chang’s establishments, this one single dish – besides perhaps Chang’s ramen – is the dish that Momofuku is revered for.

Also in New York and just around the corner in the Lower East Side, Eddie and Evan Huang’s BaoHaus has made bao the hero and only item on their menu. How does an unctuous, fragrant dessert bao sound? Or the ‘Uncle Jesse’, with its organic fried tofu, crushed peanut, coriander and Taiwanese red sugar? Delicious right? The Huang brothers' raison d’etre for the venture was to “tear down what people knew about Chinese-Taiwanese food and rebuild it from the ground up…dreaming of elevating this dish from Flushing to Front Street against a soundtrack of Ghostface Killah and Dipset”.

In Melbourne, the Golden Fields version is a compact, closed steamed dumpling filled with a heady soy and vinegar dressing that lathers and moistens the pork belly which lies within. Harking back to his time spent in Hong Kong, Andrew McConnell’s version takes its cues from gua bao buns, but is less fluffy in texture. Indeed, the dish has an added level of refinement due to the use of quality ingredients and a considered and deft technique.

It’s a meal that deserves its share of veneration. For a humble bun to find its way into so many personal food histories – from immigrant Asian student’s lunch boxes and heavenly homemade snacks that mothers feed their adolescent boys to Michelin rated restaurants – it has proven itself to cross both cultural and socio-economic boundaries and definitely should be celebrated with gusto.