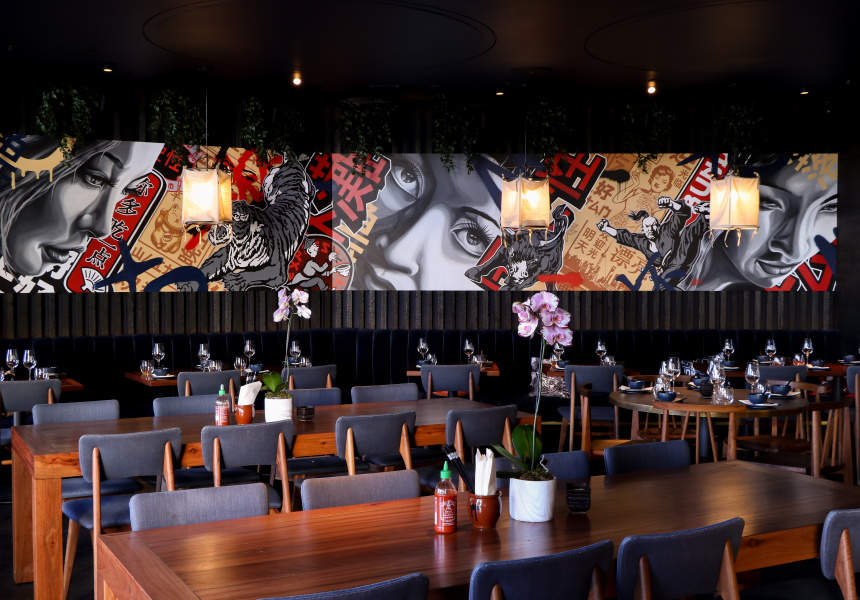 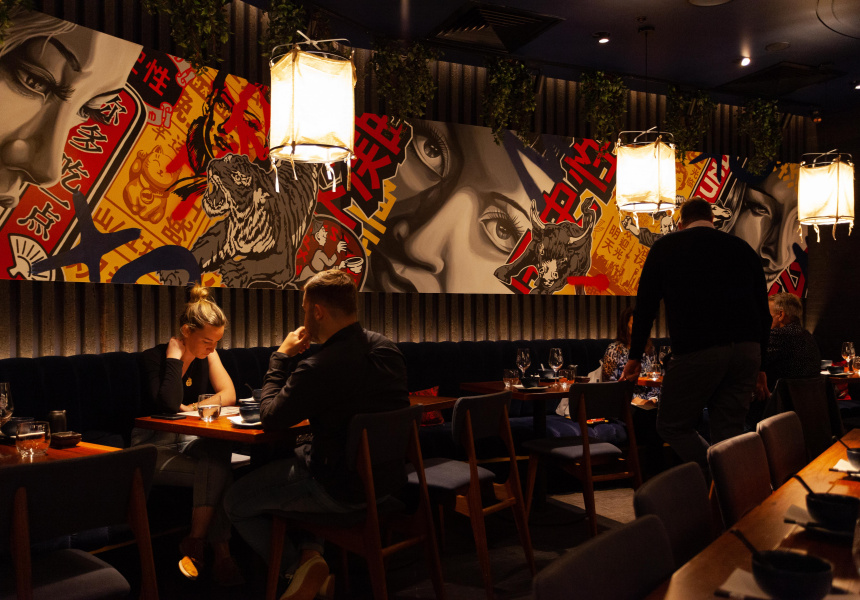 The first thing you notice at Bund is the music. A greatest hits compilation from the ’80s is not what you’d expect from a modern Chinese restaurant, but it’s perfect. And, a week since opening, there have been enough requests from diners at the new Barangaroo restaurant that the team is hastily putting together a signature Spotify playlist.

It feels like Bund has found its groove. It’s the latest Lotus Dining Group restaurant (Lotus Galleries, Lotus Dumpling Bar, The Gardens by Lotus and Madame Shanghai) to open, replacing the space occupied by Japanese restaurant Fujisaki, which shut earlier this year.

A number of big-name people were involved in Fujisaki (also operated by Lotus), including Chui Lee Luk, the ex-head chef and owner of fine diner Claude’s. Luk’s not working at Bund – instead Hong Kong-born Kennedy Wong (New Shanghai) has stepped behind the pans as head chef. He’s created a Shanghai street-food-inspired menu that’s designed for sharing and eating with your fingers, with the precinct’s many workers looking for a few drinks and a bite to eat after work in mind.

“[The] Bund is a buzzing area in the centre of Shanghai,” says venue manager and host Ryan Bishel. “It’s the heart and soul of modern China.”

Perhaps it’s no accident, but Bund, like Barangaroo, is wedged between a famous foreshore and the city’s skyscrapers. On the walls there’s art illuminated in neon, gold furnishings and blue velvet seats designed to evoke a style the team calls “grungy luxe”.

The signature dish at Bund is the shaokao-style (barbeque) skewers made by sous chef Chris Chen, but you can also find favourites from nearby Lotus Dumpling Bar, such as the king prawn jade har gow (dumplings). There are a few fun newbies on the menu, such as kimchi arancini and Peking-duck spring rolls, and a dessert with soy-sauce ice-cream. It’s hard to decide what to order – the seven-spiced salmon? Wagyu beef with char siu (barbeque pork)? Or any one of the rotating specials? Either way, it’s all pretty great.

The food pairs well with beer and there are 20 to choose from, including many Australian options, such as Yulli’s Amanda Mandarin (an IPA) and Capital Brewing Co’s Springboard ale (produced in Canberra). There are also some easy-drinking lagers, such as Kloud from Korea and Tsingtao from China. In a glass vault in the centre of room you’ll find 50 or so wines sourced from across the globe, but with a local focus. The list is well-priced with plenty of options under $70, such as a Helm riesling (produced just north of Canberra) for $58.

And we’re liking the way head bartender Noa Liu thinks. “The first thing I did when they asked me to design the cocktail list,” he tells Broadsheet, “was call my dad in Taiwan who works with Chinese herbal medicine.”

Armed with some of his father’s insights, Liu fashioned a Negroni with chuan bei mu (dried fritillaria bulb), which is often used to treat coughs, and to the Old Fashioned he added black (unrefined) sugar, a popular medicinal ingredient which is said to boost circulation.