The Brothers Behind The Taphouse Launch a New-Look Oxford Tavern

The outdoor smoker does 200 kilos of meat on the weekend and the beer list is indies only. 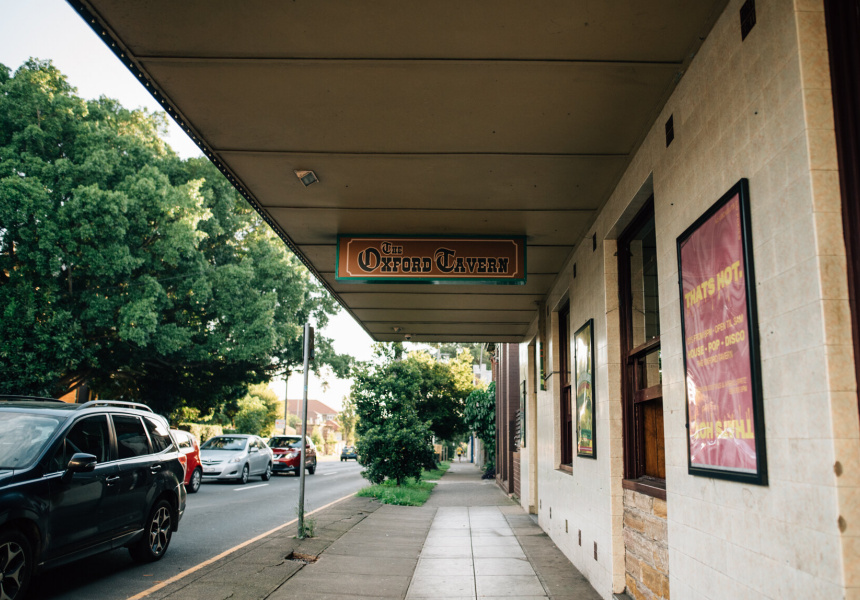 The Oxford Tavern has changed hands a couple of times in recent years, and new owner James Thorpe thinks the venue lost its way.

“About five years ago, the Tav was this really great family pub owned by the same guys who own The Forresters in Surry Hills and The Norfolk in Redfern,” he says. “Australian Venue Co bought it two years ago. It’s this humungous company with like 200 venues and when we bought it, it wasn’t in a great way. They admitted it needed boots-on-the-ground operators, and that’s what we are.”

James and his brother Josh – who also own The Taphouse in Darlinghurst – took over the Petersham pub in January. They brought in a horticulturalist to turn the beer garden into an inner-city jungle and added a barbeque pit to complement the pub’s enormous meat smoker, Black Betty.

“[Chef] Neil [Mudie] comes in at 4am to start smoking meat; on the weekend we do about 200 kilos,” James says. “We’ve built a proper barbeque pit and he serves meat straight out of the pit. It adds another level of interaction that’s not there when you order food off a menu from the bar.”

But it’s not just about brisket and burgers. On Thursday nights Black Betty is fired up for exclusively vegan fare, like pulled jackfruit and tempeh. There are also two vegan burgers on the regular menu and substantial salads such as the compressed-watermelon salad with watercress, mint and toasted almonds.

In comparison to the Taphouse’s 60 beer taps, the Tavern only has 12, but it looks to the local craft-beer scene for stock. “Between Newtown, Marrickville and Five Dock, we’re in the heartland of Australian breweries. We have a special focus on hyper-local brews and we try to serve beer that’s made within five kilometres” – such as Wayward Brewing Co, The Grifter, Young Henrys and Yulli’s Brews.

The Australian spirits market is equally developed that cocktails and house pours are locals, such as Poor Toms, Four Pillars Gin and Brookie’s. The plan eventually, though, is to brew beer on-site. “The venue has a lot of space for a small brewing system that would yield maybe 10 kegs of beer. But it would only be wacky, wonderful beers, not like normal pale ales.”

The Oxford Tavern will host local live bands on Friday nights, which goes well with the pub’s slightly gritty, ’70s basement charm. “We’re trying to bring back the elements that made us fall in love with the Tav.”