Peter Gilmore is a fan of the Italian-born brand. To celebrate the opening of its third shop mention Broadsheet and you’ll get a scoop of its creamy gelato in a cone or a cup. At its Surry Hills store At its Surry Hills store

A couple years ago when we asked chefs where their favourite place to eat gelato is in Sydney, one venue came out on top: Rivareno.

“My favourite is Rivareno on Crown Street [Surry Hills], for its purity of texture and brightness of flavours,” Quay’s Peter Gilmore told us at the time. “It’s so close to the real Italian gelato … as far as I’m concerned. Fior de latte is my favourite flavour.”

The Italian-born brand opens its third gelateria in Sydney on Wednesday October 21, at the $3.2 billion Parramatta Square development, and is celebrating by giving away scoops of its creamy gelato exclusively to Broadsheet readers (just as it did in 2016 when it opened its second store, this time at Barangaroo).

All you have to do is visit the new shop between 1pm and 3pm on Friday October 23 and mention Broadsheet and you'll be rewarded with one scoop of gelato in a cup or a cone (limited to one per person).

Rivareno will be joined at the 3000-square-metre public square (which also officially launches on October 21 and is bigger than Martin Place) with a second outpost of Maurice Terzini’s Cicciabella, a new Southeast Asian concept by Nour and Cuckoo Callay’s Ibby Moubadder and Jorge Farah, as well as other venues. 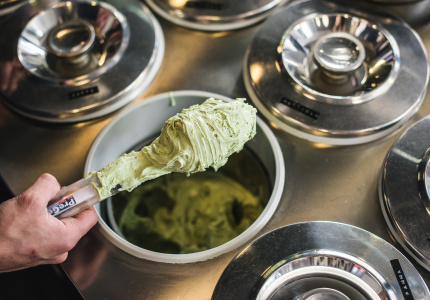