A New Local at The Henson

The revamped Henson is bringing polished pub food and a community feel to Sydney’s inner west. 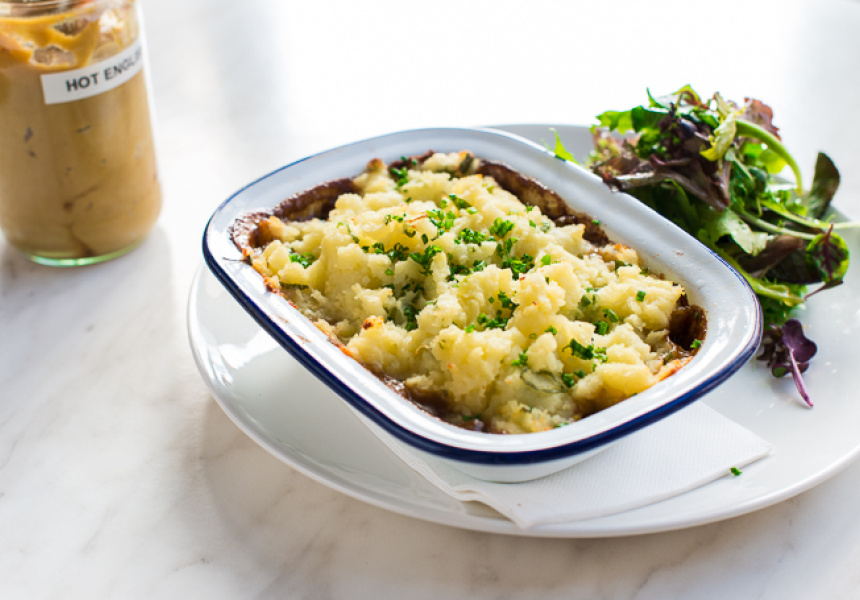 In an area that’s still finding its feet, a bit of community goes a long way. The residents of Sydney’s inner west have been hanging out for a good local pub; a place where they can take their young families, have a drink and choose from a menu with a little more to offer than basic pub grub.

When the old Henson Park Hotel was shut down, Ray Reilly (of Surry Hills’ Trinity Bar) saw an opportunity to recreate the Marrickville venue and promptly bought the place. Now simply known as The Henson, the long-standing institution and home of the Newtown Jets rugby club has been given a new lease on life as a modern pub.

As such, the pokies have been replaced with pinball machines and the beer garden now has a children’s area. The front bar has been left largely unaltered for long-time locals, while the back bar has undergone something of a culinary and aesthetic transformation, with black and white tiling, dark timber and communal and private seating.

Ex-Reuben Hills chef Megan McCulloch is responsible for the polished pub fare, which is sure to make any local shriek with glee. Along with smaller snacks of chips, lamb ribs and burgers, the menu includes a jazzed up ‘mac n cheese’ with baked cauliflower, leek and silverbeet, and a brown rice and kim chee goreng with pork belly.

As well as growing a lot of their own herbs, lettuce and citrus fruits in the beer garden, most of the produce is sourced locally. The coffee is from Golden Cobra in the inner west, while Newtown’s Young Henry’s has quickly become the number one beer on tap.

While the kitchen is open for business from noon on weekdays, the weekend sees a special breakfast menu that is served from 8am. And with most meals available as takeaway, dining at The Henson doesn’t have to be a sit down affair.

With a community feel that goes a lot further than a drink, The Henson is reinventing the inner west pub scene with a great menu, affable venue and a local behind the bar.