Friday Beers by the Batch

In the lead up to each weekend, Marrickville’s new Batch Brewing Co opens up its craft brewery to those who’d like to taste the latest beers and fill up their bottles. 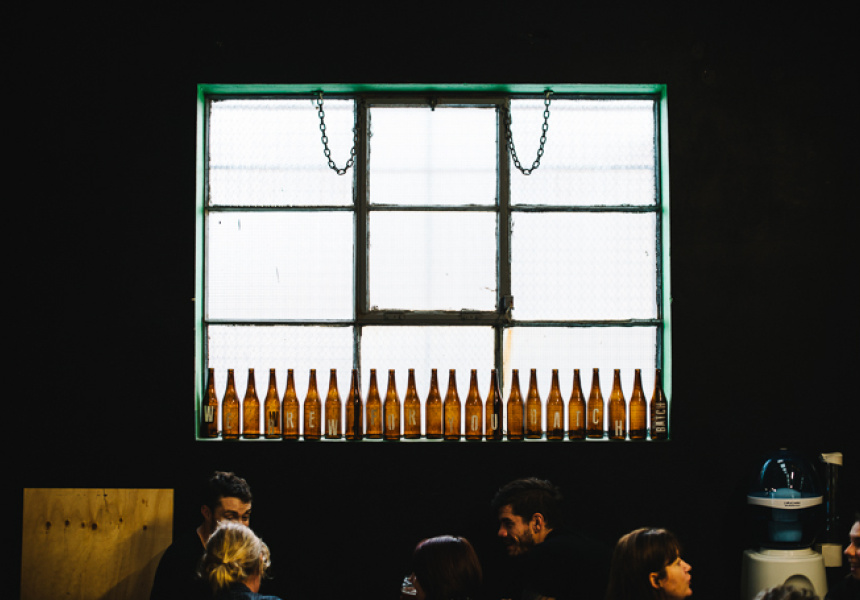 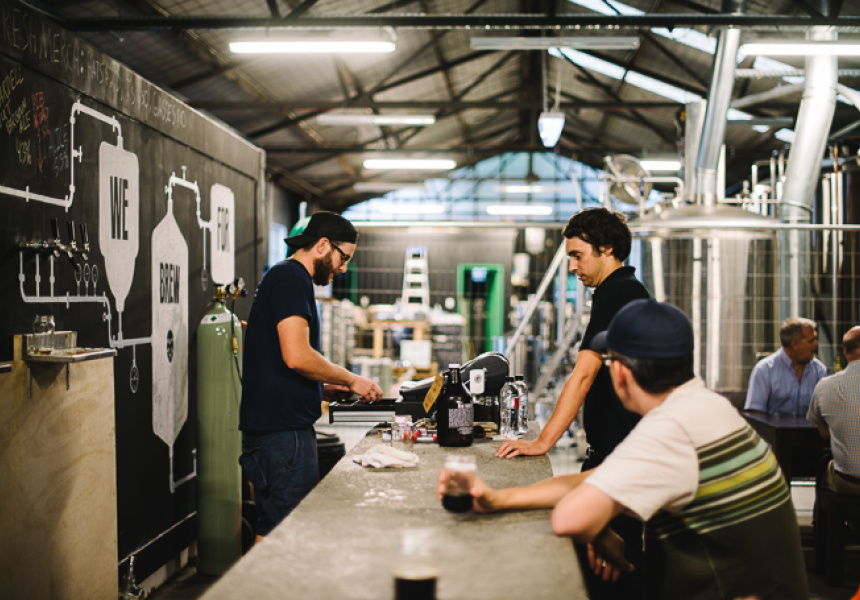 In December 2013, on gritty Sydenham Road, Marrickville, in a former panel-beater’s shop, a new craft brewery opened. The almost-instant popularity of their Batch Brewing Co has surprised its owners, Andrew Fineran and Chris Sidwa, two Americans who met in Sydney as fellow lacrosse-players.

On any Thursday, Friday or Saturday afternoon there is a steady stream of (mostly) locals dropping in to taste the latest batch that’s been brewed, and taking home bottles – a refillable ‘growler’ (1.89 litres) or a 640 mililitre ‘bomber’ – filled with their beer of choice. “The local turnout is very surprising,” Fineran comments, “and the repeat business is fantastic.”

Keen beer hobbyists, Fineran and Sidwa had each been home brewing for 10 years. One day the topic of starting a brewery together came up. Two years of planning and some serious equipment later, and their hobby is now a livelihood. With the help of friends, they painted the interior black, and built a bar out of abandoned pallets, topped with a concrete-aggregate bench top. Some worn, brown-leather couches and milk crates complete the look.

The brewery’s regular brews include an American pale ale and an IPA (Indian pale ale), both mid-brown in colour. But the range changes every two weeks, since that’s how long it takes a batch to mature, each being a limited release. There was a wheat beer called the Alice the day we dropped by, and Sidwa tells us he is working on a nut-brown ale, “very much a fall brew”, made with 10 kilograms of roasted pecans. “It’s stuff we want to make just for fun,” he says. Others to sample included Paint it Black (a stout), and the Griz (a Grisette or Belgian-style ale), made under contract for Shenanigans Brewery.

Pleased to be in this mixed neighbourhood – an up-and-coming arts and small business hub – the pair is keen to link up with other small businesses. A collaboration with Newtown loose-tea specialist T Totaler resulted in a beer called WheatTEA. This involved dry-hopping a wheat beer with a chai blend to make a beer where “the aroma was chai tea and the taste was wheat,” Sidwa explains.

The Paint it Black stout (“with Belgian yeast giving it peppery notes”), has been incorporated into a meat and mushroom pie made by Simon Bimson of Strawberry Fields Patisserie in nearby Dulwich Hill. Local bar Gasoline Pony has the American pale ale on tap and a few other local bars and breweries are also stocking Batch Brewing’s wares.