This Inner-West Brewery Housed in a Former Paint Warehouse Gets More Drinks, More Plants and a Nautical Makeover

Willie the Boatman’s now got an 1850s oak bar from a former US saloon (with a real-life bullet hole) and is serving two new beers perfect for summer: sours inspired by the Mojito and Pina Colada. 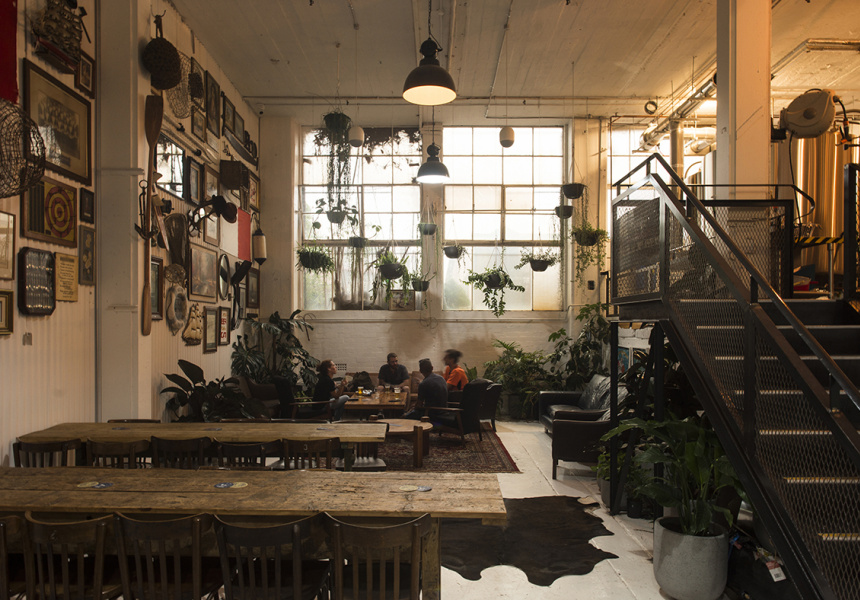 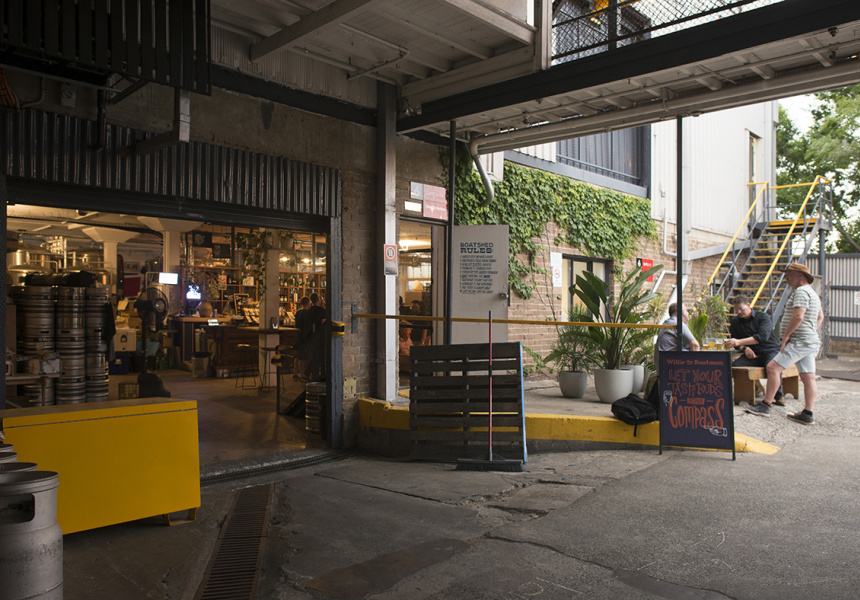 The centrepiece of the makeover is an 1850s oak bar from a former Philadelphia saloon in the US. “There’s 150 years of patina on it. We didn’t scrub it, we just gave it a vacuum,” says co-founder Pat McInerney. (Keen-eyed visitors may also spot a real bullet hole in it from a previous life.)

Co-founders McInerney and Nick Newey got award-winning firm Luchetti Krelle in for the design. The rustic furnishings complement the industrial vibes of the former Taubman’s paint factory, bridging the gap between beer garden and brewery. Nautical relics adorn the walls – a nod to Willie himself, the Scottish freed-convict who ferried people across the nearby Cooks River in his rowboat. “They were collected by us and one of our business partners who had a fun time going to op-shops and auctions,” Newey says.

There’s also new equipment, which allows the brewing team to make drinks with higher alcohol content. The Double Nectar of the Hops IPA has 8.8 per cent alcohol but tastes deceptively light. It joins mainstays such as the Lil Louis XPA and the Albo, the corn ale named after inner-west MP and leader of the opposition Anthony Albanese. Those who want takeaway can choose tinnies, longnecks, refillable growlers and cannibals – one-litre cans.

There are also two new brews: the Mojito and Pina Colada-inspired cocktail sours – which are refreshing and light. “We always had trouble doing sours with our last system,” McInnery says. “[It] should be a lot of fun, actually, because it gives us a lot more scope.”

The added seating at the rear has roughly doubled the brewery’s capacity (and can also accommodate larger groups). Walking from the front bar to the new tasting room, visitors get to see how everything is made. The spaces are connected via the brewing area, which has temporary ropes to stop punters accidentally wandering off track. It’s a strong and sometimes pungent reminder that you’ve come to drink directly from the source.