Chance – And a Drum Kit – Shaped This Glebe Brewpub

Circumstance and chance have shaped the fortunes of this small Glebe brewpub. 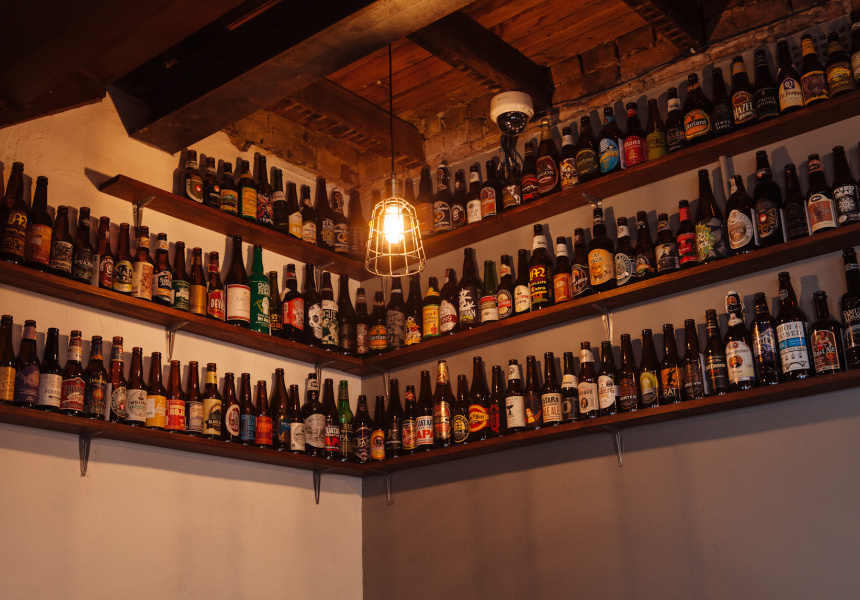 “In my experience, things don’t go exactly as you plan them,” says Steve Drissell, owner of Glebe brewpub Staves. Prime example: Drissell is yet to actually sit down and formally interview any of his staff members.

“The way we hire people is totally unplanned, really,” says Drissell. “Everyone who has worked for us has come into the brewery and said, ‘I really want to work here’. That includes bar managers and our brewer.”

That grassroots attraction reflects Staves’ humble beginnings. Having homebrewed since he was 16, Drissell began brewing more frequently after moving to Australia from England in 2000. Disappointed in the lack of available ales here, he studied brewing at Ballarat University, and bought and kept brewing equipment in storage while searching for an ideal location.

Settling in Glebe, Drissell says progress has been slow. Unlike many larger breweries, he doesn’t have a consortium funding the process. He’s the only one driving Staves.

“We’ve grown organically,” he says. “We don’t have a huge amount of fermentation space, so we’ve grown more slowly compared to other breweries.”

The brewpub currently has eight taps, all pouring Staves’ beers. Five are in their core range: a lager, a Belgian-style table beer, an American pale ale, an India pale ale and an oatmeal stout. The remaining three taps are for experimentation, and have included a sour beer, and a Black Belgian Double India Pale Ale.

The venue’s beer garden has it’s own unique story. Once home to an old shed that had to be pulled down, rebuilding was deemed too expensive. So Drissell turned it into a beer garden. He says now that it was a blessing and a curse – it allows more space for customers to spread out, but less space to brew. As a result, the brewery sits behind the bar.

For all these kind of surprises, Drissell says the biggest has been the response from customers. “We’ve got a few fans who just go the extra mile,” he says. “They design t-shirts and everything. It’s really nice to see.”

The name “Staves” is a reference to the individual wooden strips that make up beer and wine barrels. It’s also a musical term. Drissell is a drummer and a band room is currently in the works at Staves. His kit is already set up there upstairs.

“You just need to turn up with your cymbals,” says Drissell, “which means you can have a beer because you don’t have to drive.”

Owning your own brewpub is a lot of work, says Drissell, with some very long hours. But he says he feels more part of a community than he ever did in his old life as a business analyst.

“The beer community is very different to the corporate world,” Drissell says. “People genuinely help each other out for the good of the industry.”