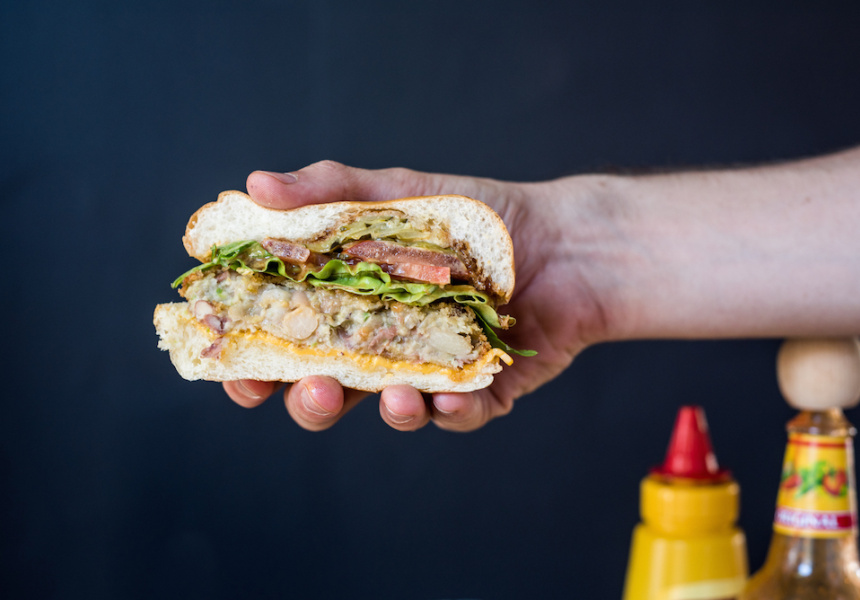 The latest spot for American-style burgers in Sydney is lower Oxford Street, where newcomer Burgers Anonymous has moved in.

Unlike many new burger openings in Sydney, these burgers aren’t stacked, stuffed or layered with experimental ingredients or other fast-food staples (onion rings etc.). “I don't want extra carbs or anything in my burger,” says Dennis Tang, Burger Anonymous’s co-owner and burger designer. “I just want meat and sometimes salad. I have honest burgers.”

The burgers are basic – pickles, tomato, onion and that ubiquitous easy-melting American cheese. But, typical to the trend, the precision and love is in the sauce and patty. Tang and his business partner John Le mince their own patties using a Hunter Valley Premium Meats blend. The exact ratio is a secret, but Tang says it’s sirloin-based. “It’s a lot more expensive but it gives a better taste. It's not your normal cut. Most places use chuck.”

The patties can be topped with double-smoked, triple-glazed bacon, or doubled with extra cheese for Burger Anonymous’s signature, The Heisenburger. There’s not much to go with it at this stage, just some thin fries (with optional bacon and cheese) or fried pickles. The most innovative thing on the menu is the vegetarian burger. It’s called The Hipster and has a crunchy patty of quinoa, beans and capsicum.

Tang and Le have never worked in food before, but once they get their systems set up, they want to introduce a spicy peanut burger; a Japanese marinated variety called the Miyagi; a range of alcoholic “dranks”; and some desserts. “Have you ever had a deep-fried peanut-butter-jelly sandwich?” Tang teases.

The space is almost completely painted black, there are beakers on shelves, hazmat suits pinned to the wall and a giant mural of Walter White. Tang doesn’t want to indicate any scientific burger experimentation going down, he just likes hip-hop and Breaking Bad.