Breakfast for the Chill

Winter will do nothing to scare away the weekend brunch crowd. So rest assured your favourite venues are accommodating the chill. 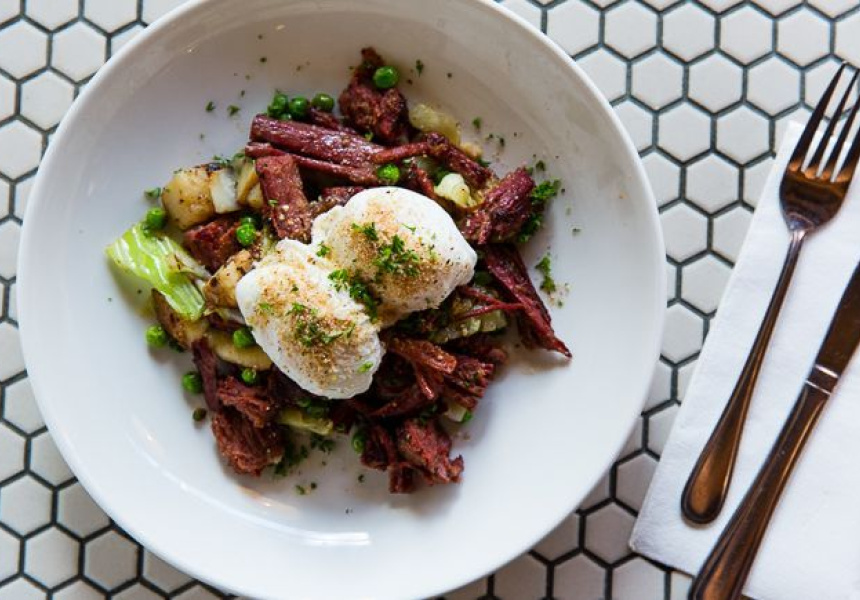 Zucchini and corn fritters at Bootsdarling

As winter begins to wrap itself around our bones, many Sydneysiders retreat indoors in the evening, leaving the city’s bar stools empty. But when it comes to breakfast and brunch, there's no better time time to embrace the chill for something warm and nourishing to eat.

From baked eggs in a rich tomato sauce, to French toast made from thick-cut brioche and topped with poached pears, here are a few of Sydney’s most warming winter breakfasts. BYO blanket.

SHUK – shakshuka
Tucked away in the backstreets of North Bondi, this Israeli cafe is gearing up for a cold winter with its popular shakshuka, a dish of baked eggs in a spicy capsicum and tomato sauce.

When it comes to making this special dish, it’s all about tradition. “The spicy sauce comes first, and only once hot and simmering do you add the eggs. The trick is to create individual nests in the sauce for each egg to cook,” owner Erez Baker explains.

Order it traditional or with chorizo or kale. It arrives hot off the stove in its own cast-iron skillet.

Clipper Cafe – baked eggs
Since opening on Glebe Point Road five years ago, the menu at Clipper Cafe has seen a few changes. Today you’ll find its popular baked eggs with mushrooms, chorizo or Lebanese lamb sausages. “This has been our most popular dish through all seasons,” says owner Joe Nell, “but we see its popularity spike in winter. It comes straight out of the oven. It just warms you right up.”

Ruby’s Diner – brioche French toast
The newest addition to the Ruby’s menu is brioche French toast. Brioche is sourced locally from La Patisserie, a Portuguese bakery in Petersham and then filled with house-made honey ricotta and soaked in an Egganics egg wash before being finished with organic maple-roasted pears. Originally a trial dish gracing the pages of a six-week temporary menu, its popularity ensures it will stay exactly as is throughout the winter season.

“This is definitely a weekend dish,” says Ed Devlin, the owner of Ruby’s. “It’s that little bit of luxury you want to take the time to sit down and indulge in.”

Jed’s Food Store – eggs Kurosawa
An institution for Bondi locals, Jed’s Food Store offers a Caribbean-inspired menu which is no stranger to change. But through the years and seasons one thing remains constant: eggs Kurosawa. “Growing up in Venezuela, there were a lot of Japanese immigrants and that had a huge influence on the food,” explains co-owner Roberto Weil. “The dish is a simple mix of scrambled eggs cooked in sesame oil, nori, pine nuts, quinoa and spices. It’s a mix of the two cultures.”
60 Warners Avenue, Bondi Beach

Chef Justin Iddles is looking forward to what’s to come as the season shifts. “Our cafe really suits a winter market,” says Iddles, “it’s small and cozy and breeds a warm atmosphere.” The star of the menu is the zucchini and corn fritters served with a side of smoky bacon and a poached egg perched on top of roasted tomatoes. Consistently the most-ordered dish, Iddles and the team have even introduced a new variation to the winter menu: vegan spiced pumpkin fritters made with smoked paprika, coriander and red capsicum for added heat.

Brewtown Newtown – corned beef hash
“It’s exciting because we haven’t done a winter season yet,” says Brewtown Newtown co-owner Charles Cameron. “We have a lot of opportunity to bring excitement to the menu and explore comfort food.” Already a favourite among regulars, the corned beef hash will be sticking around through the winter season. Slow-cooked silverside beef, local roasted baby potatoes and garden peas make up this completely gluten-free dish. “We’ve actually found that our customers really appreciate knowing that they can get gluten-free and vegan options here. They can come here and not worry about what they are going to eat.” 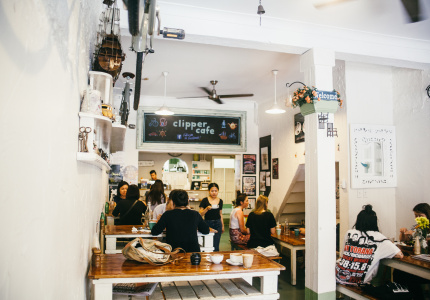