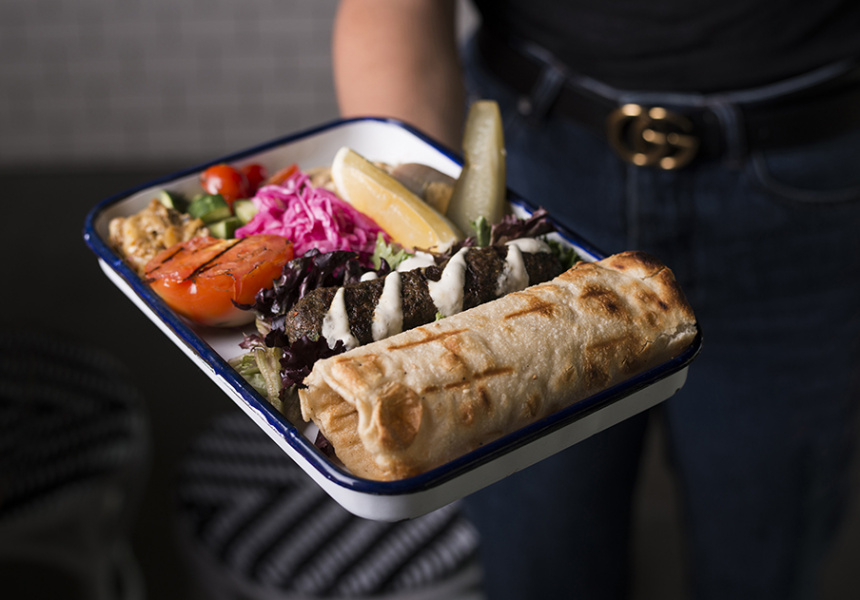 According to Yoni Kalfus, owner of Shuk, Chatswood was lacking the Israeli and Middle Eastern flavours his original well-liked cafe provides to Bondi and its surrounding suburbs. It’s one of the reasons he, along with business partners Erez Beker and Ariel Hefer, decided to take the Shuk concept across the bridge. “From what we know there isn’t something similar to what we do in the area,” he says.

The Chatswood fit-out is very similar to the Bondi space but is “fresh and new”, says Kalfus. The same black and white subway tiles feature, as well as the Edison-style lightbulbs and the open kitchen. But unlike the Bondi venue, which dominates a large corner position in the backstreets of Bondi, this Shuk is in the plaza and has a more urban feel.

The Chatswood venue is helmed by head chef German Sanchez, who wants each Shuk to have its own identity. “Shuk is known for its Israeli and Middle Eastern classics; we want to hero these and continue to push the boundaries with new dishes,” he says.

That means you’ll be able to get classics such as the excellent shakshuka, a breakfast dish of baked eggs swimming in a spicy tomato sauce, and new dishes such as beef kofta with salatim (or salads). For this, the spiced ground meat is served with a freshly made flatbread, grilled tomato, Israeli salad, smoked eggplant, tahini, hummus and egg, or you can opt for falafel if you’re vegan.

There is also Turkish bread, challa rolls, croissants and bourekas (puff-pastry triangles with fillings) made in the Shuk Bakery, also in Bondi.

January 2019 will be a busy time for the group: there are plans to add dinners at the Chatswood venue, and the Elizabeth Bay Shuk is slated to open, too. 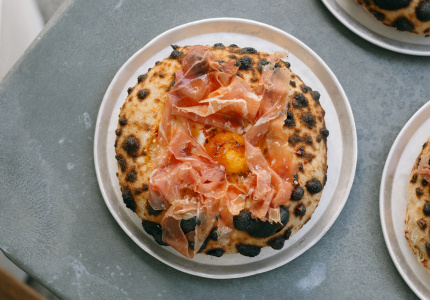