Not to be confused with poke bowls. 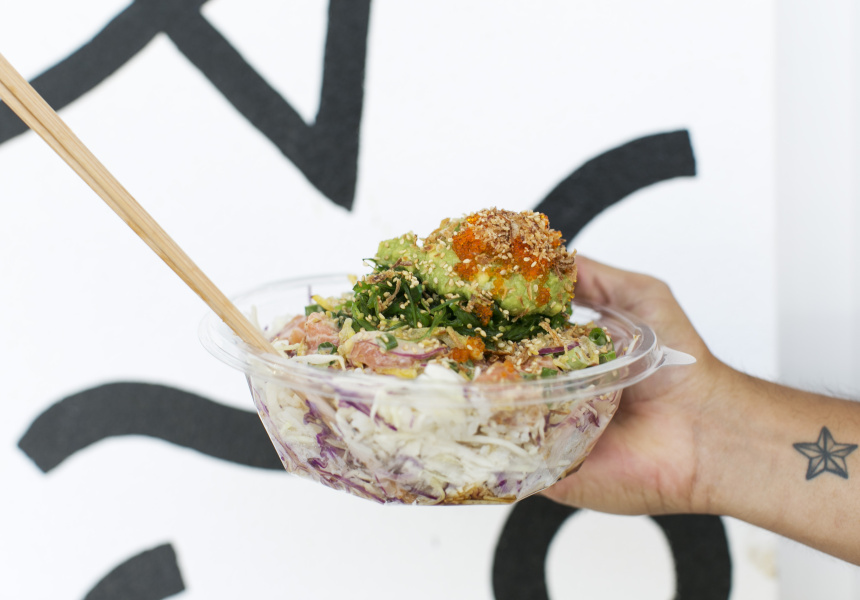 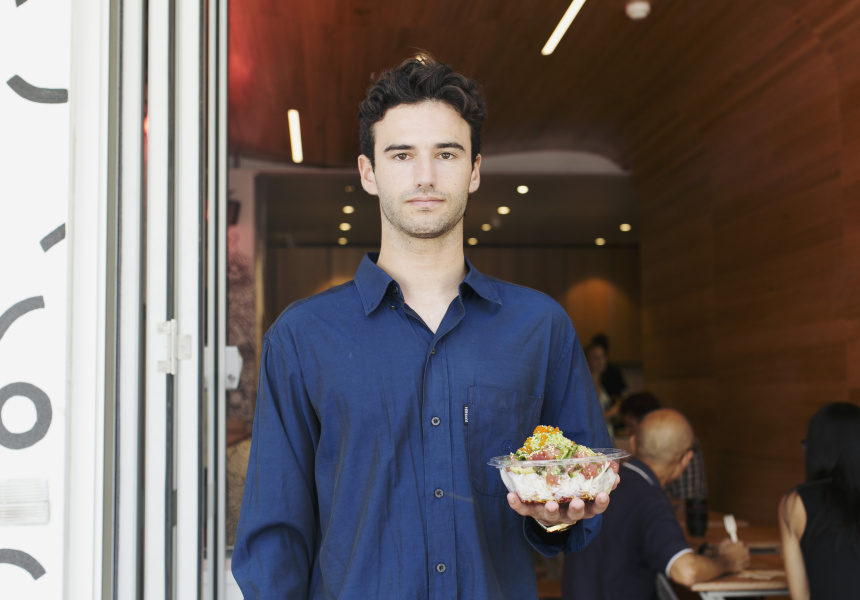 After only seven months in Bondi, Nathan Dalah and Nic Pestalozzi, the co-owners of Fishbowl Sashimi Bar, have opened their second shop on Crown Street in Surry Hills.

“We wanted to make it convenient, which is why we didn’t open on a back street, but also thought ‘lets go to the places where people know food and love food and care about food,” says Dalah.

Dalah says a market fish special is on the cards. “Rather than having kingfish on as a permanent fixture, we’re thinking it would be cool to have a market fish on. Last week we sampled octopus sashimi and it was so good. People who like it really love it,” he says.

The interior by Telegraph Road mimics LA’s beach vibe. While the Bondi store emulates an empty swimming pool, with its tiled roof and concrete-clad walls, the Surry Hills venue is slightly softer. Tasmanian hardwood was used to create the wave roof, tables and stools. Miami-pink tiles act as the bar’s façade, while a pink neon-sign, spelling “sashimi”, decorates an exposed-brick wall.

“This is like the grown up version of the Bondi store. I’ve always believed we should focus on giving people beautiful food, but let’s try and give people an environment that’s up to that food standard,” Dalah says. “Lets give them design and music and friendly service and have it be super causal and easy.”