The new Maurice Terzini restaurant will serve dishes inspired by the cucina povera (peasant food) of southern Italy. The $2.7 billion precinct will feature a stack of restaurants, delis, cafes and shops. 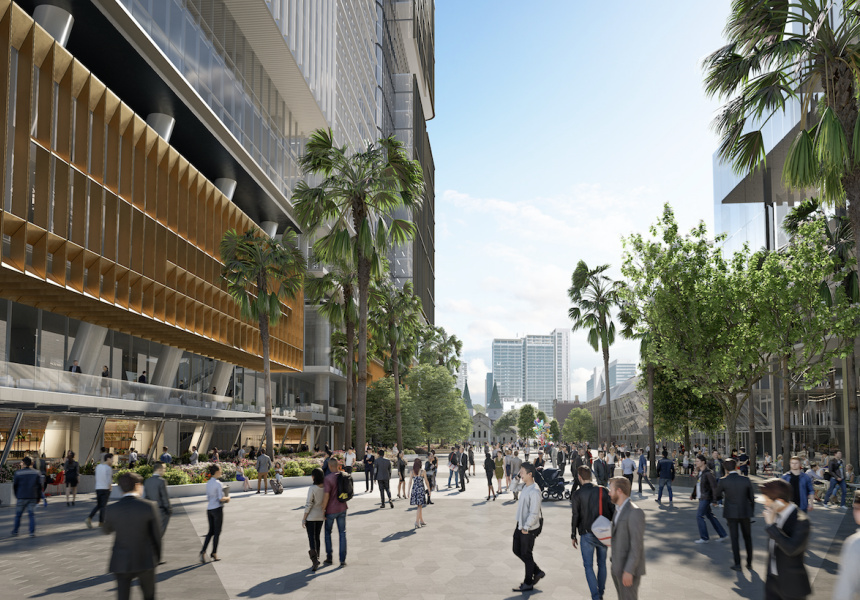 When Broadsheet spoke to restaurateur Maurice Terzini (Ten Pieces, Icebergs Dining Room and Bar) last week about his future, he mentioned he had some plans in the works. Now – much sooner than we expected – Terzini has announced his next step: a Parramatta outpost of his popular Bondi diner Cicciabella, slated to open in September.

While going west might seem like a surprise move, Parramatta isn’t a random choice: Sydney’s second CBD is soon to be home to a new $3.2 billion precinct, Parramatta Square, which will include several new office towers, restaurants, delis, cafes and shops.

Cicciabella – which Terzini says is inspired by the trattorias found in big Italian cities such as Milan – will be launched in collaboration with Walker Corporation, who he worked with when he opened his first Sydney restaurant, Otto, in Woolloomooloo in 2000. (He left the fine diner a couple years later.) The Walker Corporation is led by billionaire Lang Walker.

“Cicciabella is not a single concept – it is and will be, I hope, a combination of concepts,” Terzini tells Broadsheet. “I want Cicciabella to be an Italian cultural journey, inspired by my youth and the years that I spent in Italy where I developed my love of food, art, music and fashion.”

Like the Bondi original, Cicciabella Parramatta will “respect the great Italian traditions, but as usual reinterpret them to make them ours,” says Terzini. “Traditions are to be respected, but it’s time to create our own.”

The diner will be headed up by Nic Wong (ex-Cho Cho San, the Apollo), who recently replaced Cicciabella Bondi’s founding chef Mitch Orr (of Acme fame).

“Nic will be overseeing the kitchen,” says Terzini. “It’s exciting … as we have a very collaborative approach to what we want to produce, and the kitchen works very closely with the front-of-house to ensure the product is very clear and that everything together tells one story – making sure the music, the art, the vibe, the food and the style of service are one.”

The location in the heart of Parramatta’s business district means the diner will be geared towards “fast-paced” weekday lunches, while still retaining the stripped-back ethos of the original. The restaurateur’s regular drinks collaborators – sommelier James Hird and bartender Matt Whiley (Scout) – will both be involved.

“Like Bondi, quality and simplicity are key,” says Terzini. “Three to four ingredients per dish. At the moment we are very inspired by the cucina povera [peasant food] of southern Italy.”

Cicciabella Parramatta is slated to open in September 2020.