All royalties will go to environmental, non-for-profit Landcare Australia. 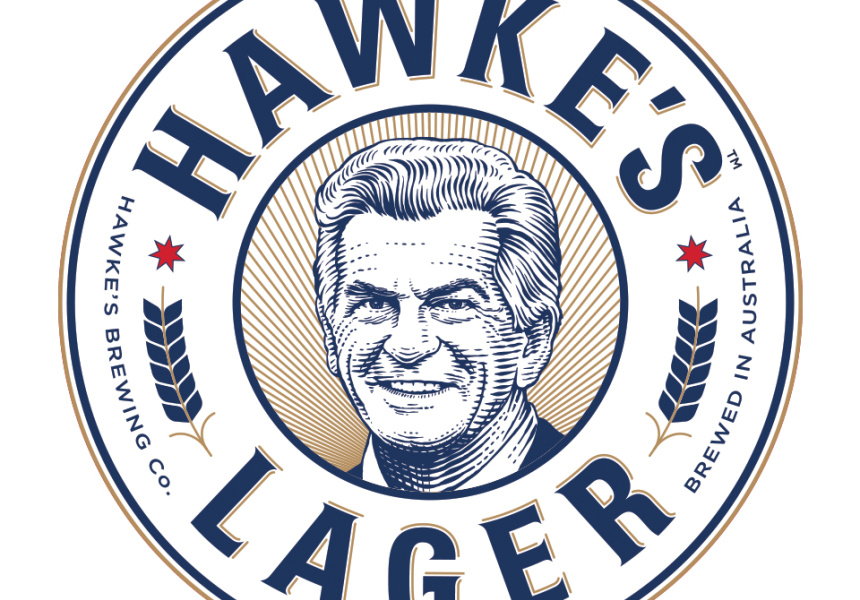 On a lonely Australia Day in New York, creative directors Nathan Lennon and David Gibson were pondering who they’d most like to have a beer with. Both said Bob Hawke – and the idea for Hawke’s Brewing Co. was born.

“Bob Hawke’s such an iconic Australian person. He embodies what we regard as the values of what it is to be Australian,” says Hawke’s Brewing Co.’s director, Luke Langton.

The former Prime Minister will be the name, face and ambassador of the craft beer company, which will support non-for-profit environmental organisation Landcare Australia – a cause Mr Hawke strove hard to raise funds for during his time in office.

While the actual figure to be donated has not been disclosed, “there’s a mutual agreeable arrangement between Hawke’s company, Landcare and Bob Hawke and everyone is comfortable with that arrangement,” says Langton.

“We felt that it would make total sense to have an element of giving back and he [Bob Hawke] wholeheartedly agreed. Once we all agreed that giving back would be a good part of what this brand represents, he naturally and automatically suggested Landcare,” he says.

Currently the only beer available is a lager. It’s slightly citrusy, a little bitter and quite dry. The beer is available on tap throughout 11 pubs in Sydney and Newcastle, some of which include The Clock Hotel, The Lord Dudley, The Courthouse Hotel and The Australian Heritage Hotel. Cans of the lager will be available from April 25.

At the launch Mr Hawke was asked how he felt about having his own beer. His response? “Bloody good.”