A Blue Mountains Sourdough Bakery Worth Leaving Sydney For

After growing his reputation at the market – commanding similar queues to Apple stores on new iPhone days – this baker has turned to bricks-and-mortar. 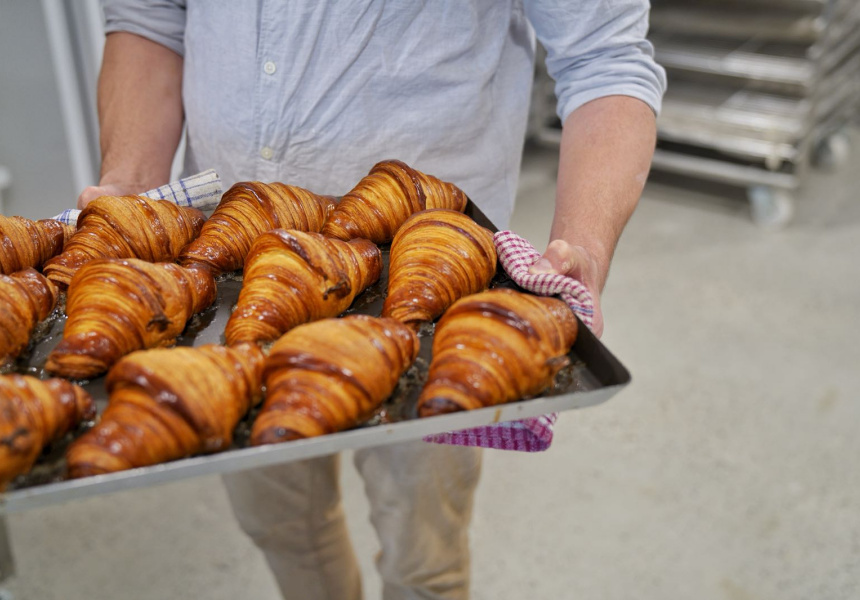 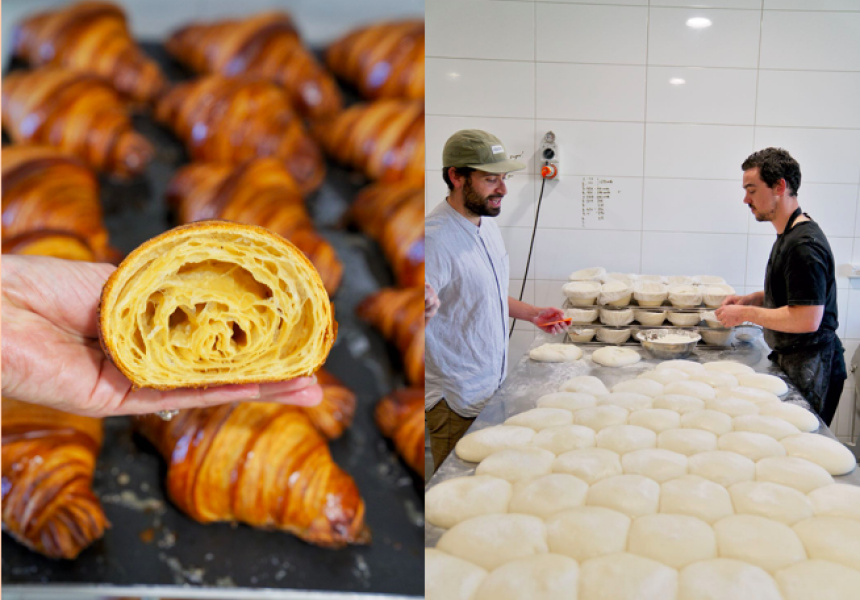 There seems to be a long-standing myth surrounding bakeries in far-flung destinations. Tales of “famous country pies” and artisanal Blue Mountains loaves often leave customers disappointed when the real thing falls short of its rave reviews.

But the sourdough baguettes at Lawson’s Black Cockatoo Bakery deserve every piece of praise they’ve gotten.

And its bread and croissants are brilliant, too, thanks to owner-operator Alex Rivière – a former fine-dining chef whose last posting was at Mt Tomah, before working as a chef at Sean's Panaroma

“[When I moved to the mountains] I was asking everyone where to get good bread. I tried what was in the area and it wasn't for me. So, I started trying it at home,” says Rivière, who says he became addicted to baking after spending days trawling through Instagram and online forums for tips.

Leaving behind the chef life to bake – starting with tubs of dough on his kitchen floor and a part-time loan of Vesta’s woodfire oven – Rivière found his calling. After baking loaves for Vesta, then a few other local venues, he wound up with his own Saturday-morning stall at The Blue Mountains Food Co-op. That’s where he grew his reputation, often commanding similar queues to an Apple store on a new iPhone day.

“I was just an apprentice baker using a 120-year-old oven to bake 100 loaves. It was mad. I got so tired,” he says. Despite his short baking career, Rivière has now taken the plunge and opened Black Cockatoo with his partner, Lulu Samuel, and locals Stefan Simchowitz and Rosi Riedl. The queues have followed.

Unlike commercial bakeries, Rivière doesn’t rely on baker’s yeast. He uses a natural ferment with organic flour, which is made from a heritage grain sourced from industry legends Wholegrain Milling. The result has an impressive depth of flavour and a beautifully crunchy crust.

For now the small bakery offers just a few seats, a counter, an open kitchen and serves the day’s bread, croissants, focaccia and filter coffee (on Saturdays and Sundays). The future holds a lot more though. “We will develop the cafe to make it more welcoming ... Eventually I’d love to do a real lunch offering, pizzas ... and some vegan options.”

This article was updated on August 30, 2018. It first appeared on Broadsheet on June 18, 2018. Menu items may have changed since publication.