“The past 18 months has without a doubt been the most challenging time in all of our careers – but it’s also given us time to step back, reflect and think about what’s next.” 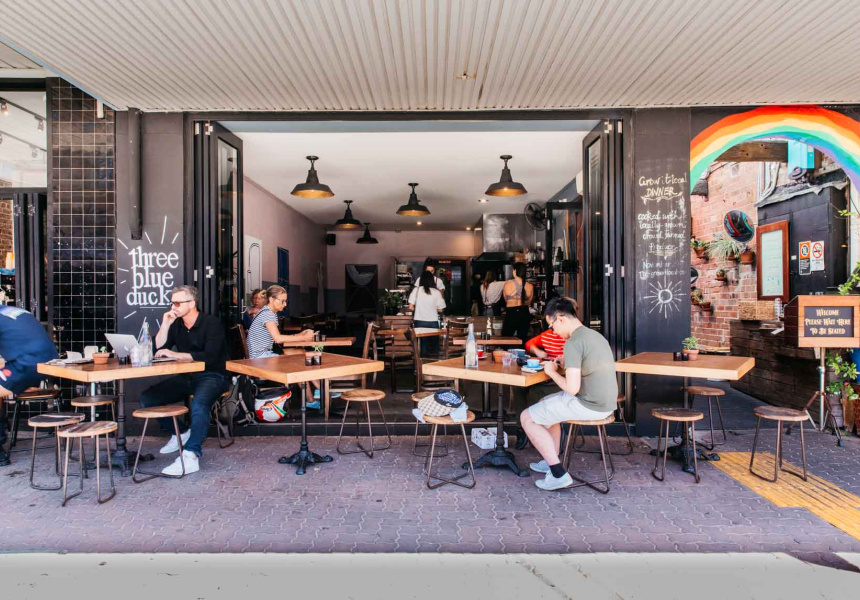 It’s been 11 years since Sam Reid-Boquist, Chris Sorrell and Mark LaBrooy opened a small cafe named Three Blue Ducks in Bronte, plying a trade in wholesome, hearty food. Over the past decade they’ve been at the forefront of sustainability in Sydney’s hospitality scene, expanded from an 18-seat operation into a multi-venue powerhouse, and brought in new co-owners Darren Robertson, Andy Allen and Jeff Bennett. Now, they’re calling time on the Bronte hole-in-the-wall where it all began, announcing last night that they’re selling up.

“Bronte is where we got our start, so it feels pretty surreal to be saying goodbye all these years later,” LaBrooy said in a statement on the group’s website. “The past 18 months has without a doubt been the most challenging time in all of our careers – but it’s also given us time to step back, reflect and think about what’s next.”

In classic Three Blue Ducks style, community will remain front and centre: they’re not selling to the highest bidder but instead want to hand the venue over to a new generation of hospitality talent. Plus, a chunk of the proceeds from the sale will go towards Plastic Free Bronte, which aims to reduce the amount of plastic pollution in the area and make Bronte single-use plastic-free.

“For us, this isn’t about making money, it’s about giving someone a start and giving back to the community that gave us a start too,” says LaBrooy.

The business will come with equipment and furniture; the group encourages interested parties with a connection to the community to apply via an online form.

While it’s sad news for Bronte locals, there are still plenty of spots around Australia where you can get your Three Blue Ducks fix – including Rosebery, just a couple of suburbs over. There are also locations in Byron Bay, Brisbane, Melbourne and Nimbo in regional NSW, as well as wine bar and restaurant Oma in Byron Bay.

The group hasn’t confirmed when it will close the Bronte venue. Find out more here.