Better Than Sunny Side Up: Eggs 10 Ways 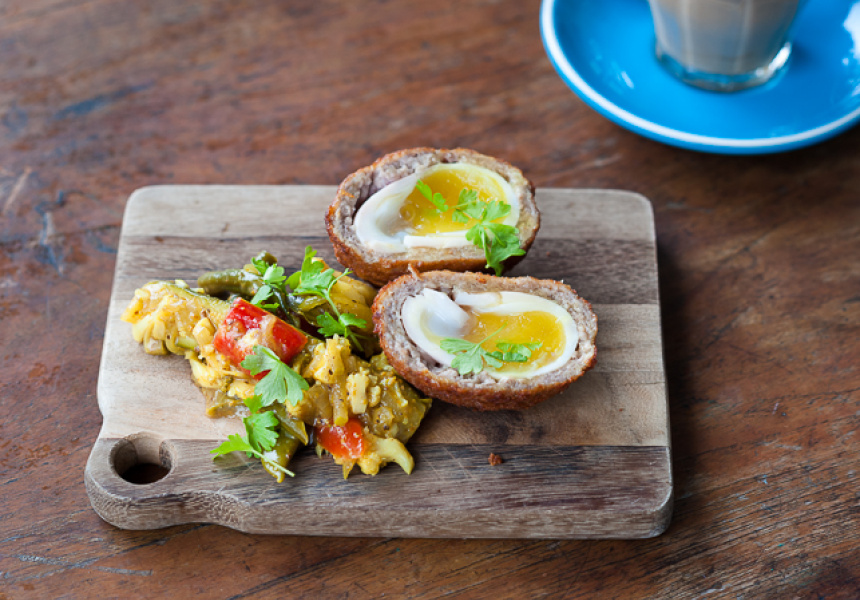 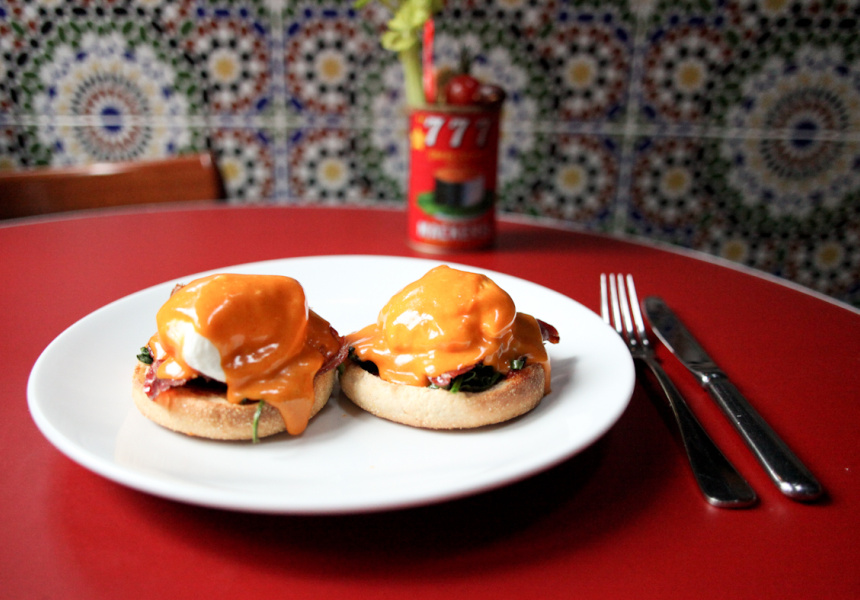 There’s a great satisfaction that comes from the sound of an eggshell cracking against the side of a bowl, before hitting a sizzling stovetop. Whether it’s poached, boiled, scrambled, baked, over easy, rolled or good old sunny side up, the egg is the chameleon of the breakfast world.

Just as Sydneysiders have loosened their drawstrings on the appropriate time of day eggs should be consumed, cafes and restaurants have followed suit by creating oodles of new ways to enjoy them. No longer just served with a slice of toast and a rasher of bacon, these dishes will become your best friend if you’re feeling a little dusty on a weekend morning.

Bread & Circus – Parmesan Not-So-Scrambled Eggs
Scrambled eggs are seemingly simple yet eternally satisfying for a lazy Sunday brunch. At Bread & Circus you can opt for biodynamic eggs to be lightly folded – an alternative to the rough scramble technique – with bullet chilli or a drizzle of real truffle oil and accompanied with avocado, tomato, baby spinach, fresh herbs and sourdough.

The Shortlist Espresso Bar – Bacon and Egg Roll
Sometimes mistaken as the easy way to serve up some bacon and eggs, there’s nothing lazy about this sandwich from the relaxed Darlington nook. Nestled into a perfectly round bap roll, the bacon and egg is cooked in front of you and then rounded out with a squirt of sweet yet tangy chilli jam and caramelised Spanish onion.
258 Abercrombie Street, Darlington
(02) 9318 0080
theshortlistespresso.com

Porch & Parlour – Smashed Eggs
It might sound messy, but Porch & Parlour's smashed eggs are in fact two fragile soft-boiled and peeled white gems on a crusty slice of sourdough, decoratively rolled in a mixture of crunchy sea salt and fresh basil. Now for the fun part – piercing your soft-boiled eggs to create a runny, herby breakfast, with some avocado on the side ready to be smashed in.

Fouratefive – Moroccan Baked Eggs
Inspired by the Israeli dish shakshuka (see Shenkin's take on it), this rich feast is served in a clay dish and scents the cafe air with a mixture of spices. Baked for 15 minutes, the rustic meal is perfect for a winter warm-up. Served with crusty bread to mop up the spiced, rich, tomato sauce.

The Carrington – Smoked Paprika Eggs Benedict
Eggs Benedict can sometimes fall into the uninspiring category. However, the Spanglish weekend breakfast offerings from the Carrington will cure this slump with their spiced-up version incorporating the Spanish flavours of salty Iberico ham, sobrassada and smoked paprika hollandaise.

Cornersmith – Soft Poached Egg Over Dukkah-Roasted Eggplant with Chickpeas and Greens
An alternative for the gluten-conscious, this seasonal offering from Marrickville's most wholesome eatery is the perfect way to perk up a veg dish. In the summer warmth, a tender, slow roasted and spiced eggplant topped with a flawlessly poached egg is a vegetarian triumph.

Cafe Shenkin – Shakshuka
Shenkin’s shakshuka was here before the Middle Eastern micro-trend that has hit Sydney's breakfast scene in recent months. The recipe was handed down from the Haikim family’s grandparents in Tel Aviv and includes two poached eggs cooked in a rich tomato, capsicum, garlic and onion sauce and is served with pita bread. There are four shakshukas to choose from: chorizo, Mexican beans and corn, eggplant and haloumi, and the original.

Three Blue Ducks – Scrambled Eggs with Black Sausage, Dill Cucumber Yoghurt and Red Currant Jam
An unlikely combination of flavours that pair undeniably well. The refreshing yoghurt pares down the richness of the sausage and matches with the jam in such a way that you’d think they were made for each other. And if you don’t fancy the black sausage even after you’ve tried it, owner Jeff Bennett promises your money returned, but our bet is that you’ll be back.

The Milk Bar by Cafeish – Soft Shell Crab Omelette
A signature dish of this Redfern cafe, the soft shell crab omelette does not disappoint. A fold of perfectly crisped egg encases generous pieces of battered soft shell crab and avocado, all topped off with a zingy ginger and soy sauce.

Orto Trading Co. – Scotch Duck Egg with Orto’s Piccalilli
What could be more nostalgic than the richness of a good old-fashioned Scotch egg? Scottish head chef Chris Low has chosen to opt for the unique, rich flavour of duck eggs, rather than the chicken variety. Wrapped in a pork and fennel sausage mince, this Scotch egg has recently made a comeback due to popular demand after a six-month hiatus. 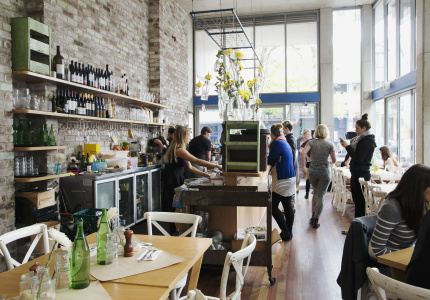