No couple is always in synch. Every duo – friends, lovers, siblings, Patrick Stewart and Ian McKellen – has a hobby that favours one. You like pillow embroidery, they like non-competitive table-top gaming. They’re into lavish tropical hotels, active gear and rare Italian sausages, you’re more a line-dancing, esoteric beers and truffle dust type. But despite your differences you still dig hanging out. But where to go? Here’s our guide to six date spots that suit the attraction of opposites. 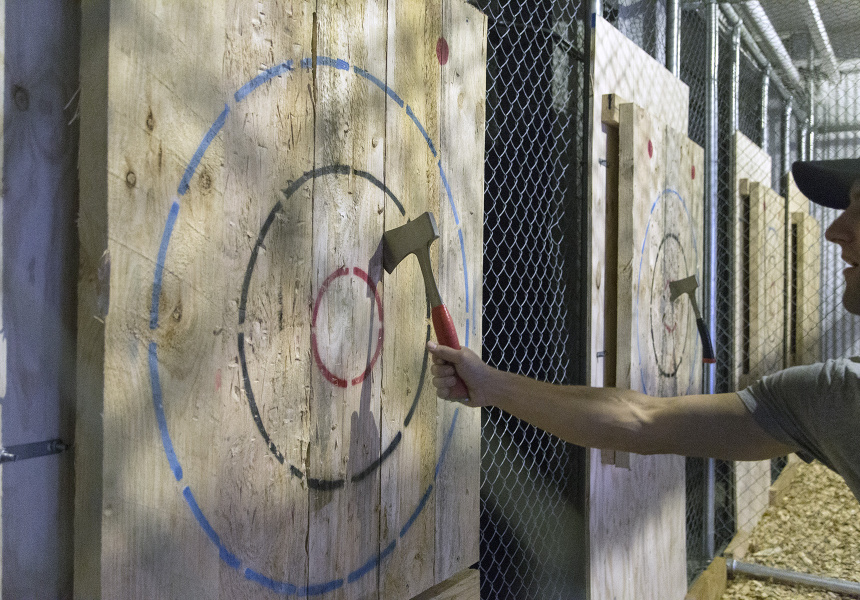 You like shopping, design and craft beer, they’re into throwing axes

The ultimate date spot for the hobby-opposed, Precinct 75 in St Peters has everything. For those with stressful day jobs, horrific bosses or a longing to be in a pre-war western, there’s even an axe-throwing centre called Maxiax. Yep. Maxiax is just a counter, an axe-dispensing attendee and several targets to hurl large axes at. Simple.

For everyone else there’s a microbrewery pumping lagers, IPAs and German-style goses; several boutique shops, an interactive design studio, a luxurious hair salon, a miniature bakery, an award-winning florist and even an urban winery that produces and sells all its goods on premise. Which you can visit while your date throw axes. 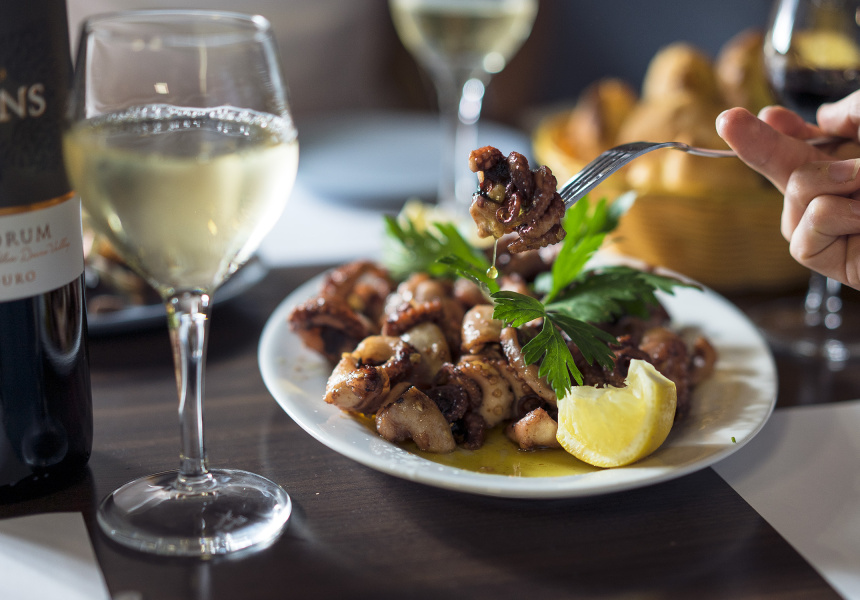 This date at Marrickville Tennis Club involves a bit of compromise. As tennis is a two-player sport, one of you will have to suck it up and hit the courts for an hour. But for that penance you’ll receive a rather unique reward.

Inside the tennis club is Casa Do Benfica, a Portuguese restaurant that doubles as a dance floor on the weekend. The restaurant is utterly RSL-like in vibe but it’s all the more charming for it. The salted cod, grilled octopus and sword-skewered steak it produces are among the most popular eats within the local Portuguese community, even if they do arrive on the table a bit late. On the dance floor you’ll find anything from a duo of Portuguese retirees doing their favourite covers, to a line-up of former Kings Cross DJs pumping out the latest trends in EDM. 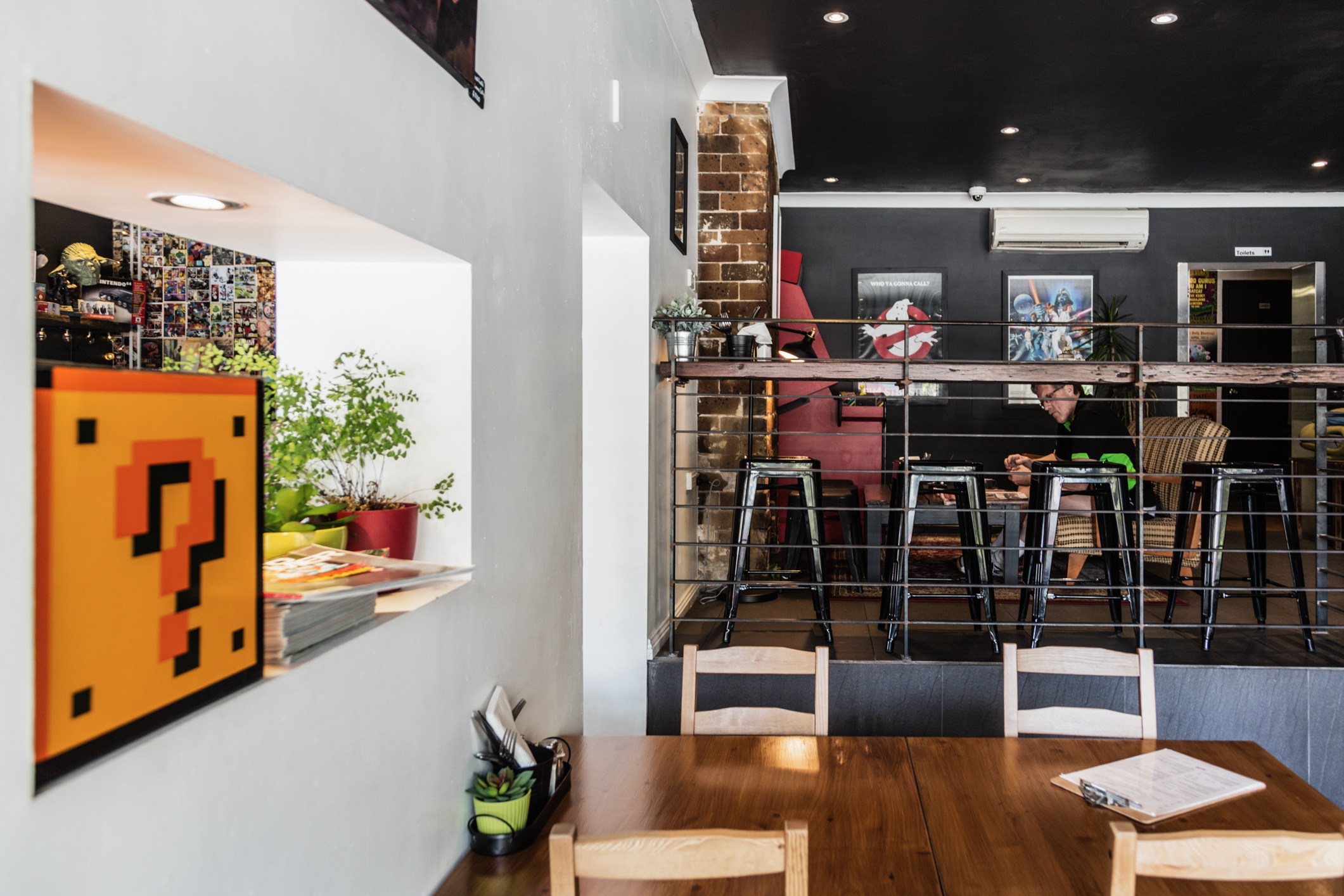 You’re an extrovert who likes beer, they’re an introvert gamer

1989 Bar and Kitchen in Newtown is the perfect option for extravert-introvert couples. For the former, the venue will appeal for its sterling beer list, updated weekly to rotate local newbies and cult-loved internationals.

For the latter, the appeal is 1989’s incredible selection of retro gaming. In one room it’s wall to wall ’80s and ’90s arcades. In another there’s a Nintendo 64, a free play arcade of the world’s most infuriating game, Ghosts ‘n Goblins, and tables for both burgers and board games. 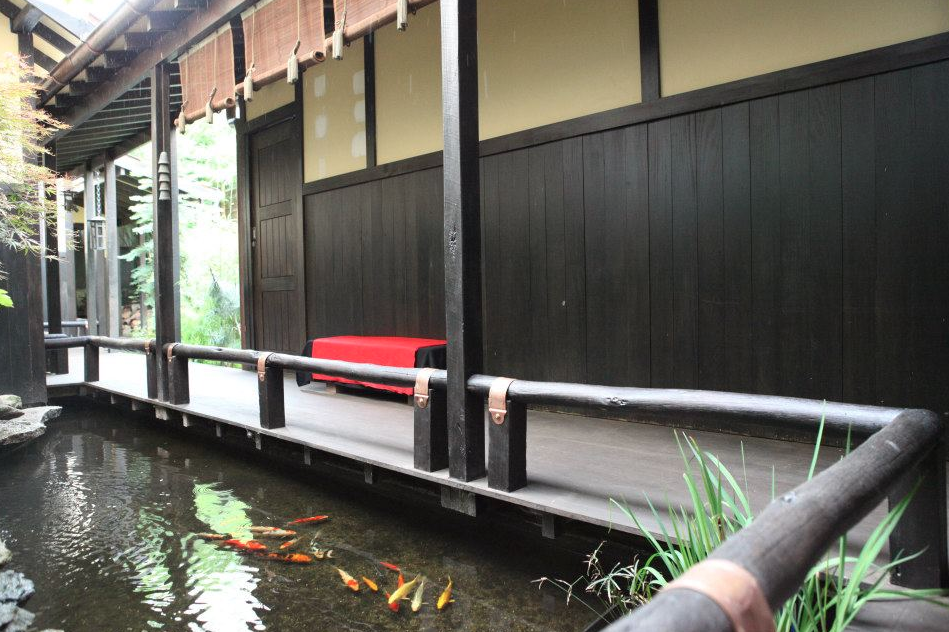 Balmain’s Ryokan Gojyuan remains a well-kept secret, mainly because few people in Sydney use it. The hotel and bathhouse in Balmain constitutes an excellent overnight date for a mixed-interest couple. While one half of the team is enjoying the luxurious Japanese interiors, wooden baths, and immaculate gardens, the other can engage in Japanese arts and crafts workshops on calligraphy, confectionary artistry, kimono dressing and etiquette, and how to make shojin ryori food (a vegetarian Buddhist cuisine).

The next morning you’ll both be treated to a full Japanese-style breakfast, one of only two places you can get a Japanese breakfast in all of Sydney. 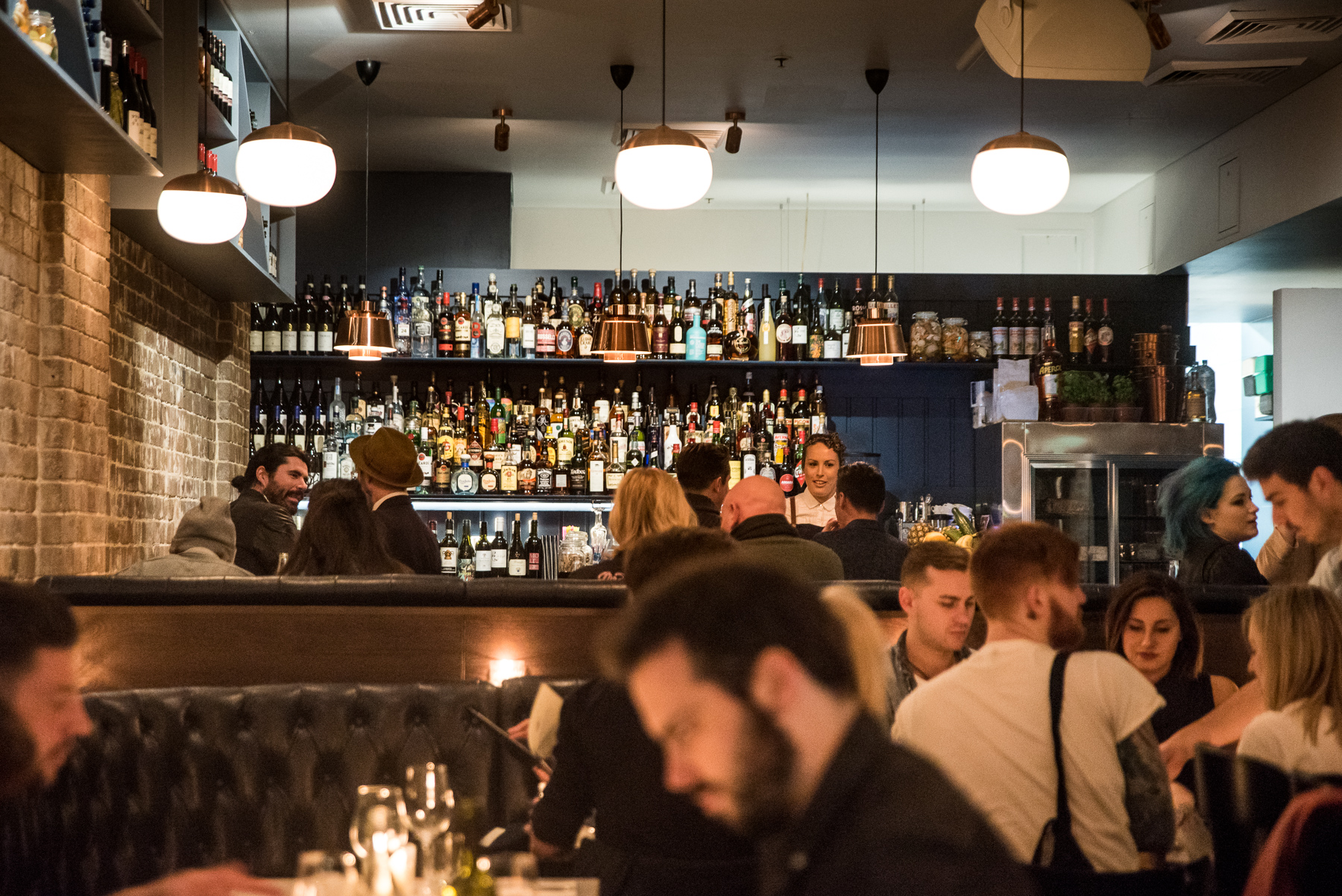 Big Poppa’s in Darlinghurst is one of Sydney’s most-loved casual Italian restaurants. It also happens to double as a late-night hip-hop bar. One of you can satisfy your cravings for Italian fare with busty red wines, thick cut pappardelle with lamb ragu, sloppy mounds of burrata, buttery ricotta gnocchi and Big Poppa’s envious list of cured meats and cheeses.

Afterwards the other can satisfy their love for hip grinding, hip-hop and the entire discography of Kelis. If either partner feels left out at either sitting, there’s an impeccable cocktail list to research in the down time. 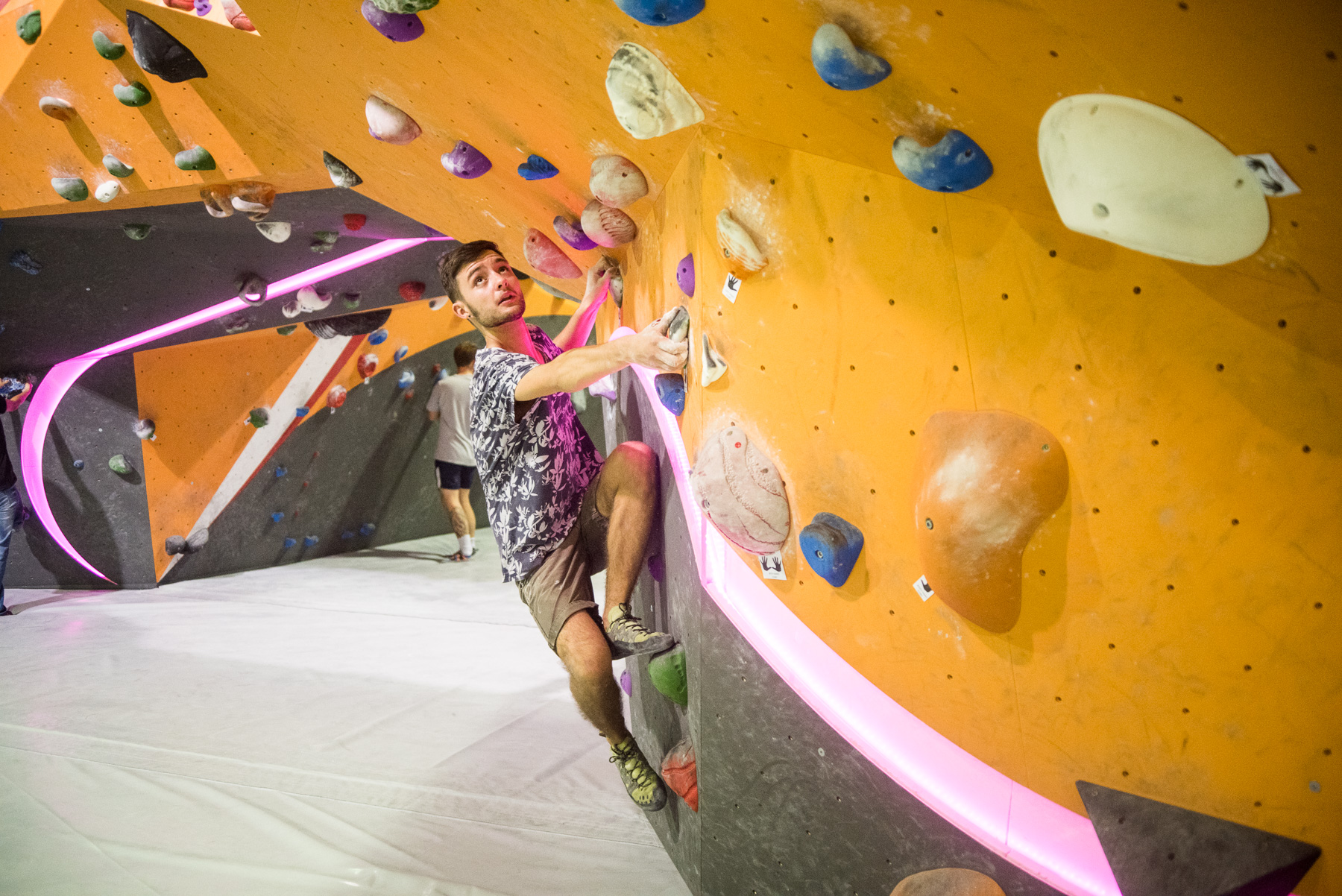 You love casual ping-pong, they like jumping off walls

A rock climbing gym sounds like a one-dimensional suggestion for a date spot. Not at Nomad Bouldering in Annandale though. Behind the climbing gym, one of the biggest and most varied bouldering (that’s the low wall no rope variety) gyms in the Southern Hemisphere, there’s several opportunities for alternative activities.