Benny Burger and Kitchen by Mike to Open at Sydney Airport

Five new eateries will open at Sydney’s International Terminal in the coming months. 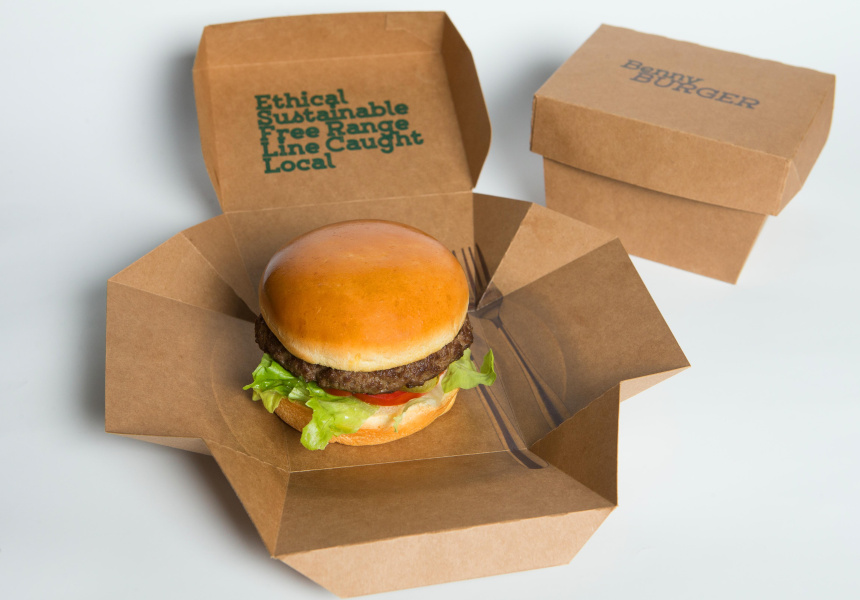 Bennett, of Melbourne fine-diner Vue de Monde, will launch Benny Burger, a burger restaurant with a focus on ethically sourced produce with minimal environmental impact, towards the end of April. The concept, inspired by Bennett’s father’s burger-cooking skillset, will add to Sydney’s burger renaissance.

“David Chang made some comments last year about Australia stuffing up burgers – about adding egg and beetroot – and I thought that was a real insult to our culture,” says Bennett. “We always cop it. I think it’s about time we took a stance on what burgers can be.” (We predict that his signature burger, The Chang, could be a tongue-in-check response to the American chef.)

Bennett will be joined by Wolfgang Puck’s Italian dining venture, The Bistro, and an as-yet undisclosed concept from Kitchen by Mike in late 2016.

“I’ve only met Wolfgang once, but he’s a legend in the industry, so having him as a neighbour is great,” says Bennett.

Danish brand Joe & The Juice (with 132-stores already) will also open. It will serve coffee and to-order juices (including ingredients such as beetroot, avocado and elderflower) paired with electronic music and “attitude”. Here, emphasis is on, “the entire experience,” says Kasper Garnell, head of brand development. “What makes us special is the energy we can bring to places like the airport.”