The inclusive Chippendale venue is signing off with a three-week farewell festival. 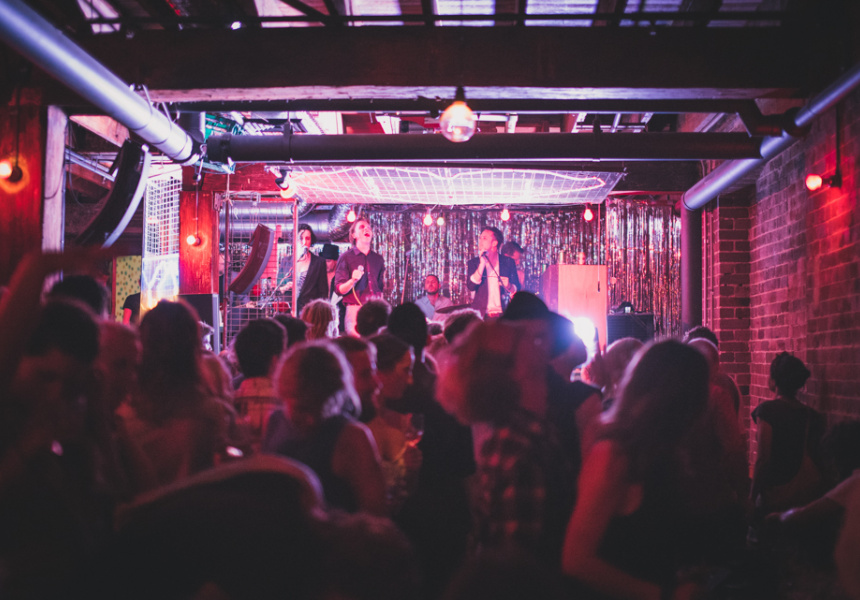 Much-loved Chippendale bar Freda’s has announced today that it will close on November 21. In a statement owner David Abram announced the news, explaining how the bar had made it through lockout laws, rising rents and red tape, only to face closure nine years after opening.

“After surviving five years of lockouts, red tape, rising rents and an exodus of youth from the city centre, Freda’s had finally been flourishing after receiving one of Sydney’s first 4am licences (outside the casino) since the heady days of the Olympics,” he said. “We had been looking forward to by far our most successful and stable year ever. Boy were we wrong.

“Although we could not foresee an international pandemic, it had already become clear to us that we were not part of the long-term plans for our building. The 100-year-old warehouse we have inhabited, as is the way for many grassroots cultural spaces, will eventually become a memory to the high-rise construction that is likely to envelop Chippendale in the next 10 years.”

A spokesperson has told Broadsheet that the impact of Covid-19 was a contributing (but not the only) factor causing the closure, and that the venue’s 10-year lease is also coming to an end.

Freda’s opened in 2011, and quickly became popular for its diverse live-music and performance program. In 2017 it expanded its premises and launched a downstairs exhibition space, where hundreds of artists presented their works – often for the first time.

To mark the closure, the bar will host the three-week Festival of Freda’s, with some of the venue’s most popular artists and collectives returning for one last boogie. Expect gigs from Rimbombo, Gauci, Heavenly, Vibe Positive, Pelvis and Freda’s House Band.

“If it is to only become a memory, then at least it is of the deep, visceral and transcendent, as opposed to stale and flavourless,” says Abram. “Of good times, expression, freedom, connection, music, performance, art and, most importantly, dancing. It is easy to forget in this most restrictive of times that dancing is the most human of behaviours. An opportunity to be completely free, if just for a moment. To connect with each other regardless of background, gender, or politics. If Freda’s is to be remembered as just one thing, it will be as a room for dancing.”

Freda’s will close on November 21.