Chook is still the star, but he’s swapped the deep fryer for the rotisserie. There’s also a fantastic Argentinian-style chorizo sandwich, and cocktails by an ex-Baxter Inn bartender. 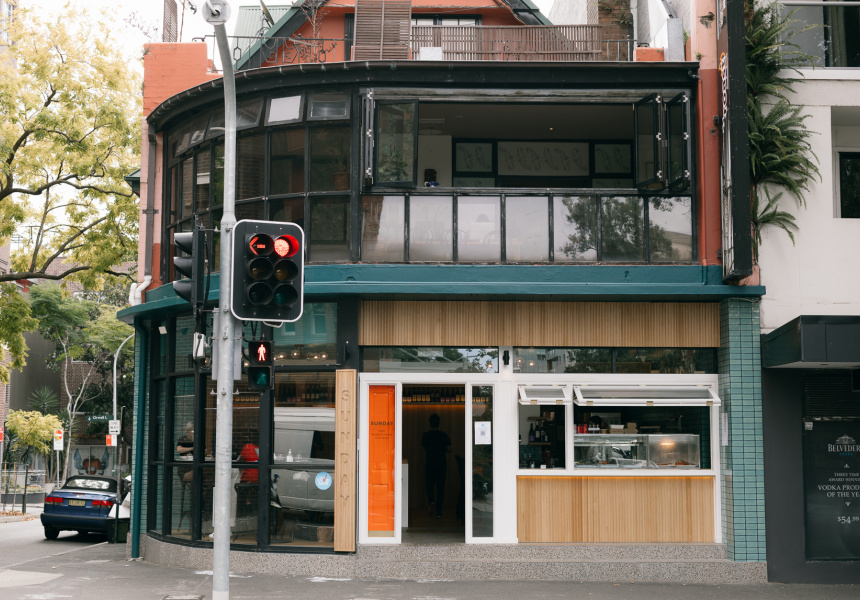 It’s been nearly seven years since Morgan McGlone first opened Belles Hot Chicken in Fitzroy in Melbourne. The diner – best known for its fried chicken and natural wines – has since expanded to Sydney, and these days it runs like a well-oiled machine. While McGlone has no complaints about that, he’s also been left with a bit of extra time on his hands.

Aside from working on his pottery line, Ryo’s Pottery (which he launched during lockdown and is named after his son), McGlone has been keeping busy with his latest dining project, Sunday. The French rotisserie-chicken restaurant, bar and takeaway joint opened in Potts Point in late December.

“Sunday is all about serving the local community and offering a more healthy approach to how we cook chicken … it’s the way I eat now,” McGlone tells Broadsheet. “Don’t get me wrong, I can still get down with a dirty bird. But I’m now just a health freak who looks at my macros. It’s a big change.”

Ex-Apera head chef Ryan Blagrove has been tasked with working the French-imported rotisserie. Each free-range and chemical and hormone-free chicken from Bannockburn Chickens in Gippsland, Victoria, is seasoned with Sunday’s secret spice mix before being cooked for 55 minutes until juicy and tender. Diners can order a half or whole chook with fries and gravy, plus other sides (that change weekly) such as roast vegetables, coleslaw and salads.

While chicken is the star, there’s also a whole-roasted cauliflower with blue-cheese sauce and sunflower-seed pesto, and Sunday’s take on a Waldorf salad with witlof, baby gem lettuce, walnuts, apples and pickled grapes. There’s also burrata with heirloom tomatoes and aged sherry vinegar, and an Argentinian choripán (sandwich) with chorizo, house-made chimichurri and crispy shallots on a soft roll.

“The offering is a super modern twist to your regular Australian chook shop, with a slight lean towards Spanish street food,” McGlone says.

Jenna Hemsworth (ex-Bar 83, Baxter Inn and Restaurant Hubert) has created four bottled cocktails (all available to takeaway, too): a Margarita, an Aperol Spritz, a Negroni and a Cold-Drip Martini (made with coffee by neighbours Room 10). There’s also Running with Thieves XPA and lager on tap, plus a range of natural Australian wines, including Inkwell’s Tangerine viognier from McLaren Vale and Gilbert Family Wines from Mudgee.

The 42-person venue, designed by Steel & Stitch (Franca, Chula and Toppi), is bright, airy and inviting, with turquoise subway tiles, wooden beams, brass trimmings and a hard-to-miss blood-orange door. McGlone describes the space as a more “grown up” version of your regular chicken shop.

A lot of thought has also gone into the takeaway options, too. “The takeaway menu serves all the classics and it’s all about quick service. We want to make sure we can get people in and out, and you’re not waiting more than 10 minutes,” says McGlone. He believes that, despite all the different delivery services available, there’s still “something ceremonial about picking up a chicken on the way home”. 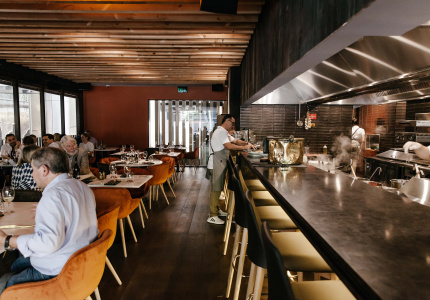 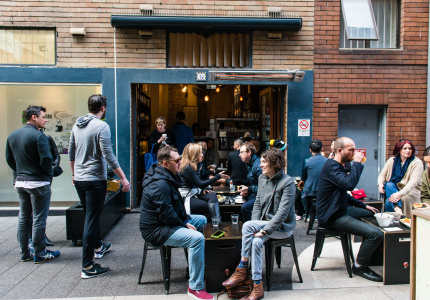