Here are a few reasons why people make the switch, and how to do it safely. 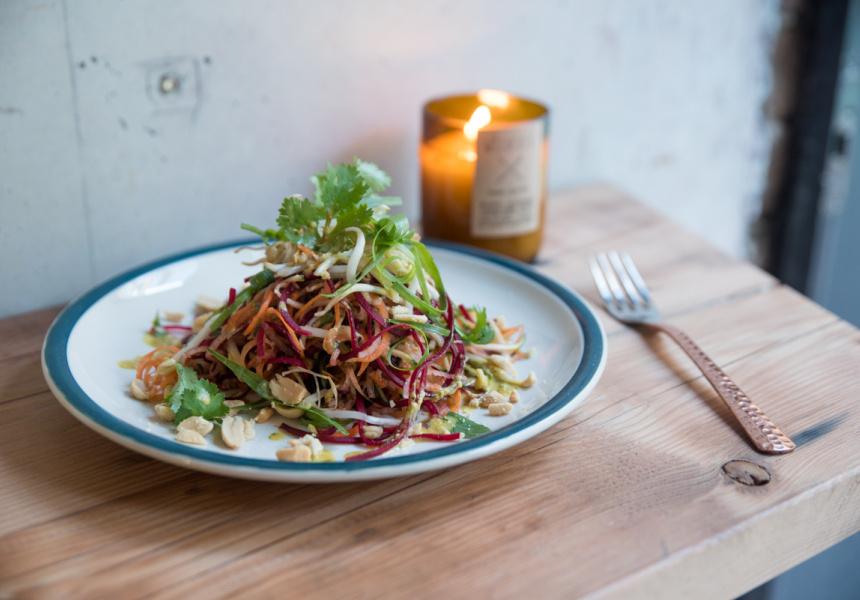 Cheese is the only reason Chris Starke isn’t vegan. A stint at Sydney’s legendary French restaurant Banc when he was 16 left the chef with a serious soft spot for good-quality cheese. “Something organic like the Holy Goat cheese is pretty incredible,” he says.

Cheese aside, Starke is now a devoted wholefoods (as opposed to processed food) convert. The owner of Youeni Foodstore is evangelical about the health benefits of a plant-based diet, so much so that in 2014 he changed the menu overnight at his Castle Hill store to be 90 per cent vegan. “People were freaked out, thinking it was going to be weird and tasteless,” says Starke. In response, he took the word “vegan” off the menu and let the food speak for itself. “Everyone embraced it,” he says.

“I would encourage absolutely everyone to give it a shot,” says Starke, who last year spent three months as a strict vegan. His energy levels soared and his sense of wellbeing immediately improved. “I had so much more joy,” he says.

“Veganism comes under the umbrella of 'eating clean',” says Jessica Cox, a nutritionist who runs the Jessica Cox Nutritionist Clinic in Brisbane. “Because there is a shift towards healthy eating and more of a fundamental understanding of how what we put in our mouth affects our health these days, diets that are viewed as healthy are going to naturally become more popular.”

Adopting an animal-free diet isn’t as straightforward as simply cutting out meat and dairy products. “Any diet that excludes nutritious food groups needs careful planning to ensure nutritional needs are met,” warns Georgie Rist, an accredited practising dietitian and spokesperson for the Dietitians Association of Australia.

Cox agrees. “If not followed correctly, and in a macronutrient-balanced way, the vegan diet can quickly result in deficiencies,” she says, nominating protein, calcium, iron and B12, a vitamin found exclusively in animal products as particular areas of concern. “Once these deficiencies start it is common to develop sugar cravings, low energy levels and digestive upsets.”

To keep energy levels high, vegans must avoid the “smashed ‘avo trap”, where a diet lacking in protein results in compensatory cravings for carbs and sugars. “I personally experienced this in my early twenties when I went vegan for five years – before I had any involvement in the nutrition industry of course!” says Cox. “I ate a heavy amount of fruits, bread with avocado and so forth, yet my protein intake was minimal. As a result I often craved (and ate) vegan biscuits and chocolate most afternoons and evenings, looking for that energy hit.”

Good plant-based sources of protein include lentils, quinoa, tempeh, tofu, beans, grains, nuts, seeds, and vegetables. “Learn to love legumes,” says Rist. “Legumes are classified as a “meat alternative” and are a good source of protein, but they are also a vegetable. Your lentil or chickpea dish will be giving you a two-for-one boost.”

Another option both experts suggest is plant-based protein supplements, which Rist recommends adding to smoothies, homemade muffins and protein balls. “Great options include organic hemp, one of my favourites; brown-rice protein, which is hypoallergenic; or pea protein which has a good amino-acid profile and neutral flavour.”

Iron and calcium are two more nutrients that should be on a vegan’s radar. “These can drop without the right nutritional education,” Cox says. “Ensure you are eating enough iron- and calcium-rich foods, such as almonds, tahini, seaweeds, molasses, leafy greens and broccoli,” says the nutritionist, who also advises taking a good quality B12 supplement.

In Starke’s view, balance is at the heart of a healthy vegan diet, which means avoiding large amounts of fruit or processed foods. He recommends investing in good-quality ingredients, such as oil and salt. “Don’t be afraid to spend a little bit more. It’s better to spend more on your food than your doctor’s bill,” he reasons. “In the long term, it’s cheaper.”

Here is a list of some of our favourite vegan and vegetarian spots to check out: 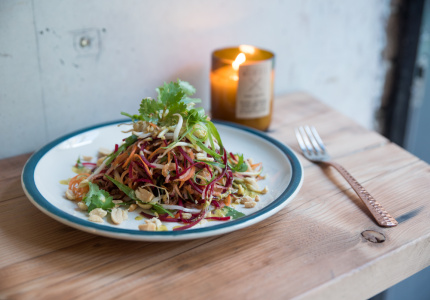 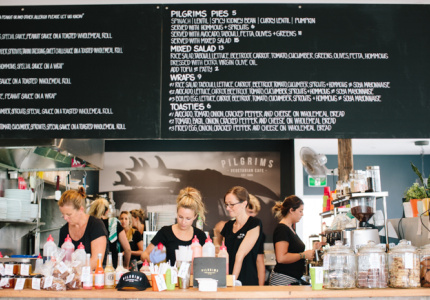 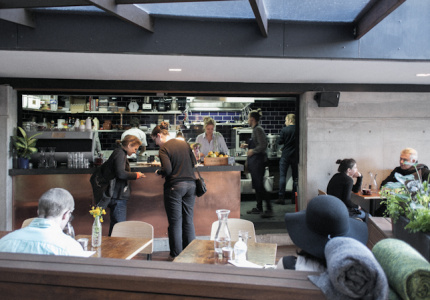