Throw concern for your coronary health to the wind, obey the Bertoni menu: “Don’t ask, just order it.” 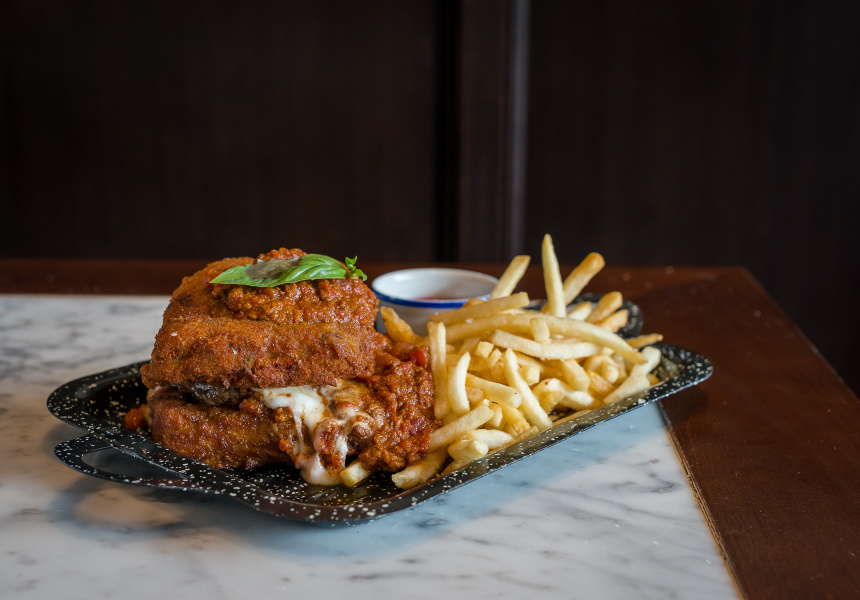 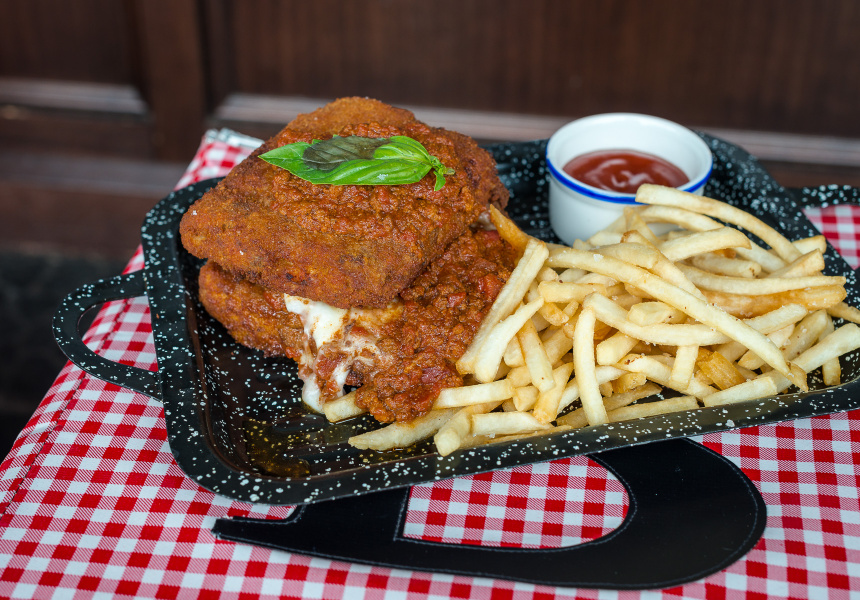 Bertoni Casalinga has been a darling of Darling Street for more than a decade – a family operation from the outset. “Brother, sister, wives, mum and dad,” says Anthony Iacono, “we all put our heads together and created what is now Bertoni.” Iacono is the CEO of the (now expansive, six-location) Bertoni brand. He’s very Italian; when you think the smile can’t get wider, get him started on food. Locals constantly pop their heads in on our conversation, banter with Iacono like an old friend and leave with a grin of their own.

However, we came to Bertoni for the lasagne burger. Two slabs of lasagne replace buns in this bulging, Bolognese-y behemoth. Each piece is crumbed, then lightly fried. Between these two hunks is a tender Wagyu beef patty. Stringy Italian mozzarella and Bolognese sauce are used to adhere these three meaty layers to each other. “It’s not for the faint hearted,” Iacono says. “I could finish it every day of the week … but I don’t because I can’t afford to.

The burger itself isn’t gargantuan, just really, really dense. It’s served with a towering pile of shoestring fries – don’t let them distract you. The lasagne burger is three meals in one, the fries will only waste space. Greasiness is not an issue; ingredients are fresh and well prepared. “There’s nothing bad in it,” says Iacono. “It’s just a big serve, so you’ve got to have a really big appetite to finish it.”

The lasagne in question is nonna Maria Iacono’s family recipe, passed down in Naples over centuries. Iacono loves his nonna, who’s 76 years old and still visits the Bertoni kitchen every Sunday. “She’s very creative, she has a really good eye for a dish,” Iacono says. “She’s a really good food connoisseur, and she doesn’t even know it.” She gave the lasagne burger a thumbs-up and it has proved popular since its launch six months ago. Consultant executive chef Danny Russo (consultant to winning menus at The Oaks and other establishments) was a vital part of its creation. “Balance is the most critical thing,” Iacono explains. “Getting everything to work right.” It works. This is far more than just a novelty; this burger is something that you (and your cholesterol) will never forget.