A Beer and Coffee Match

Marrickville’s Double Roasters and the Shenanigans Brewing team have paired up to launch a coffee-infused beer, Flight Path Ale. 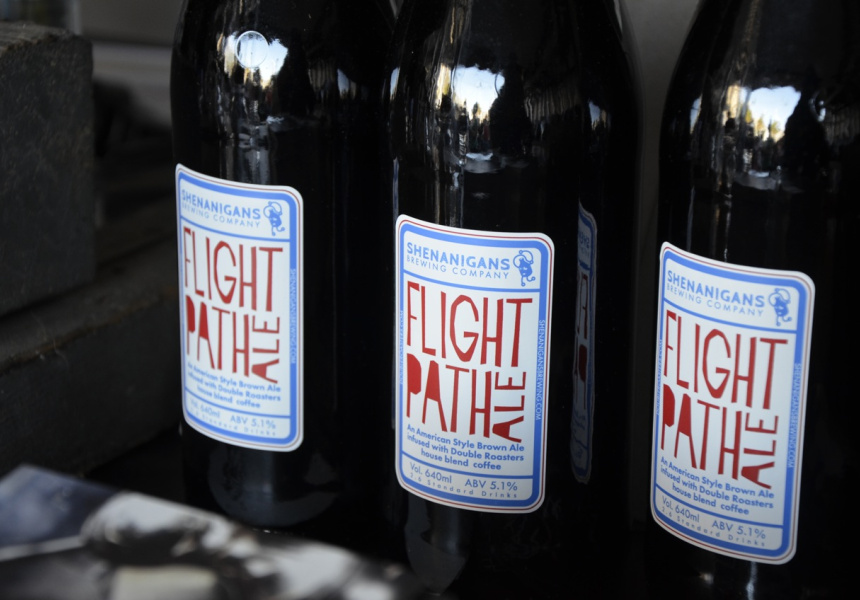 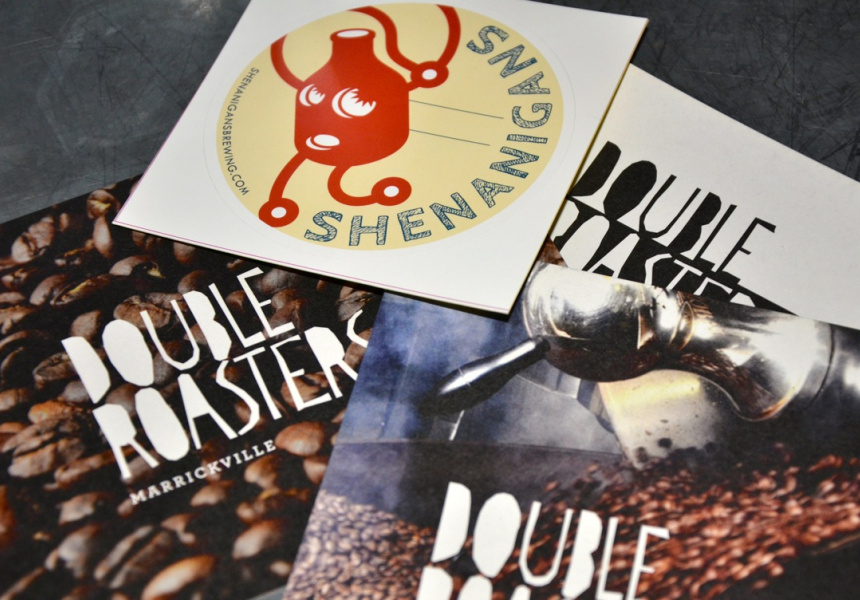 For the couple of years that Dan Beers and Sam Haldane of Shenanigans Brewing were home-brewing, they experimented a lot, including with coffee infusions. When it came time to launch a new brew, they ran with it and teamed up with Scott Robertson of Double Roasters to create Flight Path Ale, which has just been released.

Robertson and Beers refer to their project as scientific and nerdy. Scientific may be true, but in today’s craft beer market, their innovation is spot on. Only a few different infusion methods were attempted, and it was off the back of Robertson’s recommendation that infusing whole beans into already-brewed beer became the process of choice for making Flight Path Ale.

“To simply add coffee to beer wasn’t good enough,” explains Robertson. “We opted for a cold infusion which is generally lighter but more complex.” The flavour profiles in this type of infusion are less acidic, so they don’t compete with the beer’s natural flavour.

An American Brown Ale naturally has a lot of flavour similarities to coffee, “you get roasted, caramel, nutty and citrus-fruit notes in both,” says Beers, so the pairing was a very conscious decision.

In the infusion process, an external layer of oils on the beans prevents the extraction of the more vibrant citrus. This method paired with a shorter steep time allowed for the more vibrant aromatics of the coffee to break through and not overpower the richer flavours of the ale.

The Flight Path blend has been used in a few unorthodox ways by Double Roasters, including in chocolate and brownies; both fantastic things, but pairing craft beer with coffee could quite literally be a match made in heaven. 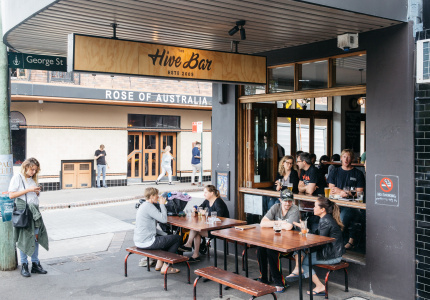