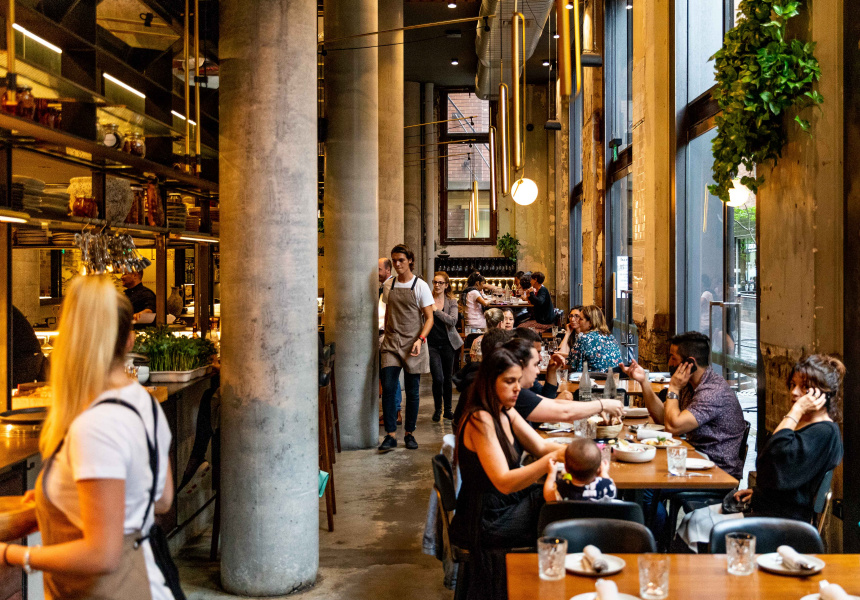 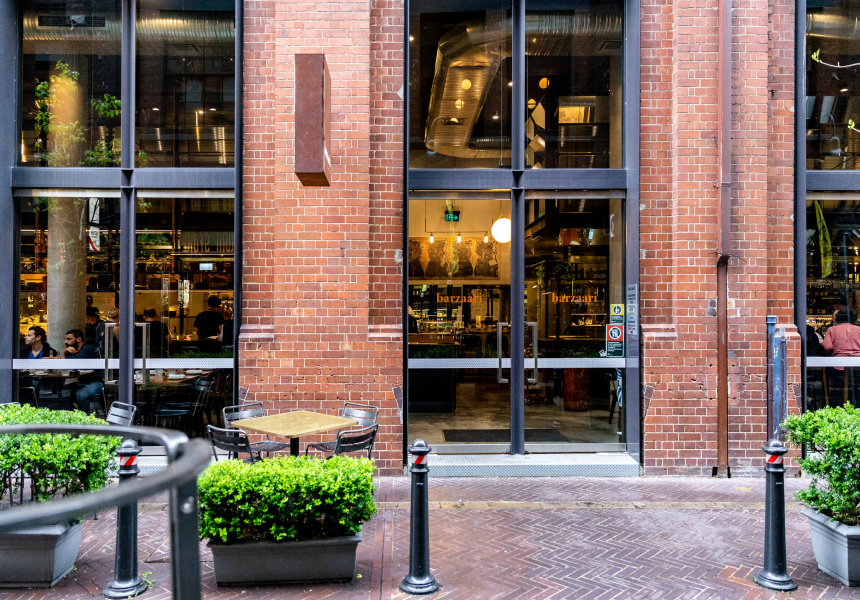 In April of 2018, Darryl Martin, the head chef and co-owner (Andrew Jordanou is the other) of Marrickville’s Barzaari read that chef Jason Atherton was leaving Chippendale restaurant Kensington Street Social, and that the venue was closing. He texted his friend Clayton Wells, the head honcho of the restaurant next door to it, Automata. “Any chance that I could slip in next to you?” he wrote.

Last week the former Quay chef Martin and his team did their first service, filling the industrial-designed space with the eastern-Mediterranean smells and tastes they’ve become known for. “A lot of the flavours are the same [as at our Marrickville restaurant], but [there’s] just more refinement on the whole,” Martin says of the new place.

When we ask what that means, he brings over a jar of pickled eggplant and a koulouri (a sesame-topped Greek bread that has the texture of a bagel). He says the bread is served with house-made butter and Cypriot salt, and the eggplant pickles with an air-dried beef and garlic sauce. He then rolls over a trolley abundantly stacked with nougat, Turkish delight, candied orange peels, marshmallows and biscuits made by pastry chef Audrey Dufay.

The ingredients and the cart (which is unveiled during dessert) are all new inclusions of what they call an enhanced Barzaari experience. They are also making their own olives, have expanded the wine list so there are more than 100 available and have installed a smoker partly to offset the absence of a charcoal barbeque and the woodfired oven – two major Marrickville draw cards. “We've upped the flavour to make up for the loss from the charcoal,” says Martin.

Some Barzaari dishes have made the trip to the new digs, such as the tiropitakia (feta-filled pastries with burnt honey, lemon and fava leaves), the baklava with safflower and almond ice-cream, and the traditional sandpit-roasted coffee. Throughout the Eastern Mediterranean, before stove tops and gas burners, coffee was brewed in hot sand over burning coals. It's still practiced in remote regions of Jordan and Syria. "It’s our homage to the region, the way things were," says Martin. "The sand conducts the heat less abrasively than an open flame or stove top."

A number of vegan dishes are also available – such as a Mother In Law salad (cabbage, maple mayonnaise, sesame and caper leaf) and a salad of purslane (fresh and pickled served with garlic yoghurt and bulgur).

You wonder when Martin will ever get to sleep, because on top of making the bread, sweets and charcuterie he’s also making pita pizzas and smoked brisket sambos for room service at the 62-room heritage-listed Old Clare Hotel (which the restaurant is part of). The Barzaari menu is also available at the Old Clare’s bar – things such as dips, wings, sambos and more pita pizzas.

One thing they won’t be doing, though, is breakfast. The Marrickville restaurant used to host a Mediterranean brunch, but that won’t be happening in Chippendale. “I'll leave that to Clayton [and his across-the-road, A1 Canteen],” Martin says.