Bartolo in Surry Hills Has Relaunched as a Wine Room – With a “Big, Juicy Wine List”, Boozy Slushies and House-Made Pasta

Settle into the handsome dining room to tackle the 180-bottle-strong wine list, or grab some takeaway slushies from the old coffee window. 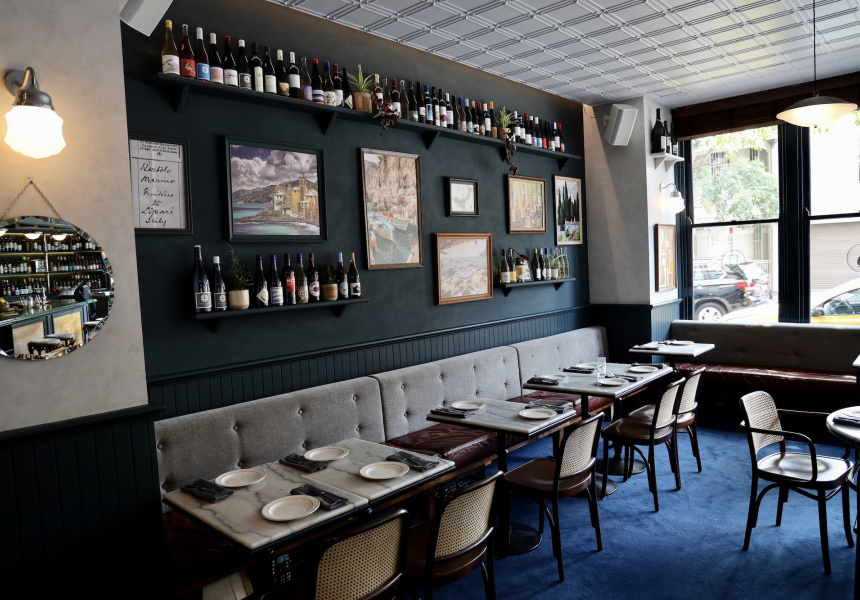 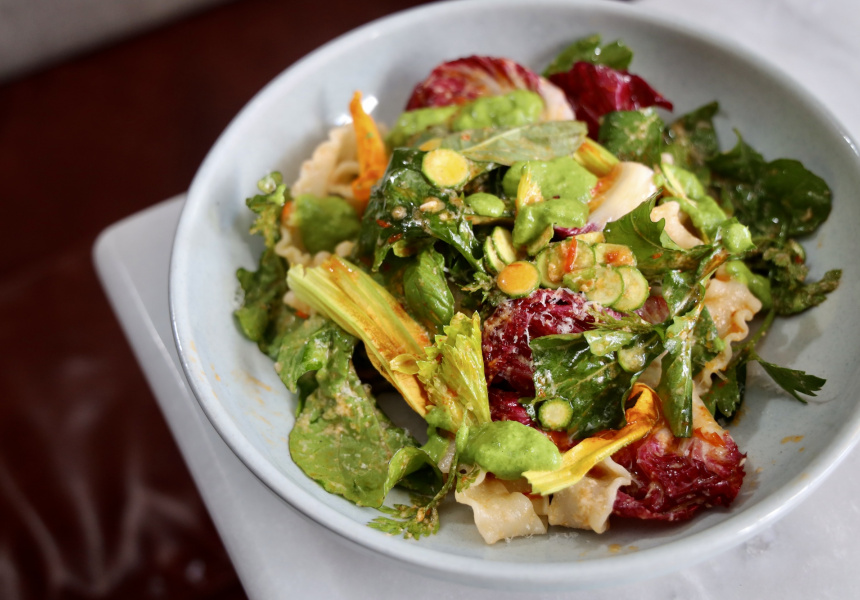 One of the biggest changes since Bartolo reopened a few weeks ago is that the coffee machine is gone. In its place are beer taps and an alcoholic slushie machine. It signals a big transformation for the former all-day Italian diner and cafe, which is now a night-time wine bar.

“We used the time since lockdown as an opportunity to rethink what we were doing,” co-owner Jared Merlino tells Broadsheet. “We cleared all the stock out and stripped it back to bare bones and sat with it for a while. Now I feel we’re doing what we’re really good at.”

Bartolo Wine Room is a better fit with Merlino’s other venues: bars Kittyhawk and The Lobo, and late-night restaurant and bar Big Poppa’s. But he doesn’t want Bartolo to take itself too seriously. Big Poppa’s wine list has won awards, but Bartolo’s is about having fun.

“It’s a nice, big, juicy, tasty list – with a few different things like skin-contact orange wines and naturals,” he says. “Before we were sticking to all Italian and Australian growers, but now we’ve opened up to anything we think is delicious.”

The wine collection is 180 bottles strong and growing, and for summer Bartolo is doing alcoholic slushies, available from a takeaway window that once served coffee to passers-by in the mornings. The menu was developed by head chef Sam Bennett (One Ford Street) to befit a wine room. “You can drink but also have a full dinner experience. There are more small dishes and things by the piece. It’s definitely a menu to sit and drink wine with,” Merlino says.

The space has been painted a moody dark blue, and shelving has been added to house the growing wine collection. Merlino is also awaiting council approval to take over the four car spaces out front. “If we get it, it’ll be an awesome summer with umbrellas and loungers,” he says.

He seems relieved to close the book on the unrelenting intensity of running an all-day venue. “It’s so exciting. Eighteen months ago we couldn’t have imagined taking the coffee machine out, but we’ve been able to stop and take our time. Now Bartolo is exactly what I want it to be – a great little wine room.” 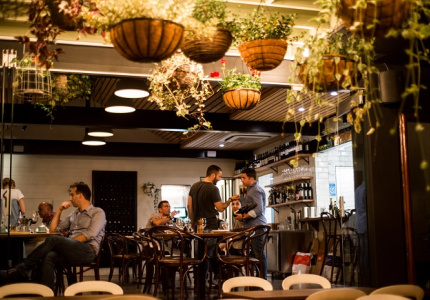 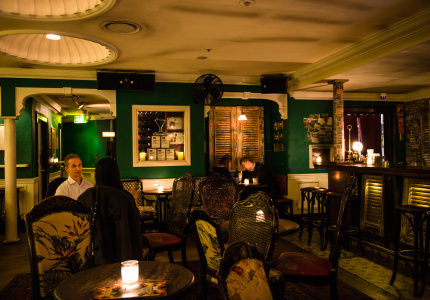