From the team behind Marble and Tokki, it’s mashing up the cuisines of Southeast Asia and the West, in a sleek and relaxed setting. 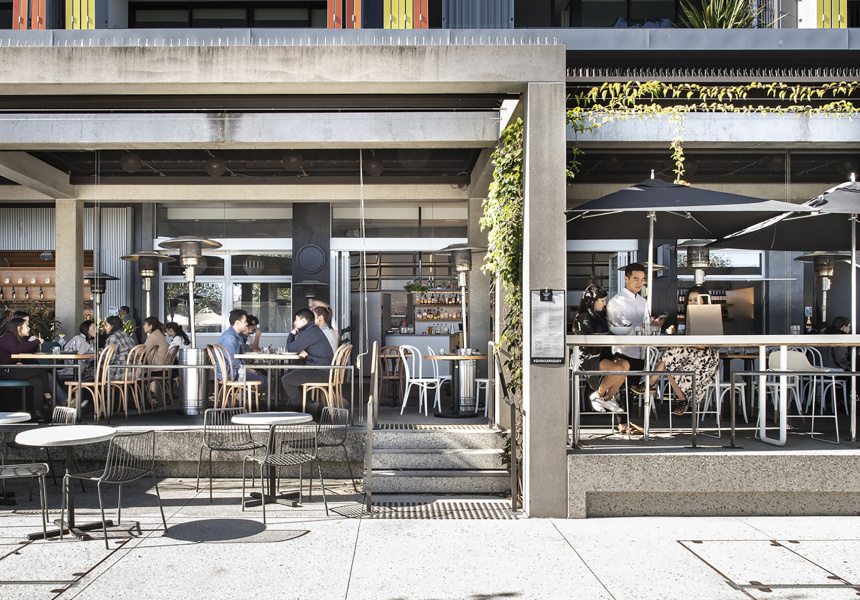 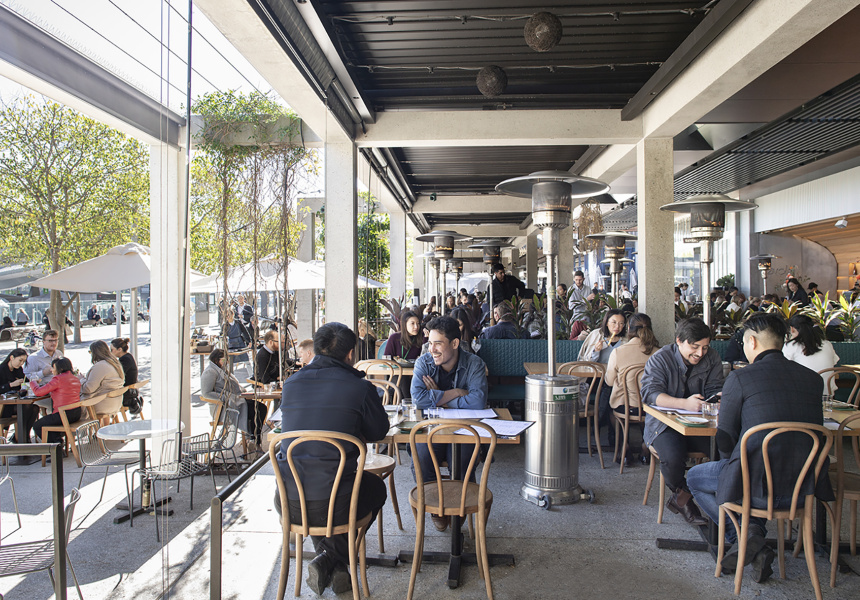 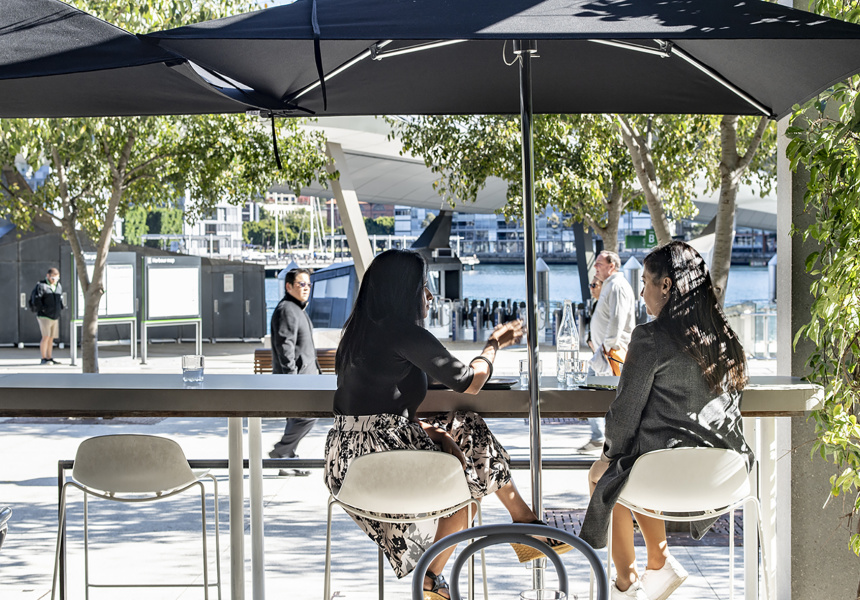 In a just a short time, relatively new venues Marble BBQ, Tokki, Kinhboy and Kogi – all operated by owner David Bae – have made names for themselves for their fusion of Asian cuisines with one another, and with classic Western dishes. Now, Bae has added another string to his restaurant bow with Barangaroo’s Khoi – in the space that once housed Vietnamese diner Phomo – which is also heavily embracing fusion, under the steady hand of Marble chef Jacob Lee. Lee has funnelled his energy and skills into showcasing a mix of Southeast Asian flavours anchored by Western and Japanese cooking techniques. Khoi is all about providing a spectacle of a menu to pique the curiosity of diners, as they enjoy the newly renovated restaurant’s relaxing outdoor setting, right on Barangaroo’s waterfront.

“There was a real opportunity to activate that space on the waterfront,” Bae tells Broadsheet. The result is a sleek indoor-outdoor dining room, furnished with simple bentwood chairs, a white-tiled bar and plenty of greenery softening up the concrete frame of the ultra-modern building.

“I wanted to do something a little cool and funky there. Along that strip, you’ve already got restaurants doing Japanese, Chinese and Italian. Southeast Asian fusion isn’t too common in Sydney, so I wanted to bring something exciting to Barangaroo in that aspect.”

Diners can expect dishes such as the Moreton Bay bug laksa – a colourful dish comprised of a Moreton Bay bug on top of a risotto cooked in a laksa base. The result is an unusual yet satisfying harmony between Western and Southeast Asian flavours. The dish stands out as an experimental showpiece, but it was one chef Lee knew could work if they got it right. “I wanted to combine Southeast Asian elements with Western ingredients,” Lee tells Broadsheet. “Laksa goes really well with prawns, so the Bay bug was the natural choice to pair with the laksa risotto.”

Lee has also introduced a rendition of banh mi, which is filled with chunks of foie gras, balanced out with pickled cucumber and coriander. Other dishes mixing and matching cuisines to great effect include a papaya salad with burrata; banh xeo okonomiyaki (in which Vietnamese pancake and Japanese pancake collide); and mi goreng topped with bone marrow.

Praise for the menu shouldn’t just be directed at Lee, he insists. “I have to give a lot of credit to my two sous chefs, Andi [Susanto] and Kevin [Jeon], as we all come from different cooking backgrounds. One of them has a Southeast Asian background and the other has a Western background. So, I would propose these big ideas and concepts and they would help me work out all the details that would help build that dish.”

While the group’s other venues are also heavy on fusion, Khoi has its own identity. “I guess people are starting to think of us as the ‘fusion guys’ now,” Bae says. “But I do think we’re offering something really unique with Khoi, with the Southeast Asian modern hawker concept. Jacob and the team we’ve got working are just incredible. Some dishes I look at it and go, ‘How did we come up with that?’, so I think people are in for a real treat.”