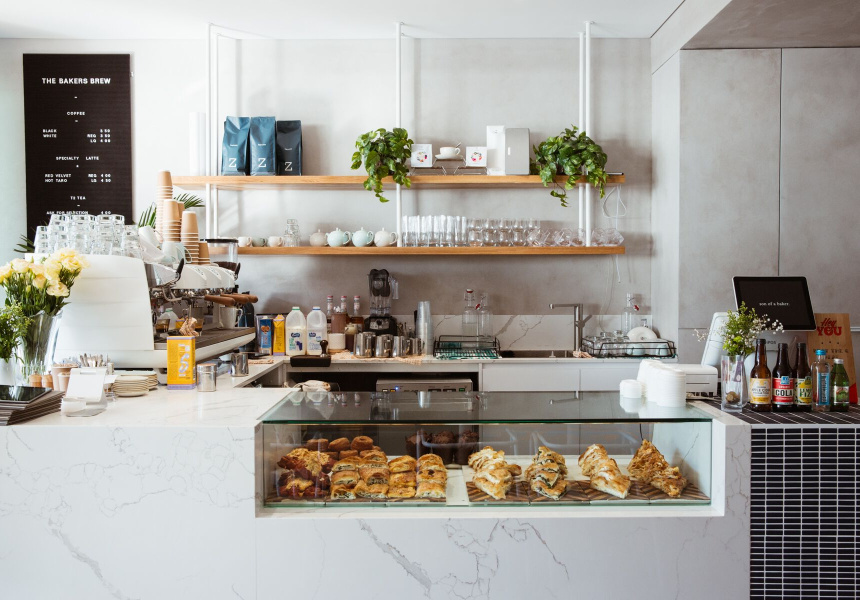 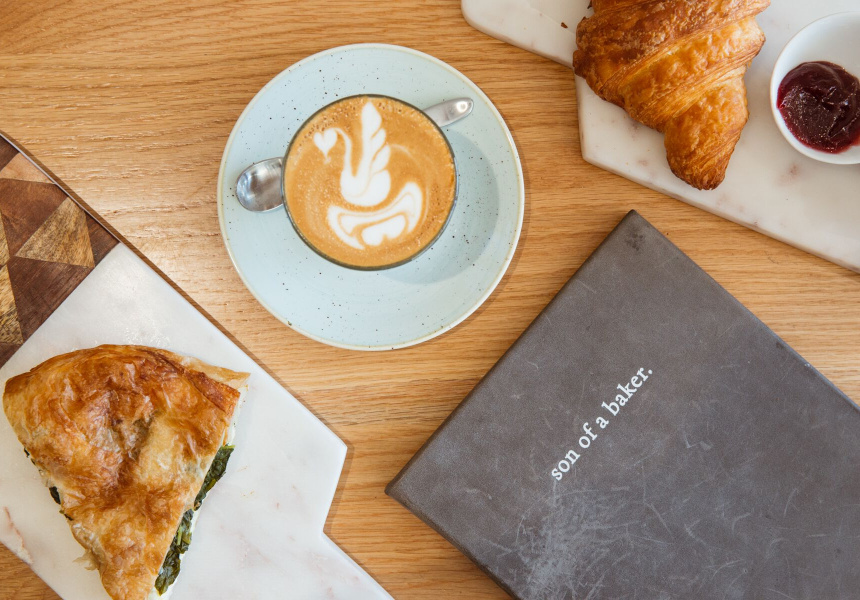 Roman Urosevski and his business partner Marcus Gorge arrive at 4am daily at Son of a Baker long before the sun peeks over the horizon and floods the cafe with a lovely light. It’s the only cafe in the vicinity – it’s located on a quiet stretch of San Souci’s Grand Parade opposite the beach – and at that time it’s a hub of activity.

Each morning the vast marble baking counter at the back of the slick cafe sees dough for 30 types of burek (a Balkan pastry) stretched and folded, and trimmed and filled with things such as ratatouille or ricotta and spinach. Vegan burek options are also available, which Son of a Baker is proud of.

“It’s really cool to watch the dough for burek being made,” says Urosevski, who the cafe is named after and who learned his trade from his father Tom at Alexander’s Bakery, a Rockdale institution. “We wave the dough through the air, stretch it out and rip the fat [excess dough] off the outside to end up with something uniform.”

While the full array of burek are available at Son of a Baker’s Miranda outpost (up until recently it was called Alexander’s Bakery), here they offer five or so types. Roughly the size of a large slice of pizza, they’re delicious, especially the spinach and ricotta one; the saltiness of the flaky pastry balances well with the creamy filling.

They’re not the prettiest dish on the menu – that crown belongs to the lavender pancakes stacked with layers of mascarpone, with the grilled scallops and lobster tail with avocado, black caviar and orange gel a close second. The zucchini flowers served on a flaky, savoury Danish is also pretty.

Gorge (who recently sold Ultimo cafe Local Mbassy presides over the menu. “I’m always following fine-dining chefs,” he says, “and I wanted to create dishes that you don’t normally find in cafes.”