A Bakery for Knafeh

A repurposed shipping container turns into a bakery serving a traditional dessert from Jerusalem. 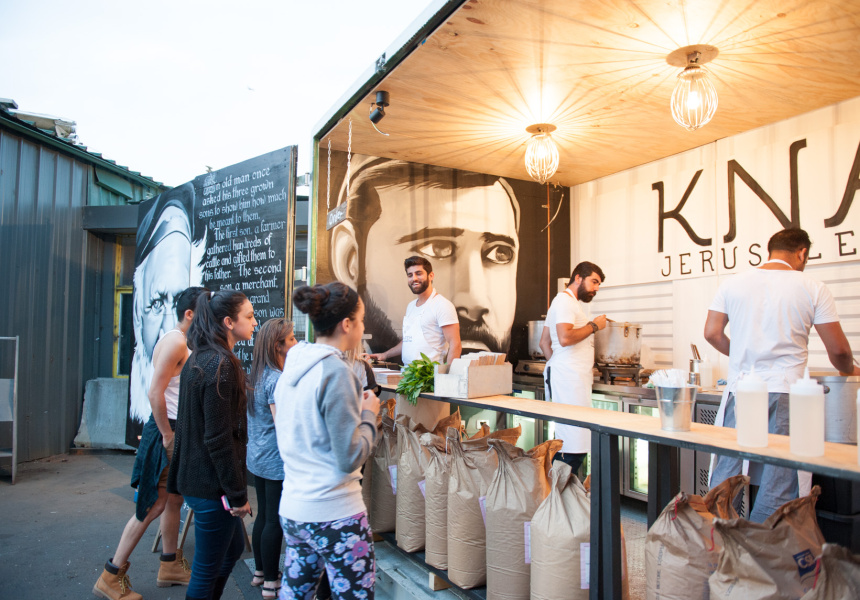 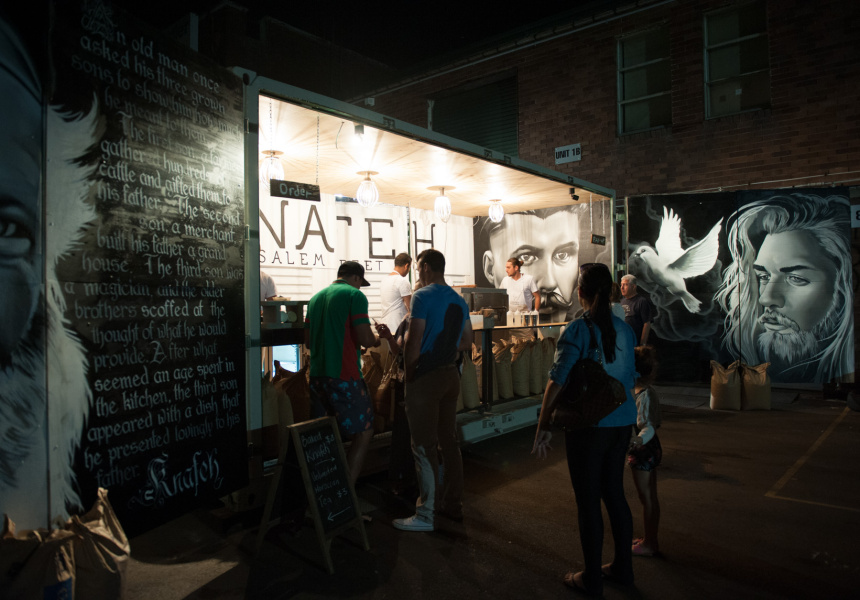 Rich, creamy, sweet, cheesy, sticky and crunchy – few desserts can lay claim to all those adjectives, but knafeh (pronounced ku-na-feh), the traditional sweet of the Levant is special. A bakery dedicated to the dessert, aptly titled The Knafeh Bakery, has set up shop in Strathfield in a repurposed shipping container-come-bakery.

“We come from a family of hospitality, and this is inspired by the bakeries of Jerusalem,” says owner AJ (Ameer) El-issa, who’s helped by his mother Nabila and siblings Joey and Mouna. The El-issa family’s version of knafeh established a strong following at its Shisha Bar & Grill in Croydon Park. Its popularity sparked the idea to convert a shipping container into a purpose-built bakery serving only knafeh and its perfect accompaniment, sweet Moroccan tea.

El-issa describes knafeh as a, “sweet cheese semolina pudding with a fine crumbing mixture on top that is baked crisp to create a crunchy, crumble coating with a hot, oozing centre.” It is served with crumbled pistachio topping and doused in sugar syrup.

The shipping container tells the legendary story of knafeh and its origins through the street art of Warrick McMiles, and its open-plan layout has been designed to showcase the making and baking of the knafeh. “It’s about the theater of the bakers,” says El-issa. “You can see everything happening. It’s about the experience and six bearded men dressed in white.”