Backyard Smoked Meats at The Erko

The inner-west pub is spending 12 hours a day cooking its meat. 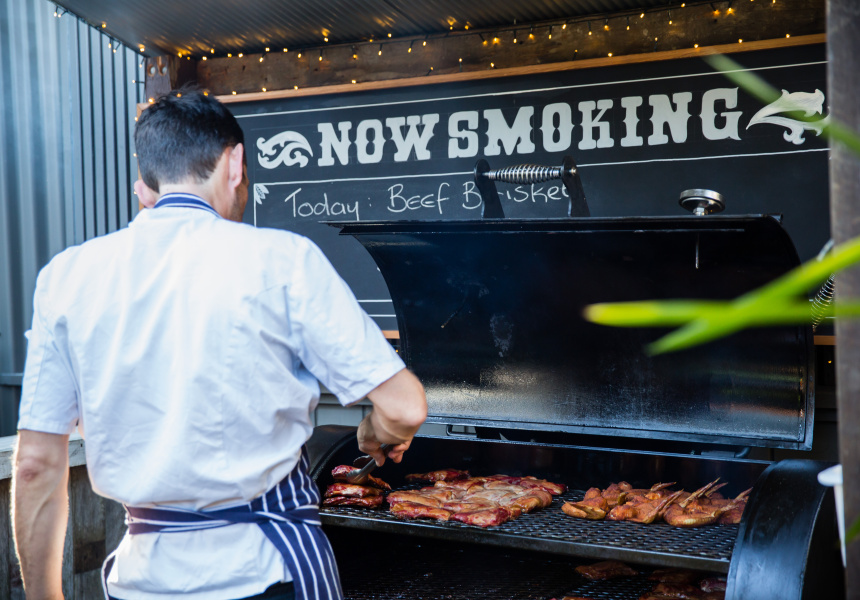 There’s a revolution going on at The Erko (as it’s affectionately known). The homey local has abolished the non-descript pub food of its past and launched a new era of succulent smoked meats. Thanks to a new backyard smoker, the menu now includes Southern-style American smoked and barbecued meats. Licensee Holly Hancock says she wanted to do something new without disturbing the pub’s living-room vibe.

“There seems to be a real barbeque/smoker revolution going on right now. We felt that it was a great fit for the Erko.” Hancock says they had the smoker working covertly for a while, but they didn’t want anything to become menu-official until the product was perfected. Hancock and chef, Antoine Loew, have now settled on a daily routine that involves up to six hours of smoking followed by another six of barbecuing. The resulting meat slabs are crimson, soft as a milk bun and incredibly juicy. The Erko is most proud of its brisket and chopped-pork collar, but we fancy the baby-back ribs lathered in viscous barbecue sauce, and the succulent buffalo wings encrusted with a layer of zesty spice.

It’s an exciting addition to the American food scene. “The main thing to keep in mind is that we are just as passionate about smoking as we are about the actual barbecuing side of things. We do our own bacon, fish and even cheese,” Hancock says. Most of the non-meat-slab smoked goods come together to make plates of hearty salads and delicious but messy burgers.

Hancock was enthusiastic about the Erko’s progress but is wary of betraying the original charms of the pub. Thankfully the original atmosphere and craft beer selection haven’t been touched. “When time permits we will also start doing masterclasses and dinners for anyone keen to come and learn about how it’s all done,” Hancock says.