Try the handmade parcels in-store or take home the ingredients – and a recipe – to make them yourself. 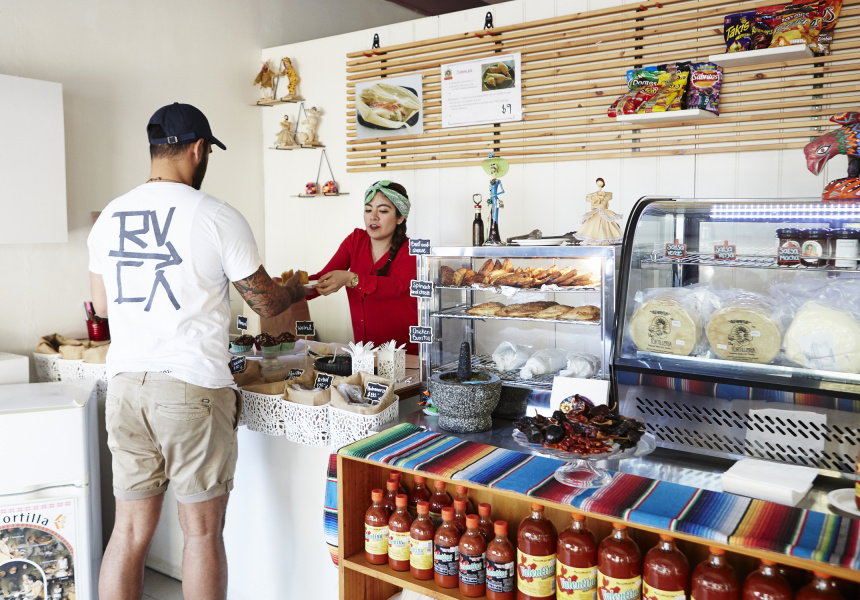 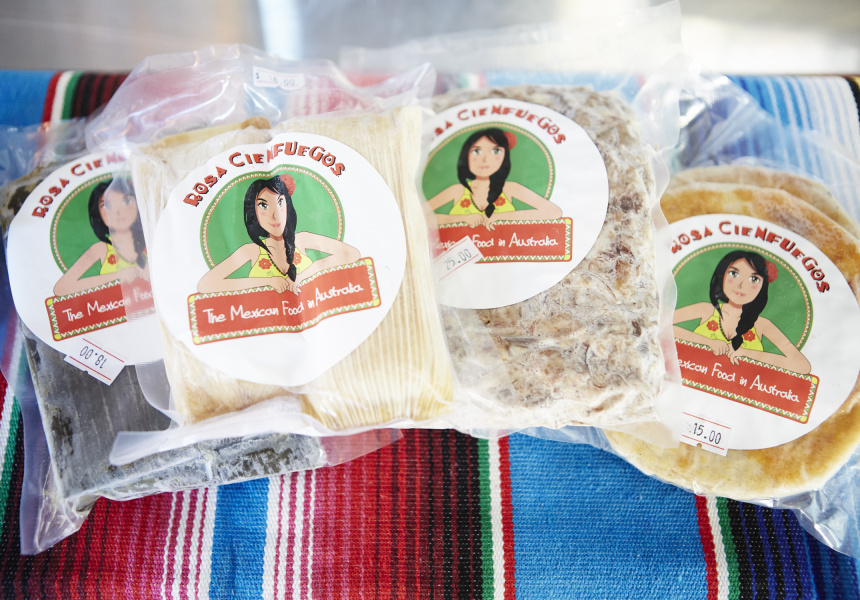 But then I take the reins, spooning the masa – a mixture of corn flour, lard, baking soda and chicken stock – onto the softened corn husk and the sticky mixture refuses to behave. Once it’s wrestled into a passably even coating, I add shredded chicken and a spoonful of salsa verde and try to roll it into a compact rectangle. Sitting next to Cienfuegos’s neat, co-operative packet, my tamale is lumpy and looks like it wants to spring open.

Cienfuegos is kind. “It’s okay, everybody has different ways of making them. It’s really hard to get them perfect,” she says, holding up two corn husks, one small, one large. “Sometimes you have to patch small ones together so the tamales all come out different shapes and sizes.”

They might look different but each charmingly handmade tamale is precisely 215 grams. Cienfuegos can intuit the right weight because – between her eponymous catering business and the highly regarded La Casa Latina pop-up at Addison Road Community Centre – she might make anywhere from 70 to 500 in a day, depending on the occasion.

The deli has two types on offer: Mexico City-style pollo con salsa verde (chicken with green salsa) steamed in a corn husk, or Oaxaqueno-style (pronounced “wahakenyo” and from Oaxaca, a city in southern Mexico), made with masa and chiles poblano con queso (mildly spicy Mexican capsicum with cheese) steamed in a banana leaf.

Cienfuegos’s deli is a way to offer her native cuisine to Australians every day of the week. “In Mexico of course we eat at home, but on the streets, there’s food everywhere,” she says. “If you’re running late in the morning, you can grab a tamale for breakfast on the corner. At lunch in the office, you go downstairs for tacos.”

She says authentic Mexican food such as hers doesn’t exist anywhere in Sydney or even in Australia. “I’m offering the food that Mexican people miss,” she says. The shop also gives her the chance to educate punters about the cuisine. “Eventually I want to have a wok set up at the front and invite people to see how to use the ingredients. If someone wants to cook Mexican food, these days they can probably get all the ingredients, but they might not know how to use them.”

As if to prove her point, a customer buying chicken and a stack of tortillas points to the baskets of dried chillies on the counter. “What are those?” she asks.

The offering of dry goods is small, for now, but there are all the essentials for making authentic Mexican food, including tamales. Cienfuegos will happily share the recipe, even for the addictive goes-with-everything salsa verde. “I don’t need to keep my recipes secret. I love Mexican food and want to share it with people here.”

This article first appeared on Broadsheet on September 27, 2018. Menu items may have changed since publication.