An Artisan Butcher Carves Out His Niche in Surry Hills

His butchery is taking on the supermarkets by offering cut-to-order meat, and has a mini restaurant attached. 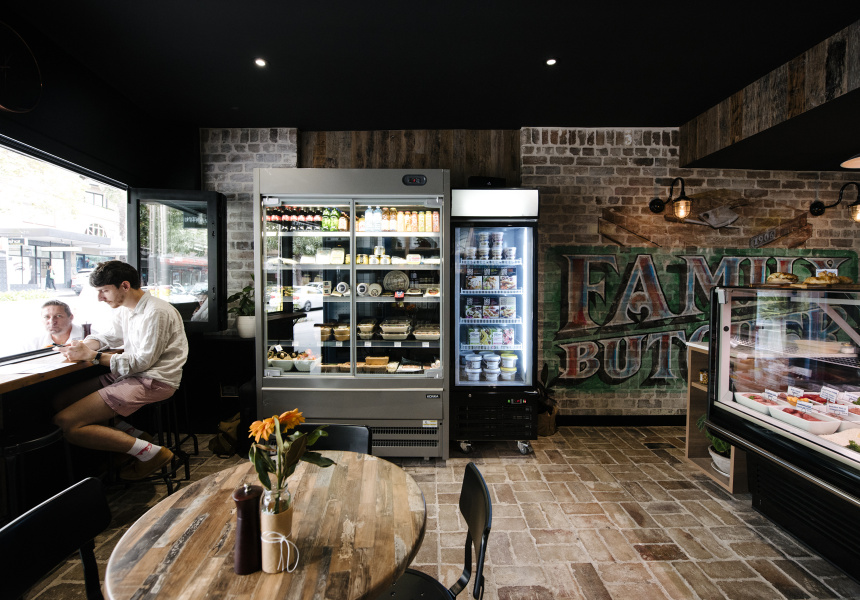 Ardi Edgu has been in the butcher trade since he was 11, working in his family’s Surry Hills shop – the first halal butchery in the area. It’s not an unfamiliar story, but one that often ends with the protagonist continuing the trade in the same way his teachers taught him. This one is slightly different.

With Ardi's Block to Grill, Edgu decided to flip the butcher format and try something new. “The traditional butcher shops are all closing,” he says. “The supermarkets have squeezed them out, so I had to change.”

The first difference you notice is the tables set with salt and pepper and a menu of burgers, hoagie rolls (long flat rolls) and sandwiches. The next oddity is the display case. Instead of the usual glass box filled with every cut ready to go, it’s stocked with a small selection of premium goods (Ardi's serves only raw or aged cuts from the very best beasts in Australia). The rest is cut to order in front of you on the butcher’s block so you can see every proficient slice and snip of the blade – a skill Edgu honed at Terry Wright, Hudson Meats, David Jones and, of course, Bizim, the original and now-closed family halal butchery in Surry Hills. “I wanted to create that old-school one on one – you tell me what you want, I cut it, prepare it and string it. The core values of the traditional butcher are beyond the actual butchering. It's about community. You talk to the people, you must [build] a connection,” he says.

There’s a simple menu almost entirely built around the eminently accessible format of meat in bread, such as house-made mince and pulled lamb. Steaks are also an option, as are eat-in versions of the fridge selection of takeaway salads and snacks – meatballs, stewed lamb shanks and lasagne.

Behind the counter Edgu is joined by his son and daughter, who he hopes might one day continue the trade like he did. “It's not like when we were young, you can't force it, I have to be more indirect,” he says. “Hopefully they feel the love for it.”

This article first appeared on * Broadsheet *on October 29, 2018. Menu items may have changed since publication.