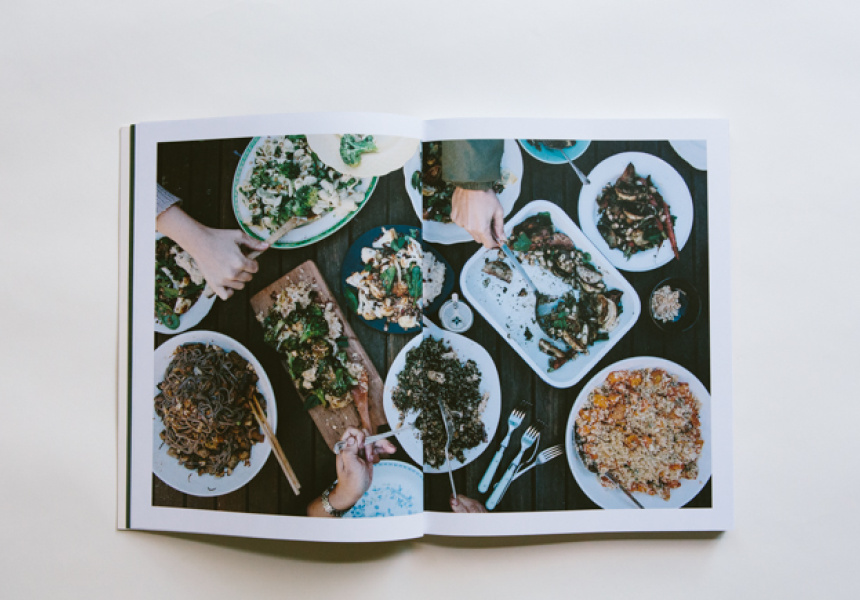 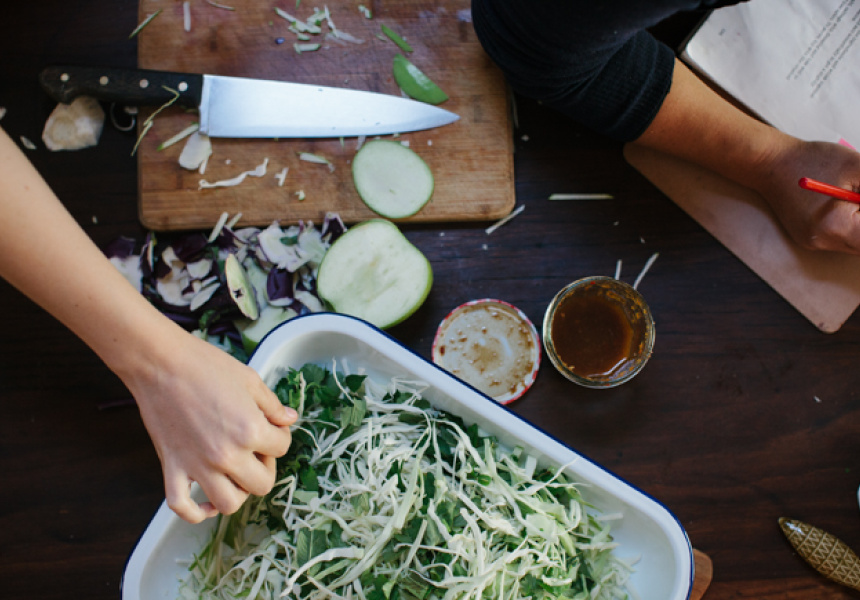 A selection of Arthur Street Kitchen’s favourite recipes has been brought together in the cookbook Community, so you can DIY at home.

“I’m really delighted,” says Hetty McKinnon. Hetty’s one-woman show Arthur Street Kitchen is the lunch delivery service keeping the residents and workers of Surry Hills full of colourful, vibrant vegetarian salads. “When we got it, it was the first time we’d seen it full size and in colour, but it looks wonderful and it conveys the warmth of what we wanted to achieve,” says Hetty, “and I hope it’s bit different and a bit understated.”

“For me it was always about community,” says Hetty, “The business has grown because of the people. My style of food and the bike delivery is all a bit wacky, but people have embraced it and that says a lot about the community and the people of Surry Hills.”

The book is full of recipes ideal for occasions and sharing with friends, including char-grilled fennel and asparagus with pearl couscous and coriander oil, ginger peanut kale with tofu and quinoa, and barbecued corn and roast pumpkin with black beans and jalapeño sour cream.

“I wanted the recipes to be things that people can share and that’s that a big part of the recipes I chose to include,” says Hetty, “I wanted to encourage everyone to slow down and to treat meals as a celebration.”

NOTE: After selling out her entire print run in just three weeks, a second reprint of Community - Recipes from Arthur Street Kitchen has been picked up by PLUM, an imprint of Pan Macmillon and will be released in May 2014 with a wider distribution.

We went behind the scenes of the cookbook here.