Up in Arms: the Youth Food Movement

Pulling a homegrown carrot from a curbside veggie patch, exploring an off-the-grid eco-property, preserving kilos upon kilos of late-harvest tomatoes – the Youth Food Movement is all about getting punters’ hands dirty in a bid to create thought-provoking interactions with food. 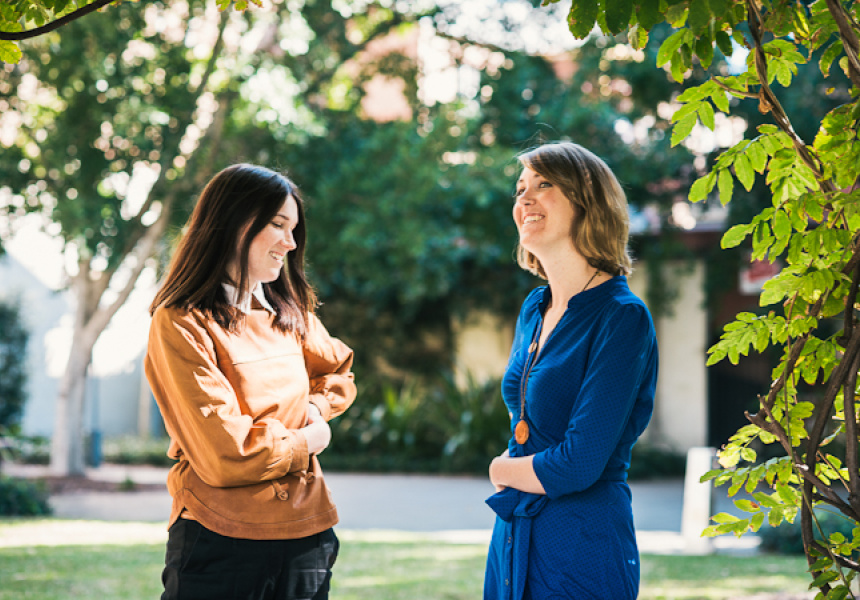 “Everyone has a relationship with food, we just ask them to deepen that relationship,” says Youth Food Movement (YFM) co-founder Alexandra Iljadica. “You already do it three times a day, but how can you do it better?”

Working to improve public food literacy and focusing on sustainability, Iljadica and co-founder Joanna Baker led the creation of the not-for-profit with a handful of others while studying for their bachelors of science in nutrition.

It all kicked off with a dinner of like-minded folk in 2011, where friends met to ponder any and every pressing food-related issue. Baker explains that initial group enthusiasm anchored the need for a broader, established organisation: “When we realised there were people out there who really cared about this, we had to take a step back and go, ‘What is YFM and who do we want to be?’”

Working as a platform for discussion and engagement with food issues was key for the group to encourage education rather than instruction. “There’s so much cool stuff happening in the food space, but none of that is going to get off the ground if there isn’t a consumer base that has the capacity and the motivation to support it,” adds Baker. “So how do you generate that? By building people’s knowledge, awareness, skills and abilities.”

Things ramped up in 2012 with the inaugural Passata Day – a farm-bound cook-up dedicated to transforming tomatoes into that traditional Italian sauce – and Reel Food Nights, an evening of films about food for 250 guests in a Rozelle warehouse with catering from the Veggie Patch Van and a bicycle-powered projector.

Just last month, their Guerrilla Dinner was hosted in The Rocks Windmill, a pop-up space that welcomed one-off creative events during its month-long tenure. The intimate dinner for 30 featured conversations, crowd-sourced dinnerware and an entirely local menu. Taking seasonal sourcing to the next level, YFM volunteers even headed a couple of hours out of Sydney to Belanglo the weekend beforehand to forage for saffron milk caps (the wild pine mushrooms made their way into baked paper parcels for the dinner’s main course).

All this while Baker and Iljadica hold down day jobs. “The team donate a huge amount of their time to this,” says Baker. They’ve seen a shape-shifting core crew since that first meeting of the minds, now managing some 30 impassioned and skilled volunteers who work in project teams on the likes of marketing, web development and fundraising.

“Connecting young people to the source of their food is ultimately what we need to do, because they are the future generation about to inherit this food system,” says Baker on the role of youth in their work. It’s a vision shared with other YFM chapters, so far cropping up in The Netherlands, UK, Germany and soon in Melbourne.

“We’re not an events company,” says Iljadica. “We’re about something much bigger.” Pointing to plans for “growing the movement”, the next six months will see a drive toward more behind-the-scenes advocacy work. Fear not, though. There will soon be another Reel Food Night later this year, set to include an original YFM mini-doco exploring the faces behind those who feed Sydney. Watch this space.