The Uncle Ming’s team opens a Nordic restaurant-bar behind a secret passageway. 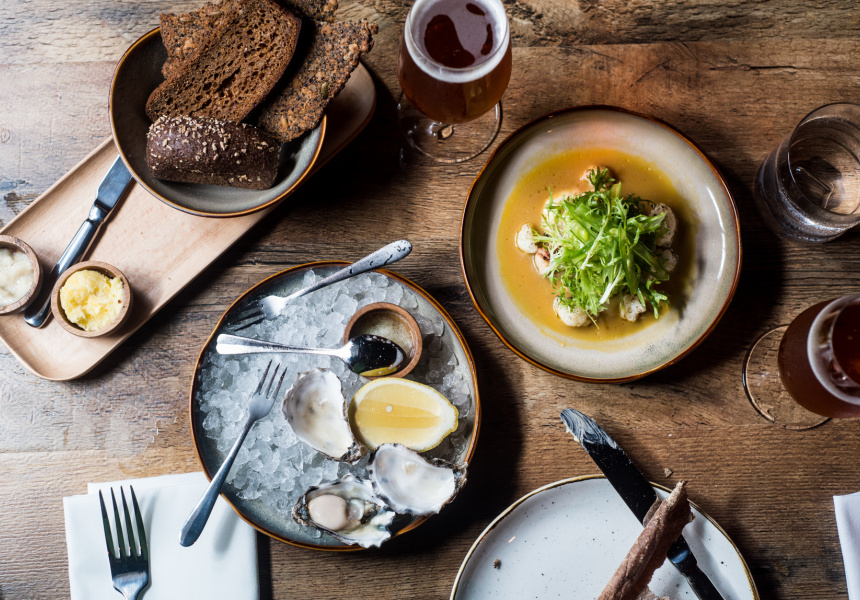 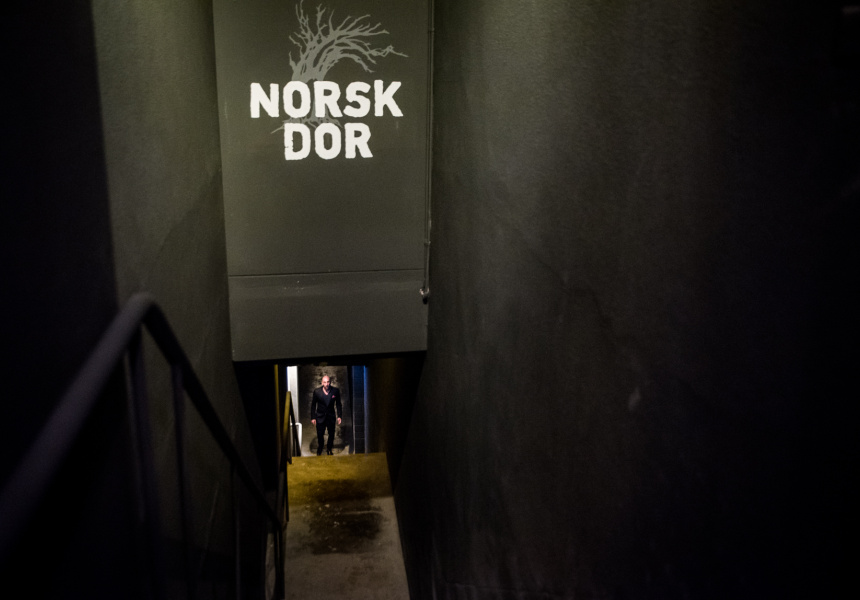 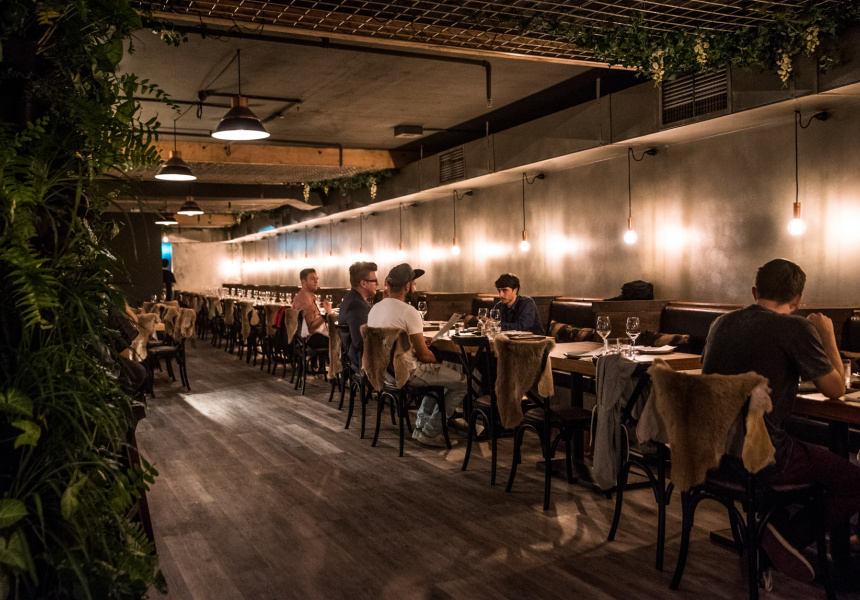 At 70 Pitt Street there’s a silver door. Next to it, a lock with a blue button. Press it and you’ll be invited into an eerily bleak, long hallway. At the end there’s another door with a security box. Press the button and a wall covered in vines; a bar set with amber cocktails; wooden tables draped with animal pelts; and plates of bone marrow, sea urchin and venison is revealed.

This is Norsk Dor, once an empty storage unit and now a new, clandestine Nordic-themed restaurant. Behind the fit-out, furnishings and menu are Stephen Byrne (manager) and Damien Domineco (chef). “There was nothing here. This was basically a blank palette. What can we do in this space? How can we push ourselves?” Byrne says. The duo is ambitious and excited, and it shows in both Norsk Dor’s space and the menu.

They’ve done well to fill the concrete bunker with enough wood, plants and warm lighting to make the industrial space feel a little like sitting in a hunter’s log cabin. Domineco’s menu uses minimalist, Viking-style techniques. The gravlax, for example, is made the way Domineco learned to do it in Sweden, with sugar and salt only. “Even my chefs find it hard to believe, and think I should add vodka. But this is what Nordic food is. It's really simple ingredients,” says Domineco. He also improvises to present a theatrical, if slightly chaotic – there is a lot going on at once – Nordic feast.

To start, order’s impressive array of Nordic breads, such as crisp rye bread, seeded rye bread, pumpernickel, flat rye (and one from Darren the Rye Guy), with lard and butter, or an oyster or two with a beautifully paired sour-cider sorbet. After, try a house-smoked fillet of eel with an orange gravy and seagrass; a salty log of bone marrow; or a large platter of venison done three ways and root vegetables, some pureed, some mashed and some crisped.